Imagine this. Onto Britain's drab high streets you have introduced a thriving retail format, growing fast and clearly serving a customer need. What's more, these aren't pound shops or pawnbrokers, with their tawdry reminder of the economic gloom; they are bright, optimistic environments selling high-tech leisure equipment and aspirational furniture. Yet, when you announce stellar results, with revenues up 17%, the acknowledgement from the press is tempered with a palpable unease.

The brand is BrightHouse, and the squeamishness about celebrating its success arises from its business model: rent-to-buy. Its blue-collar customers typically end up owning their smart TV or leather recliner set by paying weekly instalments over three years. What pricks the conscience of the commentators is their concern about the APR – running at just under 30%.

For chief executive Leo McKee and his marketers, piloting BrightHouse must be like working in an ongoing good-news-bad-news joke. The good news is that your customers like what you do so much that you will open 35 new stores this year. The bad news is that busybodies, from The Observer to Barnardo's, think they know better than those customers what is good for them.

The charity Credit Action is typical in its dismissal of the chain, advising consumers to save for new goods rather than pay its high credit rates. Sure, people could put aside £4 a week at near-0% interest and get a new HD TV in time for the Olympics - but it will be the ones held in Rio, not London. Or they can choose – that verb is deliberate – to pay £5.80 a week instead and have it to watch right now.

'Right now' is the bit the commentators don't get about a cohort that chooses to live, not by middle-class modes of deferred gratification, but for the moment, willing to trade off a little long-term affluence for immediacy. It is a free choice in a free market; the customers have deemed the credit terms to be worth it. Why the angst?

Still, it could be worse: you could be a marketer at Wonga, the phenomenally successful payday loan brand. Your ad tops the recall ratings, and Marketing asks the cultured Richard Huntington, director of strategy at Saatchi & Saatchi, to comment – who tortures himself in trying to both praise the creative idea and express deep misgivings about the use to which it has been put.

Huntington falls in with the many who characterise the Wonga customer as 'vulnerable', rather than someone with a brain who could use a few quid until the end of the month and is quite able to understand precisely what the service will cost.

That precision is testament to the clarity of the Wonga website, with its interactive slider that shows you to the penny what you are in for. The representative APR of 4214% is clearly displayed, even though, by law, this must be arrived at by assuming a year-long loan and compounding daily – two things the business doesn't do.

Wonga and BrightHouse are brands that understand a cohort many businesses have lost touch with, pioneering a formula that combines immediacy, optimism and simplicity without patronisation.

They are successful and their customers rate them – Wonga's Net Promoter Score is up there with Apple's. Do they really deserve our disapprobation? Or is it time for a little credit? 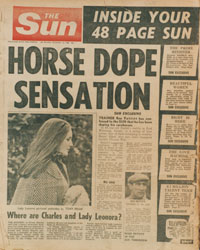 Helen Edwards: Too many marketers ignore their primary task