In the late 60s, when the hippy-commune culture was at its zenith, a young ecologist wrote an essay that would not merely challenge the utopian dreams of his times, but exert influence over economic policy for decades to come.

He was Garrett Hardin, whose seminal paper, 'The Tragedy of the Commons', published in Science, owed its influence to the logical force of its argument against common ownership.

Hardin set up a parable in which the reader is asked to imagine an area of pasture 'owned by no one and open to all'. What is the rational course of action for each herdsman? Self interest dictates that he will add to his herd and maximise his use of the common grazing land, if only because he reasons others will do likewise. When all indeed do, the pasture is slowly destroyed. Hence the tragedy.

Hardin showed that the principle was at work in numerous stretches of society - from water supply to highway use. The best contemporary example, both of the concept and the tragedy, is probably the NHS. Since this shared, finite resource is free at the point of access, there is no disincentive against its misuse, and no compunction on individuals to take responsibility for their own wellbeing.

The 28-stone man who seeks bariatric surgery may have funded his own perpetual grazing but it is society, through the NHS, that must pick up the tab for his repair. With no brakes on use, the system eventually reaches the ruin Hardin so eloquently predicted.

Still, common-pool resource systems do not have a monopoly on tragic outcomes, as organisations at the other end of the socio-economic spectrum, from Enron to HSBC, have testified.

The exciting space now is between the two extremes of naive utopia on the one hand and rabid commercialism on the other, with the emergence of 'civil brands'.

Shared bike schemes are a poignant example, since their genesis dates back to Hardin's day, with the first such venture in Amsterdam. Those white-painted bikes were free and there was no restriction on use, so the tenets of the essay were rapidly proved; many bikes were stolen and others were given ghost-rides into the city's canals.

The modern schemes share the 60s ideology but diverge on the practicalities, combining civil ownership with some cost per use.

The London scheme, for example, encourages a sense of personal responsibility by offering discounts to those who sign up to an annual membership, and deters overuse through a pricing structure that rises steeply after the first hour.

There is also a change now that Hardin could not have envisaged: technological advance. Through satellite-tracking, and micro-payment systems that tie use to named individuals, civil obedience is encouraged - as though the neighbours were keeping a permanent watch on the commons.

Civil brands work to a range of different models, but all combine some form of membership with intelligent management of use. They are an experiment in progress, and some will doubtless fail. Nevertheless, to imagine that there is no alternative between the rapacious capitalism of HSBC, and the hopeless communality of the NHS, would be the real tragedy.

Helen Edwards has a PhD in marketing, an MBA from London Business School and is a partner at Passionbrand. Follow her on Twitter: @helenedw. 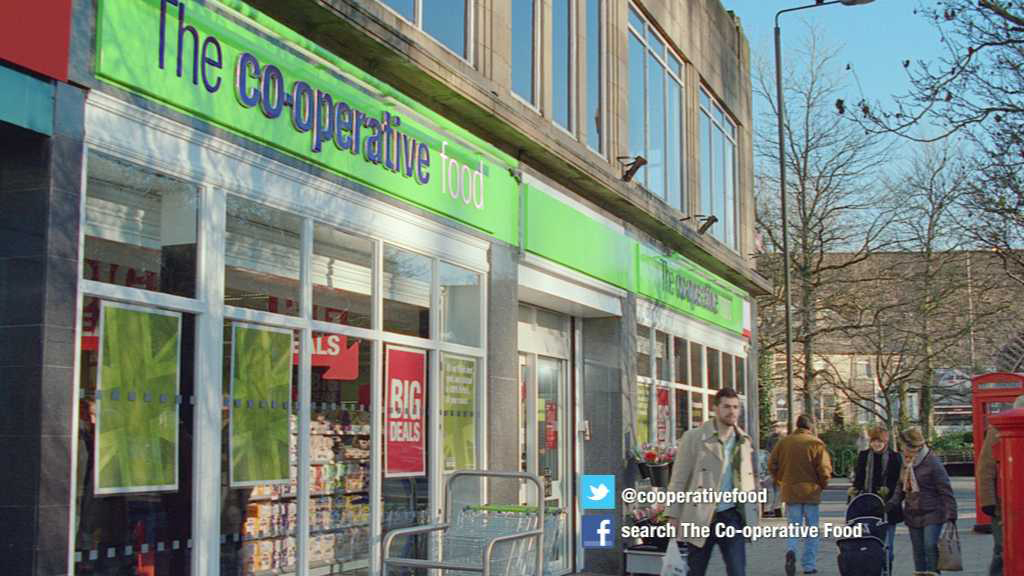 - Circle Health, Europe's biggest healthcare partnership, sits somewhere between the NHS and the private sector. Its hospitals are owned by the clinicians and staff who work in them, which aligns incentives and allows everyone, in Circle's words, to 'focus on putting patients first'.

- Ovesco. This small but visionary energy company opened the UK's first 100% community-owned solar-power station in July 2011. The £307,000 installation cost was funded by local people and the energy created is used by a local brewery, with the excess sold back to the national grid. An added bonus for the community was the creation of a beer - Sunshine Ale - to commemorate the achievement.

- The venerable Co-op, founded in 1844 by 28 Rochdale flannel weavers, offered members fair prices and rewarded them through the dividend card - the first loyalty scheme. Earlier attempts failed in a way Hardin would have predicted, by offering credit, which customers abused.

- New York's Citi Bike scheme, launched this summer with 10,000 bikes, will be the biggest in the US. Profits will be split between the operating company and the city of New York.