The projected economic boom in more than 400 cities in emerging markets presents a thrill and a challenge to marketers.

It was a much-parodied conceit of luxury brands: the tastefully displayed list of cities in which their high-end merchandise could be obtained. London - Paris - New York - Los Angeles - Tokyo.

The intention was to signal, not merely the internationality of the brand, but also the urbane sophistication of its natural clientele. The spaces in between those first-rank cities - smaller towns, countryside, vast tracts of land - were implicitly dismissed as not worthy of consideration, the targeting equivalent of 'the flyovers'.

Today, the device might be adopted by brands of all stations, and not as a conceit, but as a reality. The list of cities will differ markedly: Lagos, Bogota, Chongqing, Dhaka, Jakarta, to name just a few. The point is no longer to evoke the notion of an urbane elite, but simply as recognition of the Urban Consumer. Increasingly, the terms are entwined.

The moment when cities first accounted for more than half of humankind was reckoned to have passed in 2010. Population is not the most important measure, though, of the significance of the city. Taking up just 2% of the world's land mass, urban areas concentrate 80% of its economic output, and 75% of its CO2 emissions. They are the seat of humanity's greatest challenges and also the cauldron of its ambition and invention.

A report published recently by McKinsey Global Institute (see 30 seconds, below) examines the trends behind the heady statistics of mass urbanisation, and extrapolates them to our increasingly concentrated future. It predicts that half of the global GDP growth by 2025 will be generated by 440 emerging-market cities, which will be home to 600m people.

Since these burgeoning cities can differ from one another profoundly even within the same nation - by demographics, history, wealth and growth - McKinsey argues that business needs to take a more 'forensic' approach to global targeting, adapting brand offers to individual cities rather than geographical regions.

I can add a little anecdotal weight to that contention. Last week I flew to Mumbai for a marketing workshop and, from experience, figured we would at some point get to the tensions between global and local marketing exigencies.

We did - but with a new twist.

The local marketers made the case for different branding approaches for cities within the sub-continent - so an innovation and consumer promise for Delhi might be completely changed when the same brand launches in Chennai.

The standard response is to invoke the higher-order virtues of global alignment. This is hard enough even when you're working with a single, smaller market such as Sweden. Yet Delhi alone is two Swedens, with a GDP growing 18 times as fast.

Global marketers have never had an easy job, and rarely have they been loved; they are seen to look in from gilded perspectives in old-world centres and idealise the connectedness of a mass of humanity. The explosive rise of nation-sized cities, changing more dynamically than the regions in which they sit, makes the task harder. There are no neat lines, few homogenous spaces on the map, no 'EMEA' or 'Latam' solutions.

That is both the thrill and the challenge for global marketers - especially if they happen to run things from places like London, Paris, New York, Los Angeles or Tokyo. 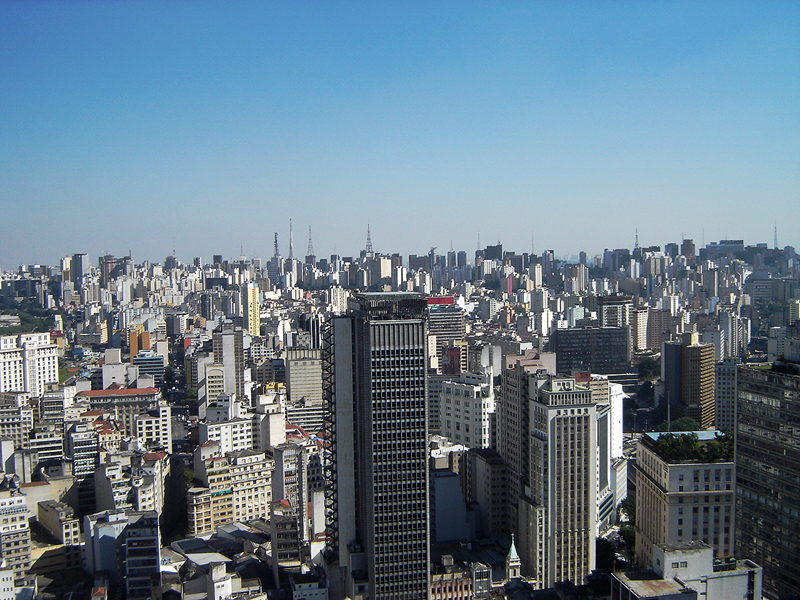 'Urban world: Cities and the rise of the consuming class' was published by McKinsey Global Institute - the economics research arm of the consulting firm - last month

- Global GDP growth is concentrated in just a few hundred cities. The City 600 - McKinsey's name for the 600 urban areas contributing the most to GDP up until 2025 - will comprise 65% of total growth for this period.

- More specifically, GDP growth is coming from emerging cities. Of the urban areas in the City 600, 440 are in developing countries. Yet this group - the Emerging 440 as McKinsey calls it - will make up 47% of all growth to 2025.

- Twenty of these emerging powerhouses are megacities - conurbations of at least 10m people. Including Sao Paulo, Istanbul and Shanghai, this group will generate an estimated $5.8tn of growth by 2025.

- The result of this growth is a boom of people with cash to burn. One billion more people in cities will become part of the 'consuming classes', McKinsey's term for those earning at least $10 a day at purchasing power parity. These people don't just subsist anymore - they have discretionary income.

Helen Edwards: Too many marketers ignore their primary task