The existence of the licence fee shields the BBC from the true, bottom-line impact of a dramatic shift in consumer sentiment

If the latest results from Primark tell you one thing, it is that consumers will reward brands that get it right. The retailer's 15% surge in profit, to £356m, reflected all the exuberant abundance of the stores themselves.

These are places where wheelie bins and copious tote bags at entrances are a deliberate signal that you are at liberty to fill your boots. Primark prices are 'why-not?' low: you pull out a soft wool jumper, hold it up, tilt your head as you decide if it's exactly right, quickly check the price tag and, since its only £6, conclude, 'well, why not'?

Of course, shoppers might be less enthusiastic if they had misgivings about how those prices are achieved. The brand, knowing that ethics could be its Achilles heel, takes great pains to reassure, with a prominent section on its website dedicated to supply-chain probity.

Its case wasn't helped by a 2008 BBC Panorama documentary that claimed to show its garments being made by young boys in Bangalore. The creators of the film would have known that their accusations would prompt consumer guilt, and that this would have a knock-on commercial effect; indeed, that was doubtless the intention.

The trouble is, that story was bogus. Following a lengthy investigation, the BBC Trust confirmed that the footage had been fabricated and that the programme should never have been aired.

Had it all been true, Primark would, quite rightly, have felt immediate financial pain. Consumer reaction has that direct, unmistakable effect - not just when there is a scandal, but also in lesser-charged areas, such as service standards or the choice of merchandise on offer. Money is how the market speaks.

Yet, perversely, the one brand that never hears this direct, unmistakable language is the BBC, because it has set itself above market rules. Every time it lets its consumers down - as it did with Hutton, Ross and Brand, and Savile - the financial effect of any related consumer drop-off is zero.

People might stop watching or listening to its output completely; they might tune out of just those programmes they feel are culpable; they might never have engaged with the BBC that much in the first place - but, just so long as they have a device capable of receiving a TV signal, they must pay the full £145.50 licence fee or face imprisonment.

The recent soul-searching at the corporation has focused on the question of the public's trust, but the real issue is power - which, in a free market, resides precisely where it should do, with the consumer.

Like it or not, that power is mediated by money.

Perhaps the BBC management, many of whom have never worked outside the public sector, should be encouraged to do a lengthy stint at Primark, and get a sense of what a real brand, in a real market, feels like - what actually happens at the tills when a scandal hits, service slips or a product line flops.

That way, they'll get an idea for what life will be like when the licence fee finally goes, audiences pay just for what they choose to consume, and the rewards come only when you get it right.

Helen Edwards has a PhD in marketing, an MBA from London Business School and is a partner at Passionbrand. She is a former PPA business columnist of the year. Follow her on Twitter: @helenedw 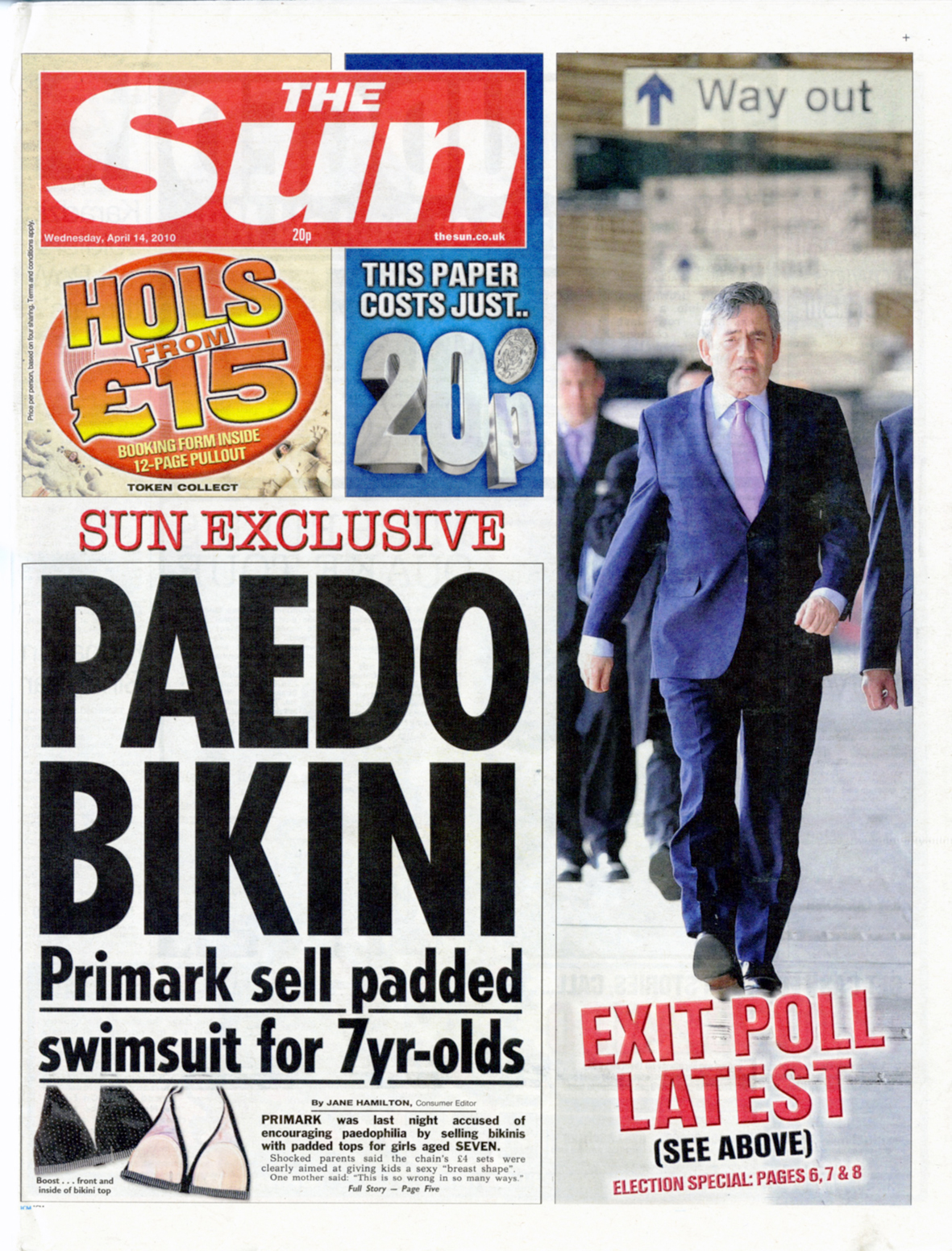 - Primark's labour-wage controversies began in 2006 when it was found that some workers were being paid as little as 3p an hour. The brand responded by launching an investigation and joining the Ethical Trade Initiative. Damage was limited: by April the following year, shoppers were so keen to get into the chain's new Marble Arch flagship store that they prematurely forced the doors open. Several sales assistants were injured as 3000 customers stampeded to the rails looking for £8 jeans and £2 bikinis.

- In 2010, Primark was accused of exploiting the 'paedophile pound' by selling bikinis with padded tops for girls as young as seven. A 'Let girls be girls' campaign was launched to protest against the 'premature sexualisation' of children. Primark withdrew the range and donated all its proceeds to a children's charity. It finished 2010 with profits up 35%.

- Despite a wavering retail industry, new openings are being voraciously received. In September, it opened an 82,000ft2 superstore at the eastern end of London's Oxford Street; thousands of people descended on it. Even further east, Primark's first Berlin branch generated its 'most successful first day's sales ever'.