Agency and client moved quickly and scored a crowd-pleaser.

On Sunday evening Europe’s richest football clubs stunned the game by announcing they were quitting the Uefa Champions League to launch the European Super League.

By Wednesday morning they’d become a punchline. Just as their "competition" was crumbling under a stinging public backlash, long-standing UCL sponsor Heineken applied some ice-cold revenge to the wound. 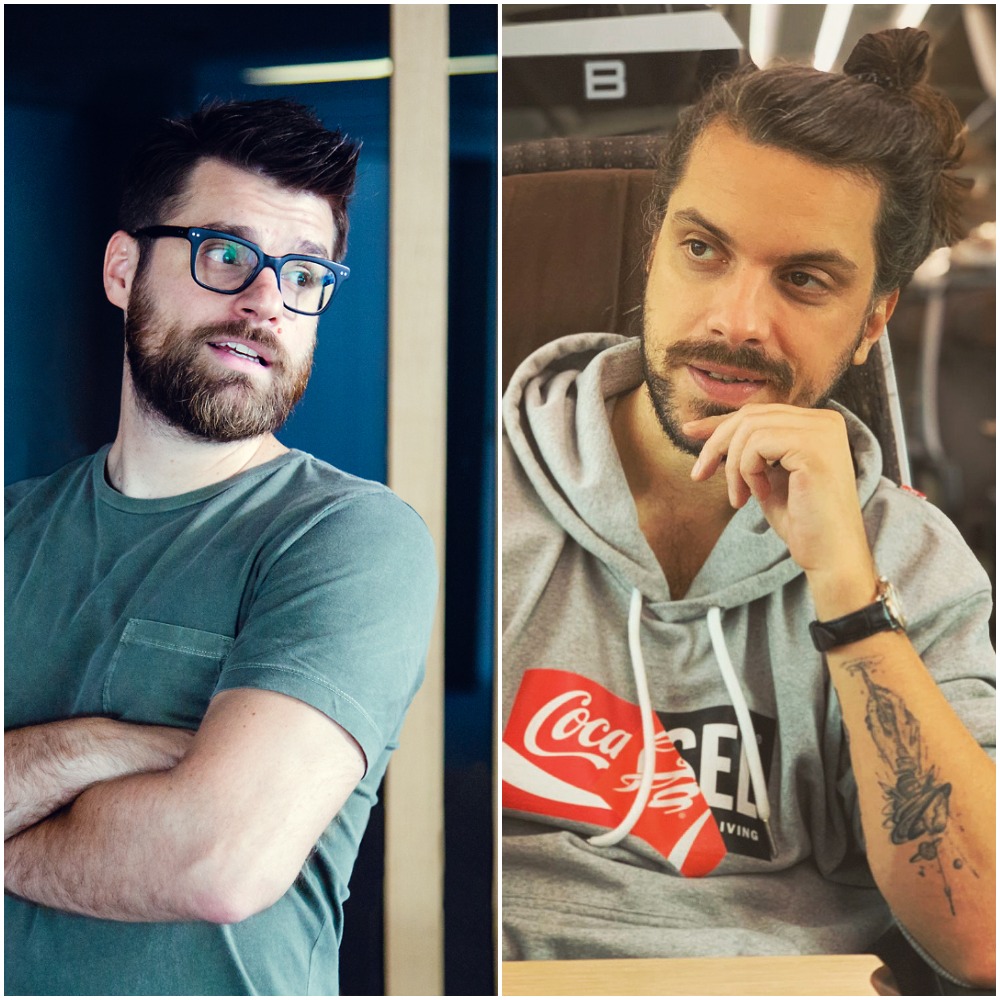 It seemed to be an effortless execution, delivered by a team led by Milos Obradovic (pictured, left) and Mihnea Gheorghiu (right), Heineken global executive creative directors at Publicis Italy and ECDs at Le Pub Amsterdam.

Not at all, the duo tell Campaign. By that point they’d had to bin several ideas, despite having a direct line to a fired-up client, because the situation was changing so fast that they couldn’t keep up.

Campaign: When and how did you come up with the creative?

Obradovic and Gheorghiu: Erm … the other night. We have a very close (WhatsApp) relationship with our Heineken clients. First thing on Tuesday morning we decided together that Heineken, as a long-time sponsor of the Champions League, should take a stand about the whole ESL madness that was unfolding. Then we drew up a quick brief with the planner as it was a pretty sensitive subject.

Two hours after we briefed all the Heineken creatives, we had about eight ideas to show the client. But then suddenly players started speaking out, teams started backing off, and it looked more and more clear that this thing wasn’t going to happen. So we had to change the brief at like 10 or 11 o’clock on Tuesday night.

One of the creatives had an idea: what if Heineken tweeted at each of the club presidents who were a part of this to tell them to maybe take it easy on the alcohol? That felt bold and made us laugh, but it wasn’t quite the right brand statement and it wasn’t easy to scale.

Together with a few mighty creatives we made a short deck with three other proposals and we sent it out. It was maybe… 1am on Wednesday?

The next day at 7am we talked with the client, decided that this was the one and made a few tweaks. We went live just at the right time, when it was clear to everyone that the ESL was not going to happen.

We don’t always see a big brand like Heineken act this fast. What helped you to get sign-off so quickly?

The go-ahead came even before we had any ideas, meaning that we were all aligned from brand manager all the way to the Heineken CEO. The moment they saw it, they loved it and approved it. WhatsApp played a pretty important role in the quick approval process too.

What has the reaction to the ad been like, in Italy and beyond?

Our client is Heineken Global so it first went live on Heineken Global’s Twitter and Instagram channels. Heineken’s local accounts in the UK and over 40 other markets followed. And then, the rest of the world. From the first second, the response has been overwhelmingly positive. I mean, Tiesto called it “best ad ever” so that’s gotta count for something, right?

We actually work for both Le Pub Amsterdam and Publicis Italy. Le Pub Amsterdam is the new creative agency model that combines our data, creative and tech specialisms and Heineken is its founding client. And yes, the agency is in an actual pub, in Amsterdam.

How long have you two worked together?

We first worked together as global CDs at Publicis Milan in 2017-2018. And now we’re back working together pretty much overseeing everything that’s happening on the Heineken account together with other wonderful people from the Milan and Amsterdam offices. We both live between Milan and Amsterdam. Milos started as an art director and Mihnea started as a copywriter, a long, long time ago.

Heineken pop-up ends the long wait for a pint and a haircut, simultaneously

Planned European Super League could be bad news for advertisers