Heathrow has created a rainbow flag painted with the kisses of 6,000 passengers who were provided with lipstick in the six colours of the flag. It will fly above Terminal 2 until the end of July.

Coca-Cola has created a short film with Nicolas Coster, star of "First taste", the brand's ad that returned in a new, UK-set version this year. In the film, Coster remembers how his late son Ian once took him to a gay cowboy club. The spot features Coster's character Mr Hadley taking part in an LGBT Pride parade.

LGBTQ movement All Out and Gay Times' film stars fashion consultant and broadcaster Gok Wan and uses a shocking twist to highlight the persecution faced by the LGBTQ community across the world.

The film, created by Karmarama, begins in the style of a typical fashion advice show fronted by Wan, who dresses a group of people looking for their perfect pride outfit that they can wear anywhere in the world. However, in an unexpected twist, each must-have item represents instances where LGBTQ people have been subjected to violence and degradation. 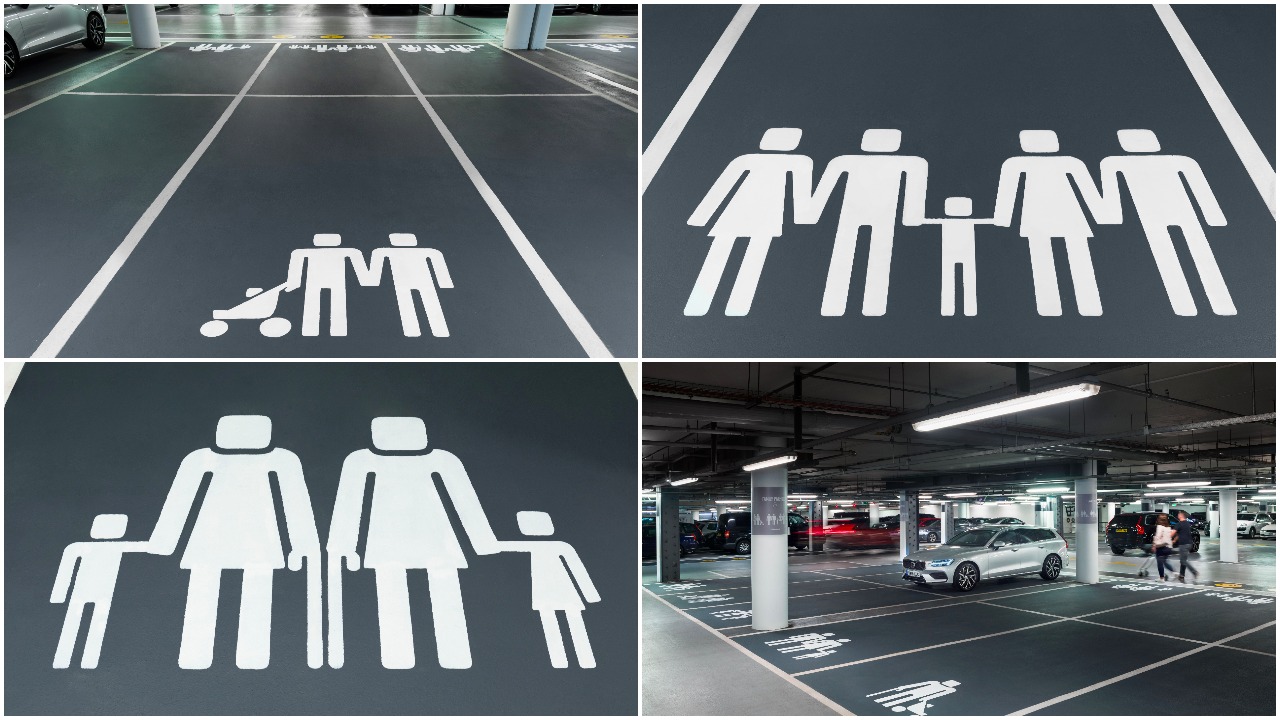 Shoppers at Westfield in West London's Shepherds Bush may notice some usual icons in the car park this weekend. The signs, which were created to coincide with Pride London this weekend, aim to celebrate the diversity of modern families with new "family parking" signs. The designs, created by Grey London, are part of Volvo's global ad campaign for the V60 family estate car. 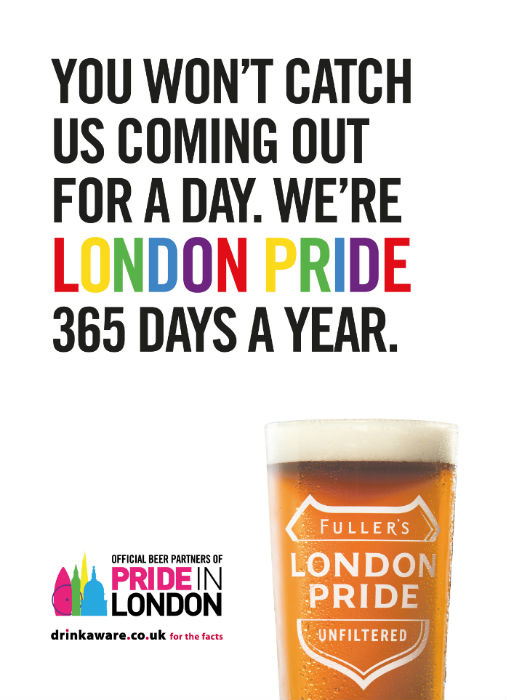 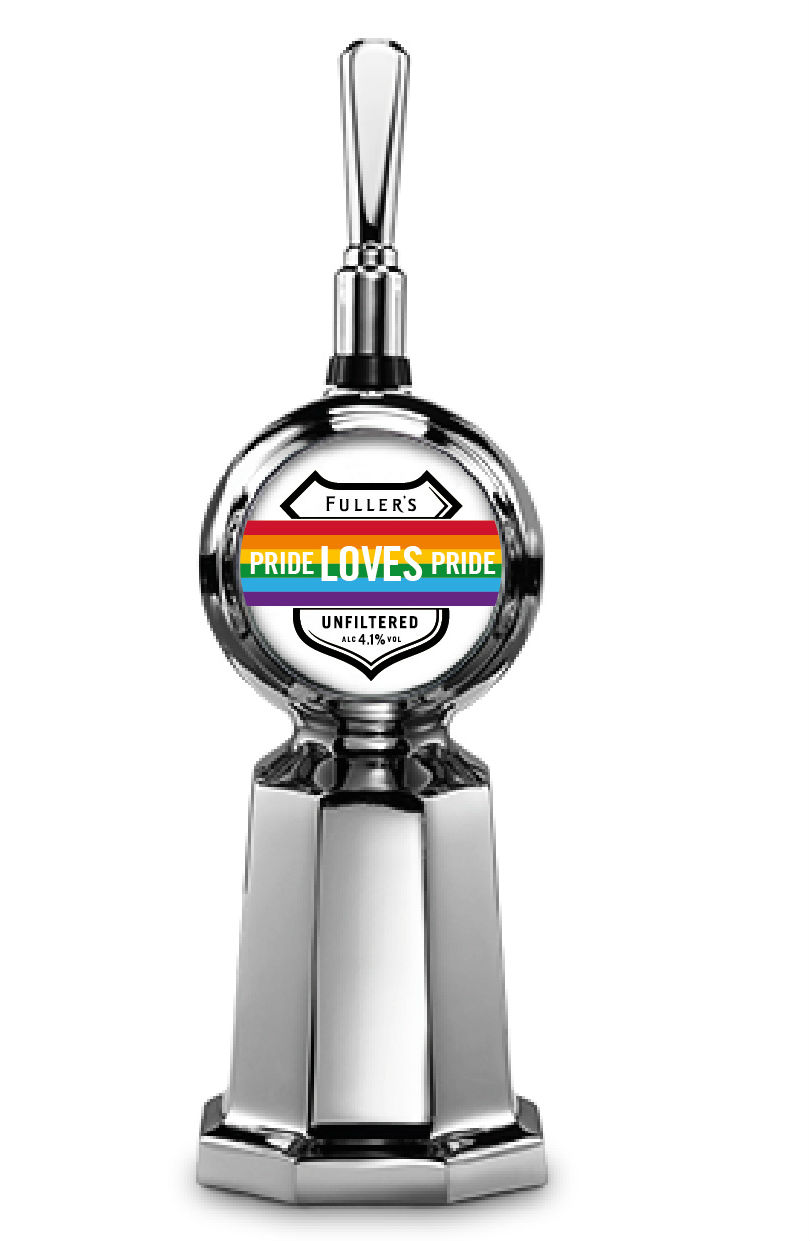 Fuller's, the officila beer partner of Pride in London, is running an outdoor campaign for London Pride Unfiltered created by Recipe. The brewer's pubs along the parade route will support the event with "Pride loves Pride" T-shirts, keg lenses and beer mats. 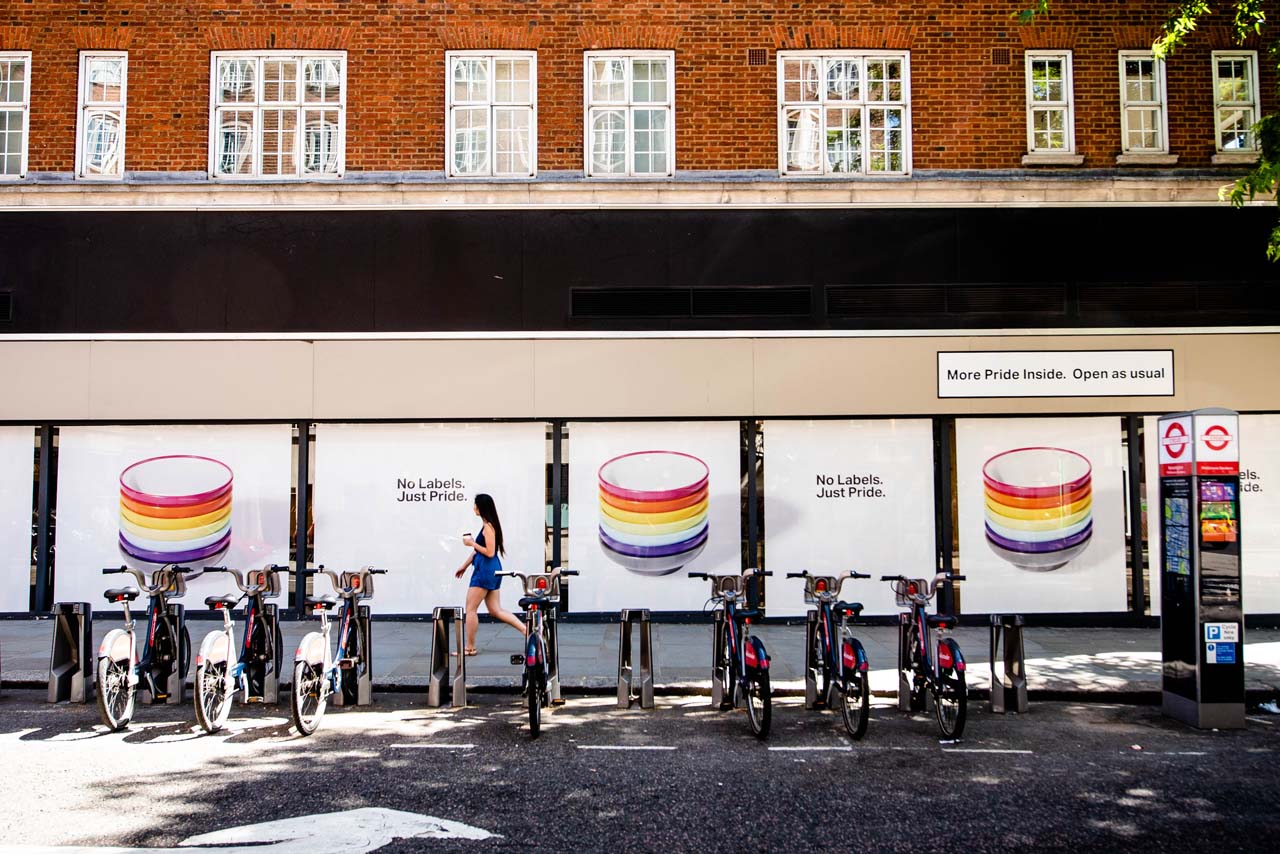 Yo! is rejecting the need for "labels" by removing all branding from its website, social media profiles and its restaurant in High Street Kensington, London. The move is in response to research by Pride in London that found that many LGBT+ people feel "over-labelled". 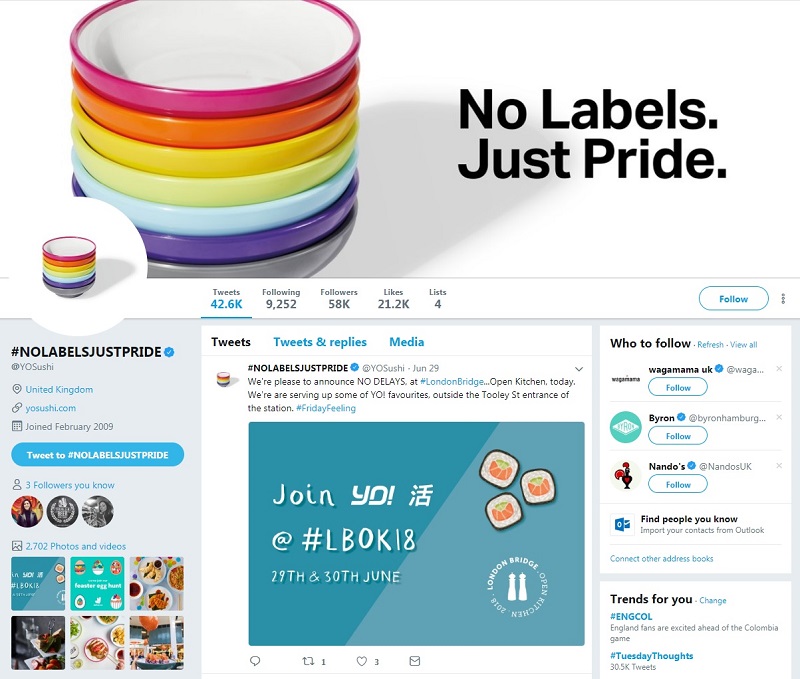 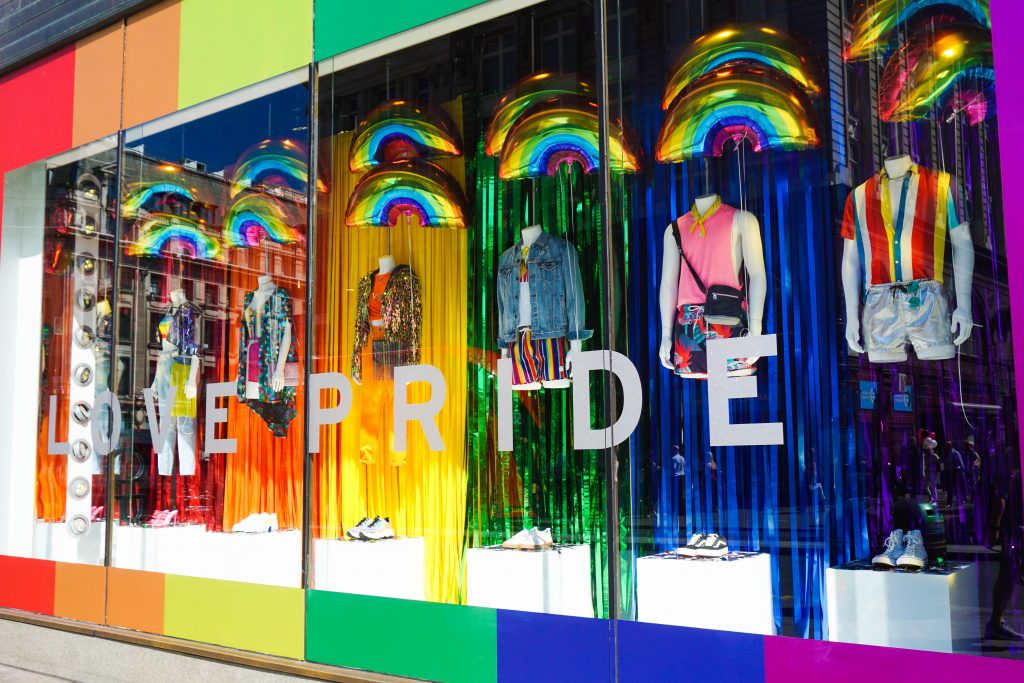 Topshop in London Oxford Street is holding an LGBT+ takeover from 5 to 7 July to coincide with Pride in London. 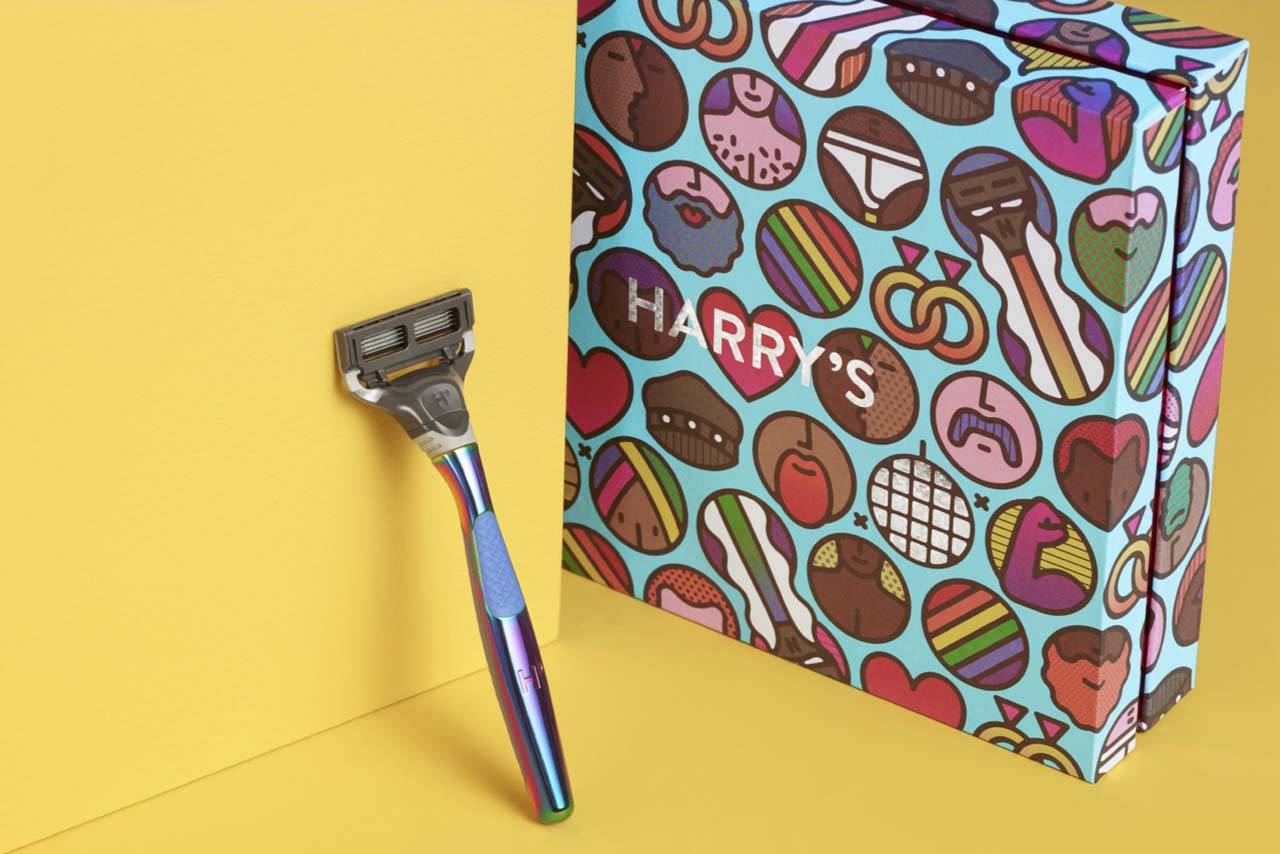 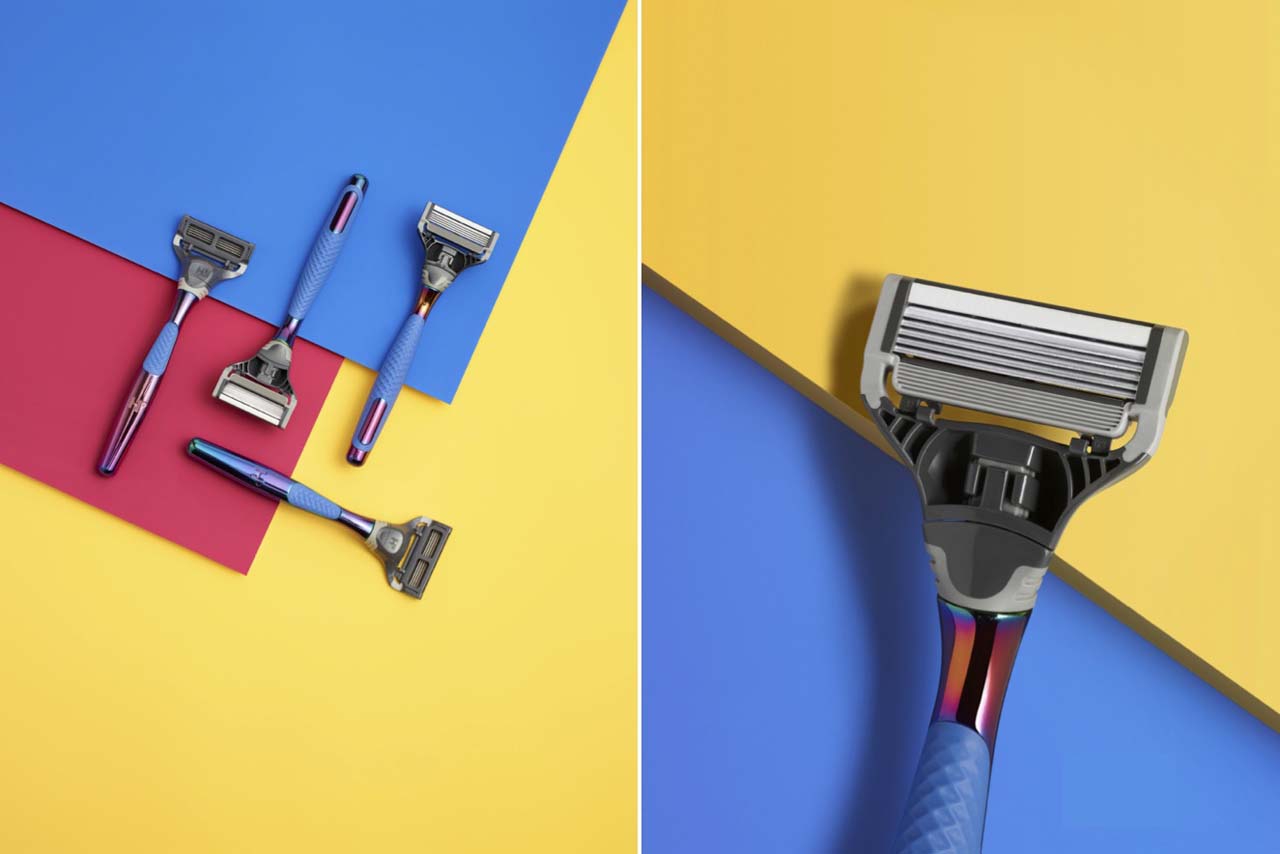 The brand is also running a content campaign through its website featuring interviews with members of the LGBT+ community – like Bloc Party's Kele Okereke – discussing their experiences and adopting labels of their own choice to describe who they are.

Skittles is posting a new animated film on its Twitter account each day in the run up to Pride in London, each in a different style, representing the brand's rainbow icon turning white. Skittles "gave up" its rainbow for Pride for first time last year and its all-white packs return once again in Tesco.

Stonewall's cinema ad, created by Mr President, features a number of voices carrying messsages of support for the LGBT+ community against a dark background. Surround sound hass been used to create the impression the voices are emerging from the cinema audience. 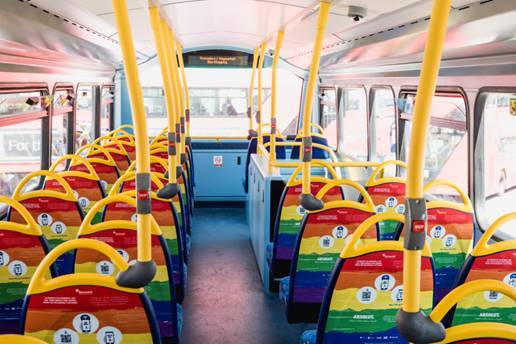 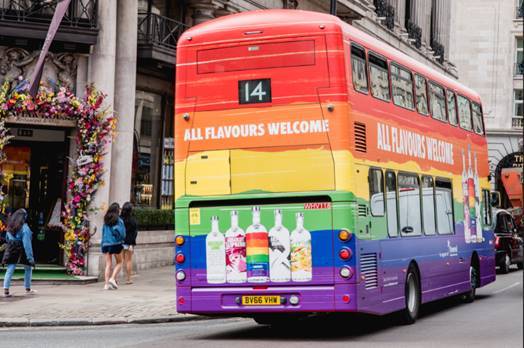 As part of its efforts to support Stonewall, Absolut is installing NFC-enabled payment points on Exterion Media’s fleet of digital buses, at which supporters can donate to the charity with a tap of their phone.

Two buses, running on routes 14 and 19, have been wrapped in rainbow-flag colours, echoing the brand’s limited-edition bottles, which return for a second year and are exclusive to Tesco. 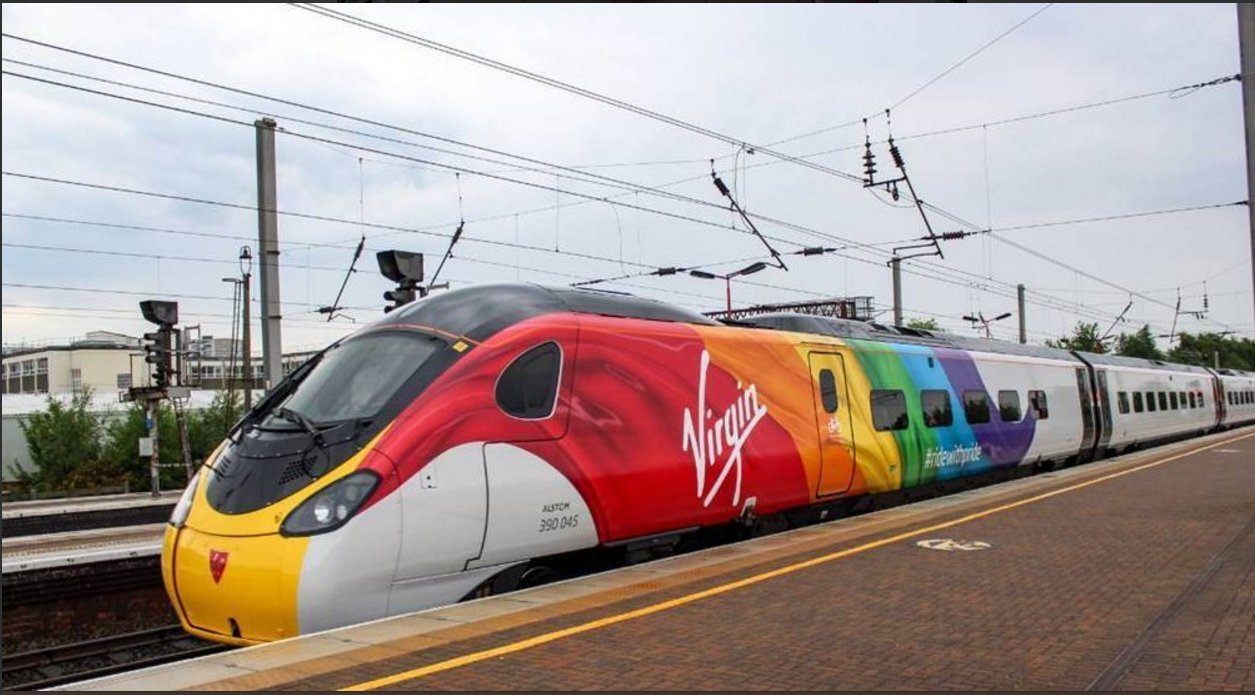 In a similar, but longer, vein to Absolut, Virgin decked out one of its intercity trains in Pride colours. It will be running on the West Coast Main Line throughout the summer.

This spirit brand has created a set of eight bottles in the colours of the rainbow flag, featuring the eight letters of the word BRIGHTON, allowing gin fans to spell out phrases like Right On, Bring It and Go Big. The bottles were created by Our Design Agency.

Posh pet food brand Lily’s has created a pair of limited products, Full of Love & Pride for Dogs/Cats, featuring faintly psychedelic, rainbow-coloured designs. An amount from each tin or tray sold will be donated to Stonewall. 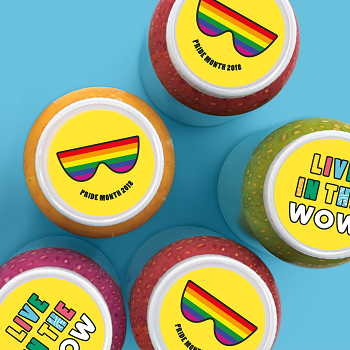 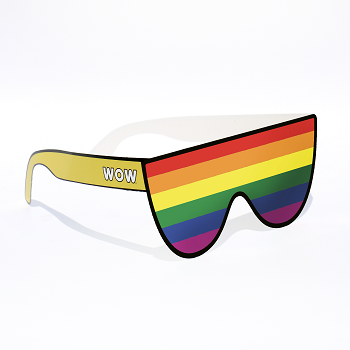 Health drink brand Wow is raising money for young people’s LGBT charity Just Like Us with a series of activations, including circle stickers on the lids of its bottles, cardboard rainbow glasses, and temporary tattoos. 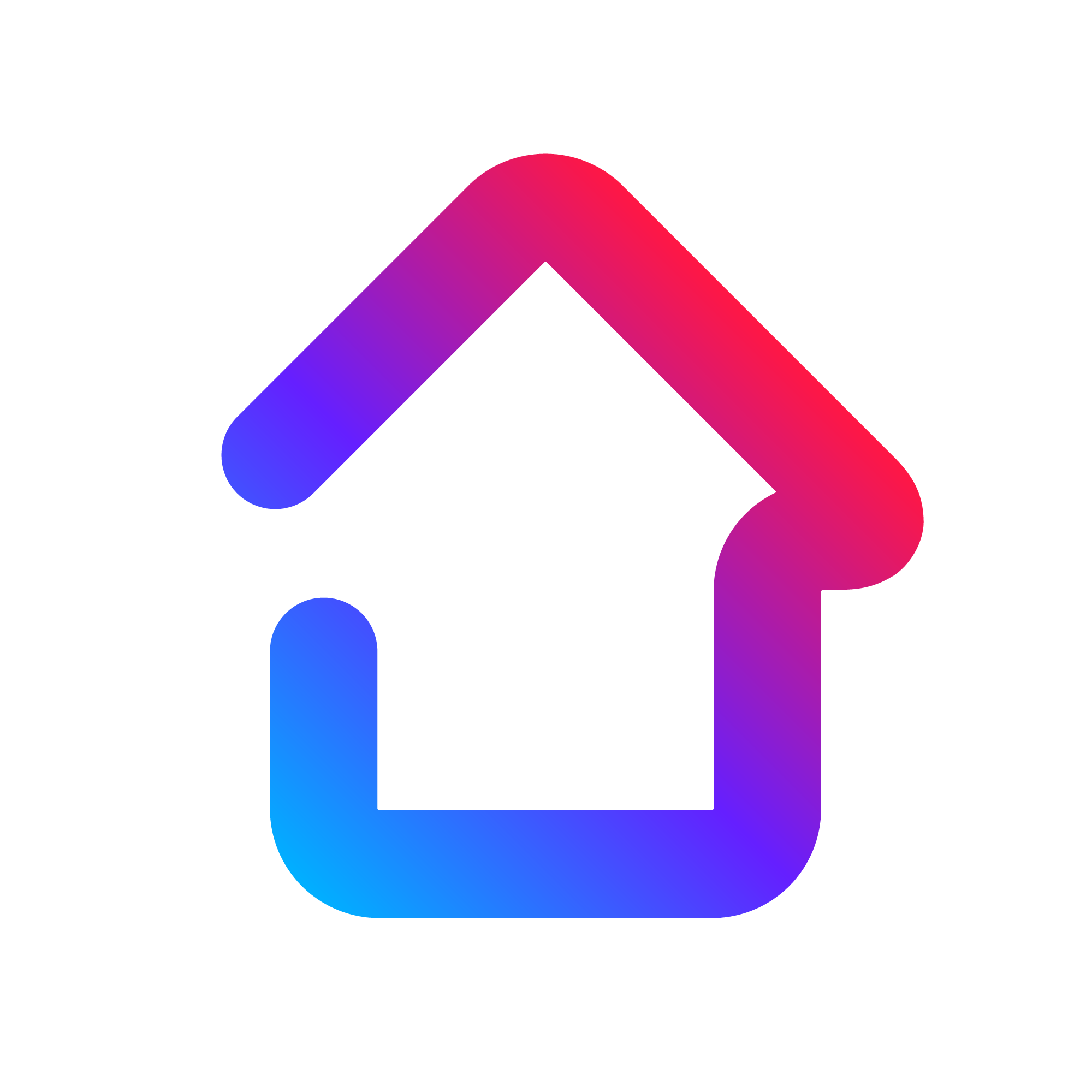 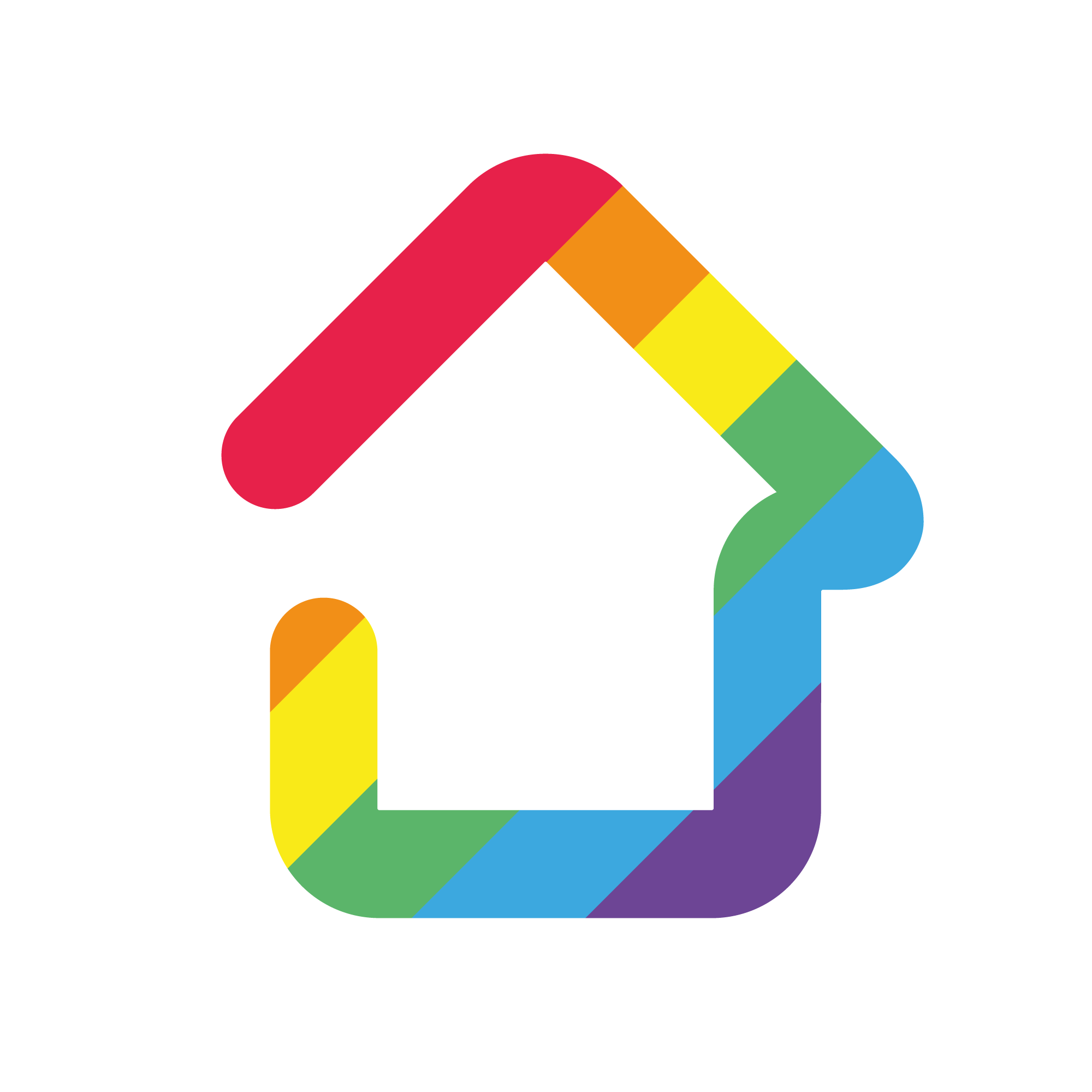 Energy company Utilita has updated its house logo with the colours of the Pride flag.

Europe’s largest celebration for African, Asian, Latin American, Middle Eastern and Caribbean-heritage LGBT+ people has launched a campaign calling of members of the community and allies to "keep the noise up" and continue the fight for equality. It was created by Proximity London.