"All you need is a leap of faith and someone willing to make a commitment," said Renato Fernandez, TBWA\Chiat\Day LA's chief creative officer.

Three teams took the field during the "Monday Night Football" game at LA Memorial Coliseum last night. Only one of them, though, stars in a gripping short film produced by TBWA\Chiat\Day Los Angeles.

The Watts Rams youth squad joined the LA Rams and Baltimore Ravens on the field before the game. Just a few days earlier, TBWA\Chiat\Day wrapped production on a three-minute film, "What’s Watts: A Story of Transformation."

The film details how the original Watts Bears -- the LA Rams have since adopted the team -- were established by the Los Angeles Police Department as part of a much-needed, community-relations effort.

In 2012, tensions between police departments and inner cities had ignited, with round-the-clock coverage of the Trayvon Martin killing. In Watts, police officers decided to form a youth football team as a positive way to connect with the community.

The film begins by illustrating decades of community/police mistrust. A quick montage of news clips include the infamous "Turn Left or Get Shot" sign of the sixties Watts riots, footage from the 1992 Rodney King riots and an image a deflated football next to a beer can.

"Watts is a tough community... and it’s always had a bad narrative," said Renato Fernandez, TBWA\Chiat\Day LA chief creative officer. "But an amazing group of people got together to change this narrative."

Police distributed 600 fliers to advertise the team tryouts but only one child showed up. That child became the catalyst to build the team and foster trust. The movie is shot from his perspective.

"One of the coaches told us how tough this journey was because no one trusted the cops back then," said Fernandez. "The kids were really skeptical and felt the cops did not belong here. But then what happened is that one kid joined, and the others got curious and that lead to more and more kids."

The film depicts the boys creating a united team under the guidance of local officers. The police hand out jerseys, players gather in huddles. One player is smiling with such pure emotion, his eyes shine with tears.

The team’s story is interspersed with views of a changing Watts. "Welcome to Watts," says the new sign.

Kids are playing on tree-lined streets, people are going out for hamburgers and stopping by a coffee shop. It’s a different view of Watts.

Watts-born rapper and record producer Brandon "Stix" Salaam-Bailey wrote and performed the voiceover for the film. "The lyrics were all written from the heart by Stix in one day," said Fernandez. 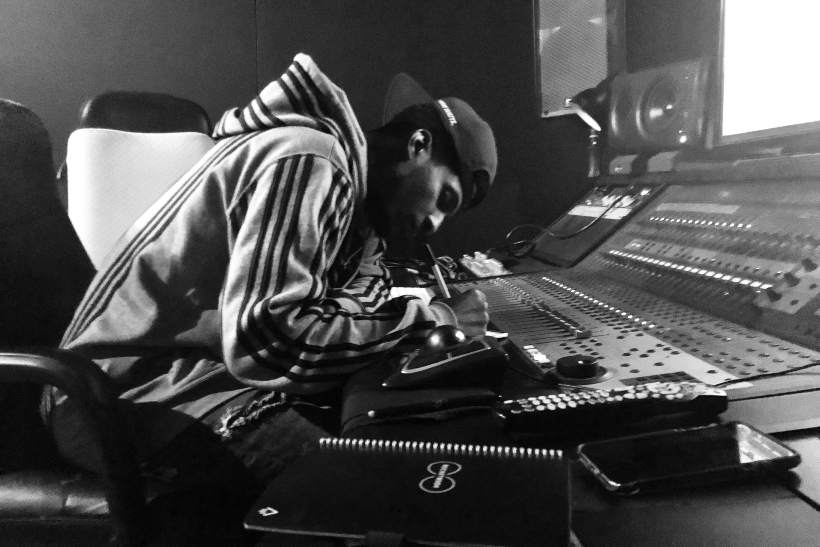 The project came together very quickly with the Los Angeles Rams Foundation asking the agency to create a movie commemorating the story of the Watts Rams, after the professional team’s first year as its sponsor.

The closing scenes show the LA Rams, LAPD and Watts Rams gathering for a "Ramsgiving" Day dinner that took place just a week ago. Rapper Stix wrote and performed the voiceover only last Friday.

During the dinner, Albertsons/Vons/Pavilions grocery stores, distributed $500 gift cards to each Watts Rams player so that they could treat their families to a Thanksgiving feast.

The movie has been uploaded to YouTube, appears on LA Rams social channels and some video also played on the big screens during the Monday night game.

It is Fernandez’s hope that "What’s Watt" inspires other teams to reach out to disadvantaged communities.

As the film conveys, said Fernandez, to change a neighborhood and a narrative, "All you need is a leap of faith and someone willing to make a commitment."