Havas is making waves with a series of radical structural changes, from the establishment of a creative council to the appointment of Chris Hirst. Claire Beale weighs up the group's new ambitions. 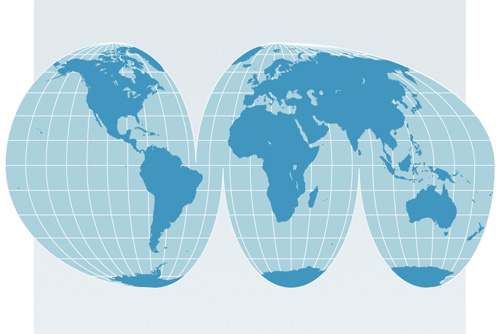 Daniel Floyed admits that the Havas network has "kind of hidden our light under a bush because we’ve never had, in any given unit, a particularly fierce creative reputation."

The newly assembled creative council is a clear attempt to change this in the UK. The group will be made up of: Ben Mooge and Andy Sandoz, two of the Havas Work Club founders; Mark Fairbanks, Havas Worldwide London’s executive creative director; Gerry Moira, the UK director of creativity; and Lee Hoddy, the creative partner at Conran Design Group. They will ensure greater focus on creativity across the network, meaning there will be "less talking and more proving," according to Floyed, who says: "At the end of the day, you get judged by what you do." He adds: "The creative council will be a force that will be mobilised on amazing client opportunities or problems."

Brooks agrees that the network needs to build on its creative reputation and is determined to push this via the creative council. "We’re very clear that this will only be a success if we put creative at the front of it and, by putting a lineup of the best people together, we think we’ve got the best chance of building the reputation that the place needs and deserves," he says. "You can expect to see some pretty strong investment in people around the corner."

When Havas gathered its worldwide management at the BFI Imax in London late last month for a three-day program of seminars and pep talks, behind the scenes the company was also laying final plans for a radical shakeup of its key brands.

By the end of the three days, Russ Lidstone, the chief executive of Havas’ London ad agency, had been ousted (fired by telephone by the co-global president Kate Robertson), a new creative council had been unveiled and details had been finalized for scrapping one of the oldest brands in the UK direct marketing sector, EHS, in favor of a new global CRM network, Helia. A bold restructure in the New York offices followed days later.

Then, last week, Havas pulled a coup, snaring Chris Hirst from Grey London to run Havas Creative Group in the UK and Europe. It was a stunning move. Even observers who questioned why Hirst would jump the ship he was finally setting on an exciting course for the unknown — and, frankly, challenging — Havas vessel had to admit the appointment gave some shape to a group offering. After too many years of merely inching forward strategically, it seemed Havas is finally acting. While the jury’s obviously out on the new structures, the changes are the most ambitious moves the company had made for quite some time. So often most interesting either as a takeover target or potential acquisitor, Havas suddenly seems to have found a new operational purpose.

There are several catalysts for such decisiveness. The first can be traced back to early 2014, when Havas’ long-serving golden boy, David Jones, a Brit who’d climbed to the top of this most French of companies, quit his chief executive post. Jones, a consummate account man who’d latterly seemed consumed by his role as the co-founder of the One Young World alliance, was replaced by Yannick Bolloré.

The charismatic – though relatively inexperienced – son of Havas’ now majority shareholder, Vincent Bolloré, Yannick was joined by Andrew Benett, the former chief of Arnold Worldwide, who was given reign over the agency network as the global chief executive of Havas Creative Group and Havas Worldwide.

At the London conference, they made an interesting pair: Bolloré appears to have all the charm and stage presence while Benett, not an obvious grandstanding leader or instinctive creative arbiter, is said to have a keen intelligence and strategic thoughtfulness. With this new leadership in place for a year now, it was time for some action and, with a second catalyst for change coming last month when the Bolloré group raised its stake in Havas to a majority 73%, a clear strategic plan was vital.

Benett certainly has some ground to make up: International wins have been thin on the ground and losses in recent years have included ExxonMobil, Jaguar, Heineken and three of RB’s largest brands. Observers say he’s no David Jones when it comes to glad-handing clients, but his consultancy credentials (after years at the Added Value group) bring a strategic edge.

"I’m very interested in whether an agency can be different — can it play an indispensable role for clients, can it act more like a consultancy, where you’re paid to do something bespoke and distinct and add tremendous value?" Benett explains. If he has a schtick, it’s talent. He says: "If you have the smartest people in your business, then you win. It’s really not that complicated. Pretty much every company in our market has the same game plan, the same strategy; but whoever does it fastest, with the best people, wins." Giving that talent some entrepreneurial headspace is key, though, Benett insists: "The way we encourage talent, the degree of latitude we give people, the ideas we want from people — that is what makes Havas different from other companies in our space. Our culture is now rooted in entrepreneurialism, collaboration, open-mindedness."

That cultural ambition appears to be matched with a structural one — most interestingly, perhaps, in relation to further collaboration between Havas and the French media group Vivendi, a former owner of Havas at the turn of the century. Vincent Bolloré is now Vivendi’s chairman and, with a 5% stake, its biggest shareholder.

"We’re working a lot on cross-initiatives with Vivendi, like the data alliance, looking for ways to collaborate better," Benett explains. "We want to sit at the cross-section of content, entertainment and technology, and that’s where Havas and Vivendi come together philosophically and enable one another." A full-blown merger has been mooted. Acquisitions are also high on the to-do list, Benett admits: "We’re highly acquisitive now. We have a very good pipeline of things we’re looking at right now or deals we’re finalizing. But we’re not going to buy revenue for the sake of being bigger. Yannick talks about us being the fittest, not the biggest; we want to have the best margin, the best people, the best creative, be the best place to work." And therein lies the clear, and very tough, brief for Hirst. 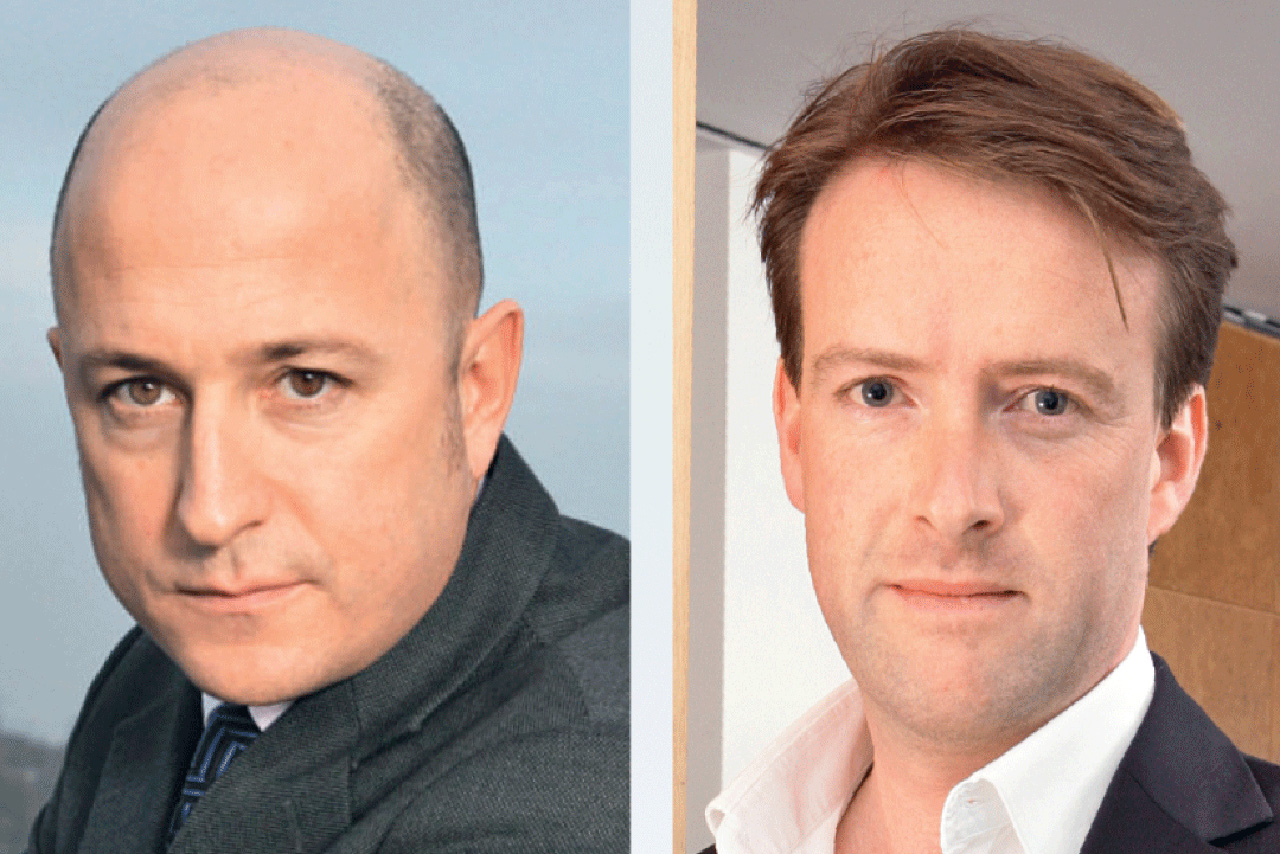 When Havas acquired Work Club in 2014, it was only a matter of time before the hotshop was harnessed to support the plodding Havas Worldwide London. However, working out how to do that – meeting the ambitions of the Work Club founders while retaining a separately managed (and incentivised) main agency – has proved a challenge.

With Russ Lidstone’s departure came a new management iteration that hopes to bridge the two brands and strengthen collaboration. Martin Brooks, the former joint chief executive of Work Club, and Daniel Floyed, the global brand director at Havas Worldwide London and now in charge of the shop, are the new co-managing partners at Club Havas, and they put on a good show of camaraderie. Having previously worked together on Pernod Ricard, Iglo and RB when they were at separate agencies, Brooks says the pair always gravitated towards each other. "This is just very much a people industry," he says. "You just end up, despite what you are being told by your bosses, working with the people you like working with. We have worked together before but it has snowballed in the past year or so."

It may only be a year, but Floyed is already finishing Brooks’ sentences, and it’s clear that the pair are genuinely looking forward to learning more about each other’s disciplines. "I think if you’ve got a partner where you walk into a room, you know you’re going to have fun and you’re going to come up with new stuff together, and there’s a light sense of competition that one of you is going to come up with a better idea, it’s good fun," Brooks says. "I’ve spent most of my career in direct digital; Dan seems to completely understand the global market and what they want to buy and how to get the best out of the networks. I think Dan’s very good at understanding how the network ticks. I’m more of a single-office entrepreneur who builds things, so I think the combination goes really well together."

Floyed adds that, with the collaboration, "we are stronger, we are better, and it makes both sides of the equation."

Will David Jones kill off the creative agency?

Plan for failure to ensure success

How to embrace an always-in-beta world

Havas teams with Facebook's Atlas to target ads across devices