Dentsu Aegis Network Americas CEO Nick Brien lays out the imperatives shops must address in order to evolve as an industry.

Agencies are in serious danger of being left behind unless they address several hard truths, the Americas CEO of Dentsu Aegis Network has warned.

Nick Brien said the agency sector’s "professional standards are not being championed at the highest level and are not being driven based on the value we create" during an impassioned call to arms at the 4A’s Decisions 2020 conference in Washington D.C. on Monday.

He described some of the main issues stifling industry growth as the agency network’s "inefficient value proposition," as well as its habit of being "too passive" and not being "creatively obsessed."

Brien stressed: "We are slow to change, we’re too incremental and we have legacy structures -- and with that comes legacy mentalities and legacy behaviors and legacy relationships and legacy PNLs. 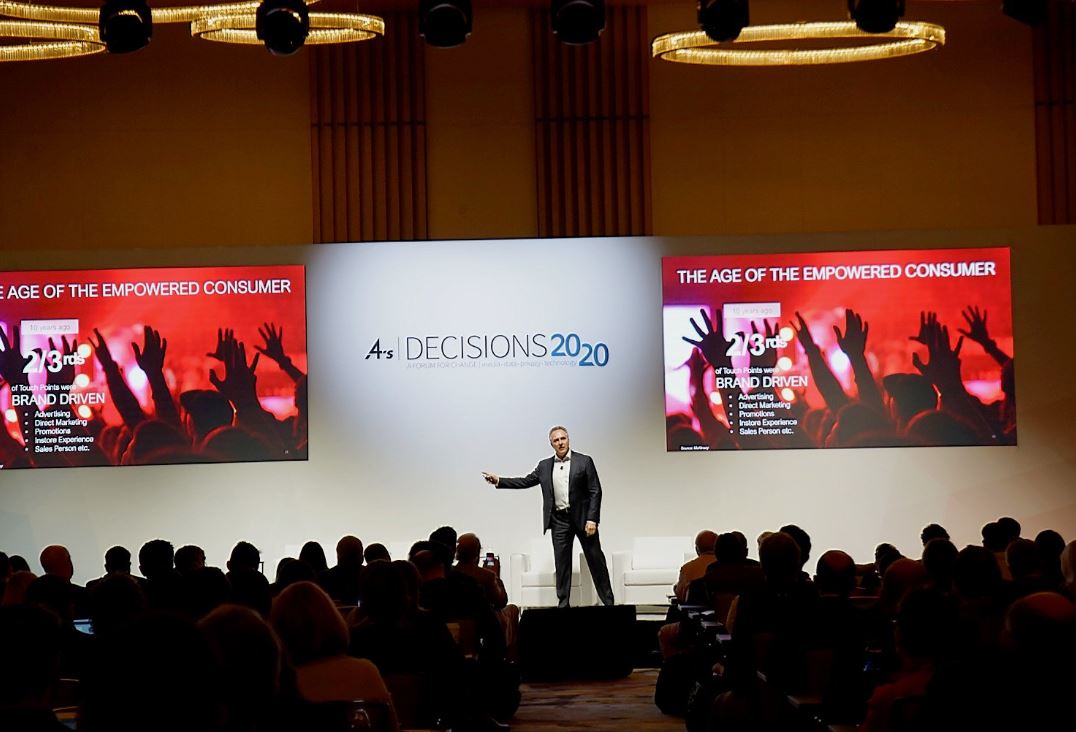 The marketer need for greater efficiency and purpose, coupled with a fundamental shift in the balance of power from brands to consumers, is putting immense pressure on the need for change and unionization in the agency sector.

Quoting a 2018 Edelmen survey, the CEO said that 71 percent or consumers expect brands to inspire them. Meanwhile, 65 percent expect brands to support life and ambitions and 78 percent want them to bring about some element of social change. Brands can no longer call the shots.

In his call to unify agencies, Brien echoed a quote from Microsoft CEO Satya Nadella: "Our industry does not respect tradition -- what it respects is innovation."

He continued: "We can’t be standing still and doing things better. I believe we all have to step up in the agency sector. Are we thinking enough about innovation around the way brands are built, shared, bought and sold or experienced?