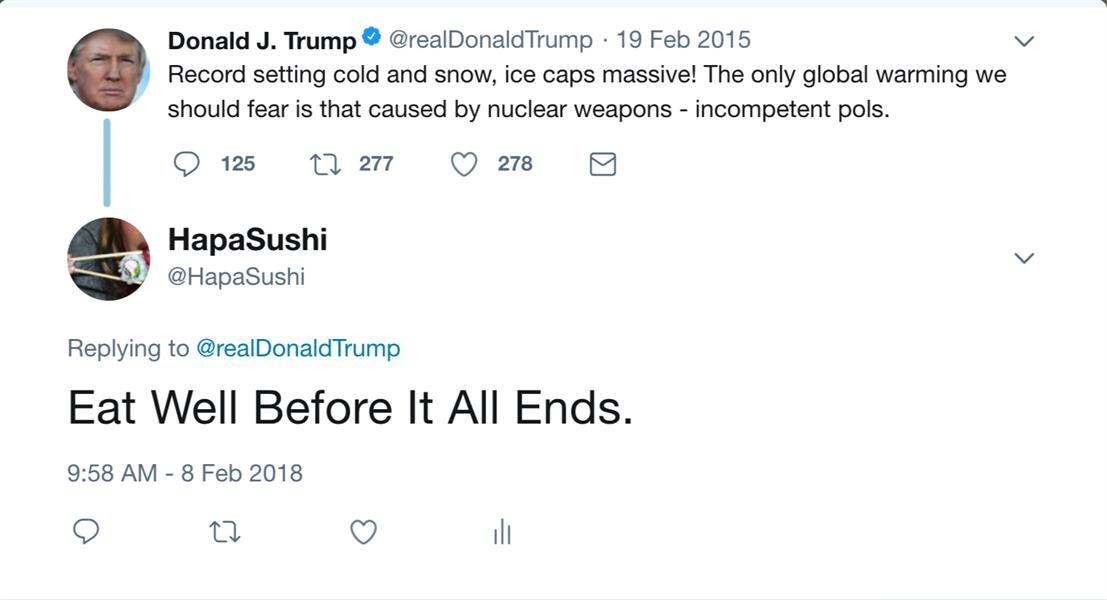 Doomsday is coming at you hard and fast in Hapa Sushi’s new campaign reminding us to "eat well before it all ends." The Colorado-based restaurant chain teamed up with TDA_Boulder to fuse Donald Trump with raw fish (a winning combination, apparently). Uncensored and unedited tweets from the president are appearing in outdoor placements, on social media and in a number of print publications next to a snappy tagline reminding us to dine like kings because the end is nigh. It follows Hapa’s other real-world campaign in which it used the legalization of marijuana in Colorado to create a pairing menu with weed and sushi.

Marshawn Lynch heads back to the classroom for climate change

One year in Trump's America: what advertisers and marketers have learned about the rest of the country