The marketing boss for Haig Club, the Diageo whisky brand that David Beckham fronts, is not concerned about the former England captain spreading himself too thinly.

With appearances in a five-minute brand film for H&M and the launch campaign for Sky's VR app, David Beckham has been one of the most visible celebrities in recent weeks.

He said that compared to other celebrity brand partnerships, the one with Beckham was "quite unique and special" because he had been involved with developing the brand from its inception. The product was inspired by Haig, the favourite whisky of Beckham’s grandfather.

Beirne added that Beckham has "authenticity" as the face of the brand, because like the consumers it is aimed at, he is not a whisky connoisseur but someone with a developing interest.

"When David talks about his journey into whisky, that’s from the heart," said Beirne. "And I think that speaks to a lot of people who like the idea of whisky, and have struggled to get into it." 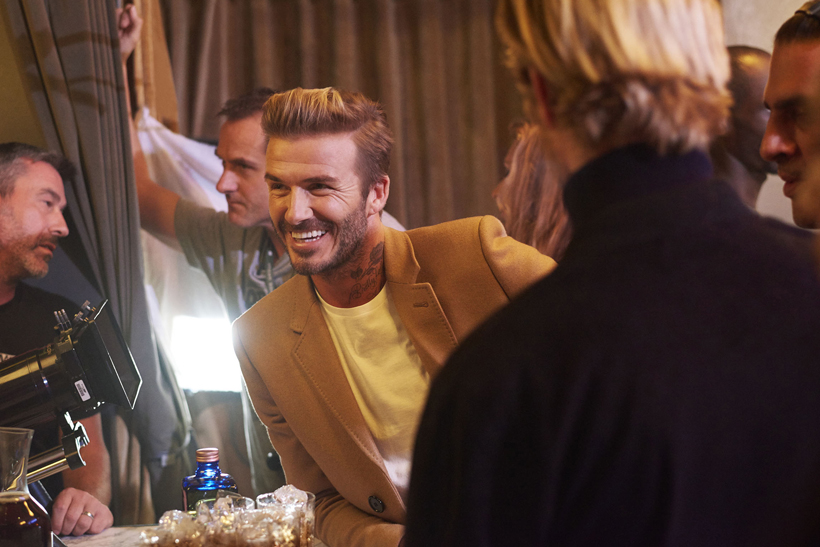 Flipping the script on whisky

Haig Club last week launched a TV ad for new variant Clubman, which is designed to be drunk with cola and aims to grow the reach of the brand with a much lower price point than the original product – around £25, compared to £45.

"It’s always been our intention to have a stable of variants within the brand, at different price points, for different occasions," said Beirne.

"But everything we do is within the same brand – it’s all about taste, about style. And there’s a really strong overlap between what the brand stands for and what David does. He is known for his great sense of style, and taste, and that’s something we want to communicate with the brand too."

The ad, "Make your own rules", which was created by Adam & Eve/DDB and stars Beckham, celebrates the rejection of preconceived ideas about how whisky should be consumed.

"People have some pretty stuffy rules about whisky, and we’re trying to flip them on its head," said Beirne. "Haig Club is a drink where the old fashioned rules don’t apply."

The spot was created by copywriter Simon Pearse and art director Emmanuel Saint M’Leux for Adam & Eve, and directed by Nima Nourizadeh through Iconoclast. The media agency on the campaign is Carat.

Waitrose, Diageo and P&G on the potential and limitations of data

Diageo CMO: Know when you're in a marketing bubble

David Beckham does 'not have strong appeal to children', says ASA