Game of Thrones star will appear in several sustainability-themed initiatives for the fashion retailer.

A digital twin of Williams, called "Avatar Maisie", has been created by 3D animators at Goodbye Kansas Studio to appear in a launch film for the project. Joanna Nordahl directed the film through New Land.

The clothing brand will work with Williams and her avatar on several initiatives throughout the year to drive change in fashion in the virtual world and real life.

On 13 April, players will be able to meet Williams on H&M Looop Island in the Nintendo Switch title, together with Pascal Brun, global sustainability manager at H&M. Players visiting the island can learn more about recycling, interact with H&M and share their thoughts about circular fashion by leaving a note on the H&M Looop Island notice board. 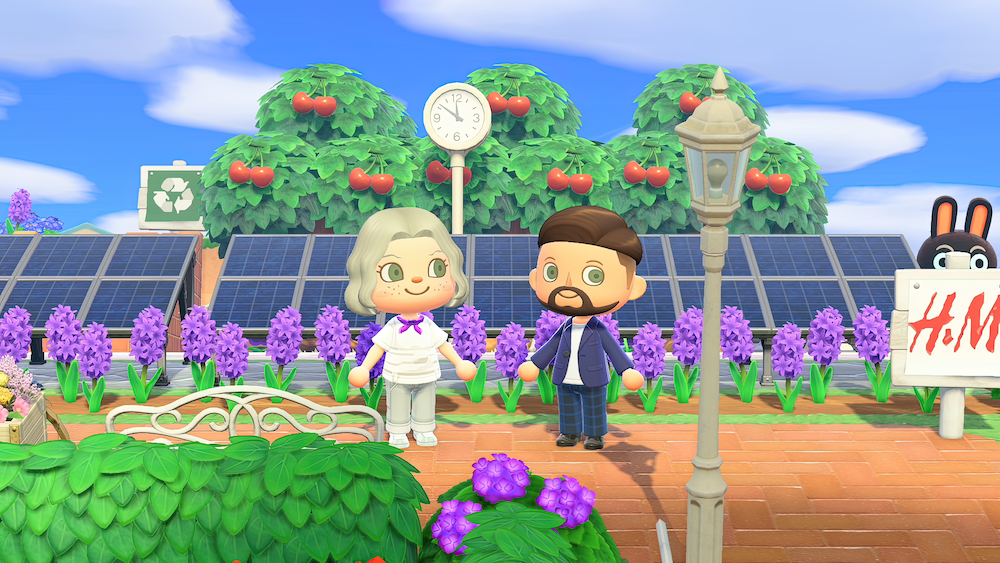 The Looop garment recycling machine takes old clothes and recycles them into new ones. Players exploring the island are able to recycle their game outfits into new ones at the Looop machine.

Pascal Brun said: "Being part of this initiative together with Maisie Williams to drive for change within the fashion industry by encouraging our customers and fans to reuse, remake and recycle unwanted garments, is something we at H&M are very ambitious about. The future of fashion needs to look different, and we want to be a part of this solution."

The campaign was created in-house by H&M Agency, Goodbye Kansas Studios collaborated on the making of the Avatar and CGI.

Animal Crossing: New Horizons was released last March, just days before the start of the first UK lockdown, and by the end of December had sold 31 million copies, placing it among the best-selling games of all time.

Other brands to have launched themed islands in the game include Unilever-owned Hellmann's.

Anya Hindmarch to open five spaces on a single street