Lego, Gucci and Public Health England are among the brands to feature.

Snap's Partner Summit event in June, in which the company shows off its latest product updates and media partnerships, produced such a flurry of new innovations that it was difficult for Campaign to decide which thing to feature in the story headline.

Some of Snapchat's newer features, like the machine-learning based SnapML, are already being used by brands like Gucci for augmented reality try-on features for clothing products. Not a bad innovation for brands whose brick-and-mortar operations have been shuttered by a global pandemic.

Others, such as the Story and Lens formats (see Adidas and Tommy Hilfiger), are now so recognisable that you may have seen similar versions launched on other social media products.

In any case, Snapchat remains an important source of creativity in digital media, so Campaign asked its UK team to collate the best examples of marketing creativity on the platform this year.

As has become standard fare for social media, all engagement metrics quoted are self-reported by Snapchat. 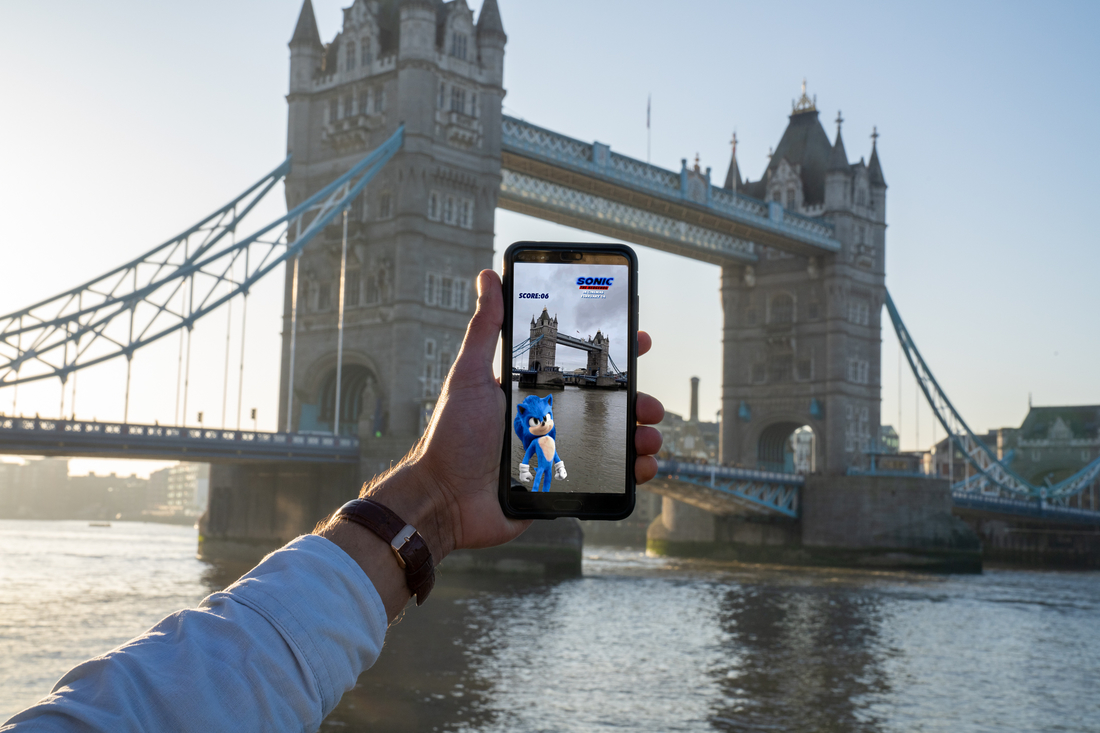 To promote the release of the Sonic the Hedgehog movie in January, the eponymous blue hedgehog came to life in digital form on a number of landmarks across the UK, including Tower Bridge and the Natural History Museum, using augmented reality.

The creative even portrays Sonic as collecting rings, a major objective of the video game on which the character is based. Snapchat said the campaign had more than 27 million impressions with a unique reach of 10.5 million.

2 Lego 'And I think to myself' by Engine Mischief, The Producers and Initiative Junior

Lego is running a Christmas pop-up in London’s Covent Garden this month that features a variety of brick-built installations to bring to life its "And I think to myself" campaign, inspired by the lyrics in its Christmas creative.

Snapchat users can access a karaoke AR lens that will not only help them learn the lyrics to the song but be able to see the lyrics like "I see sausage trees", "My horse is blue" and "Don't seem to give a duck".

To help people stay active while staying at home, the sportswear giant launched a series of filters and an AR Lens to encourage Snapchatters to stay home and to offer them creative, fit and fun ways to celebrate how they were staying active, with the people closest to them. Snapchat said it was viewed more than 14 million times.

This campaign, which ran from September to November, focused on encouraging children and young people to take positive actions towards better mental health. The campaign targeted 13- to 18-year-olds on Snapchat, and included both AR Lenses and a bespoke three-part content series called "In My Head", produced in partnership with Barcroft Studios. 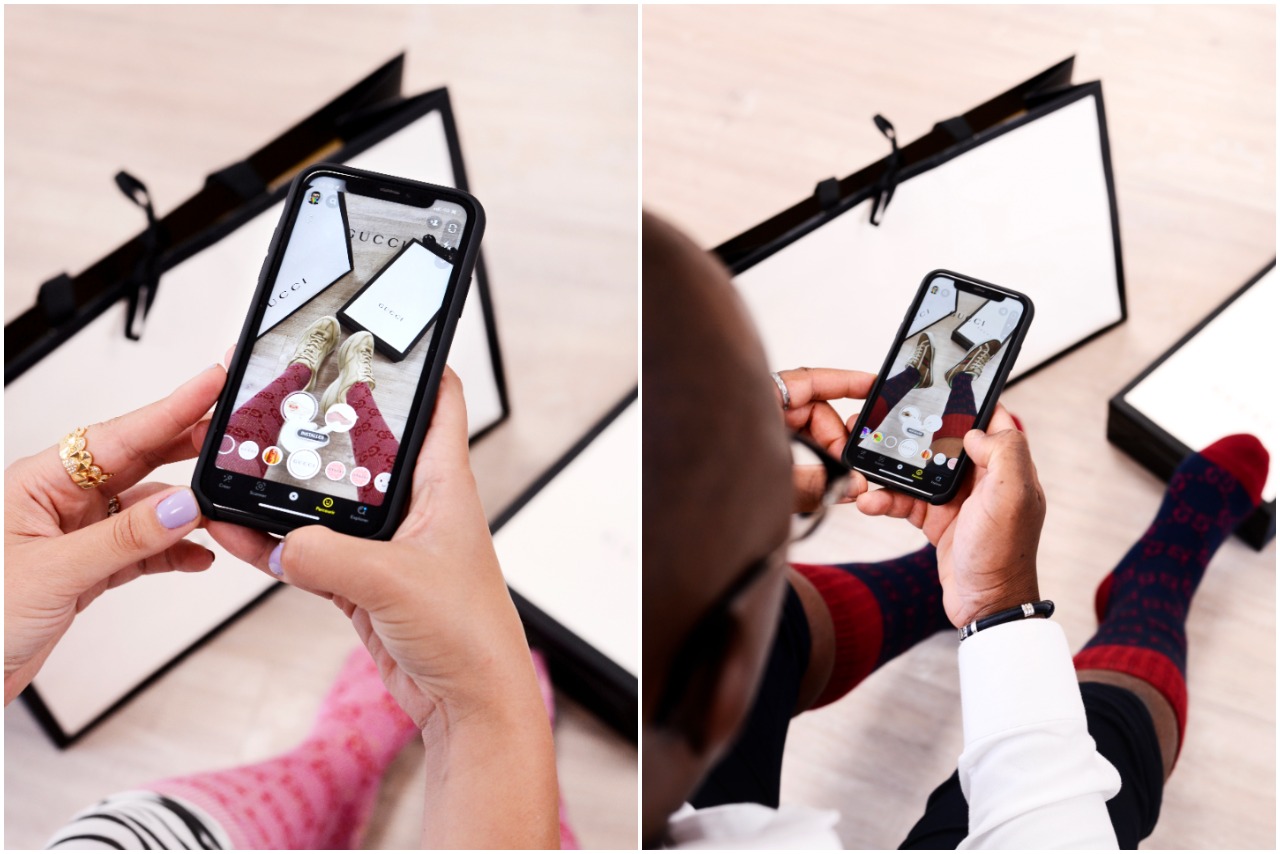 To create excitement around the launch of its new sneaker collection in June, Gucci partnered with Snapchat to launch an AR shoe try-on. Leveraging the recently launched SnapML feature in Lens Studio, Gucci offered Snapchatters a try-on experience for four different pairs of sneakers and a route to purchase via a dedicated “Shop Now” button located inside the Lens.

Marking the launch of its Looney Tunes collection in April, Tommy Jeans launched its first-ever AR portal Lens on Snapchat. The Lens opened with the iconic Bugs Bunny look in selfie mode and when flipping the camera, Snapchatters were invited to step into the fashion world of Tommy Jeans x Looney Tunes.

Inside the Portal Lens people could explore the collection, interact with the space and also use the“Shop Now” button, giving Snapchatters the opportunity to buy the limited edition collection instantly wherever they were.

7 Tate Britain, The National Gallery and the Bank of England '£20 note campaign' 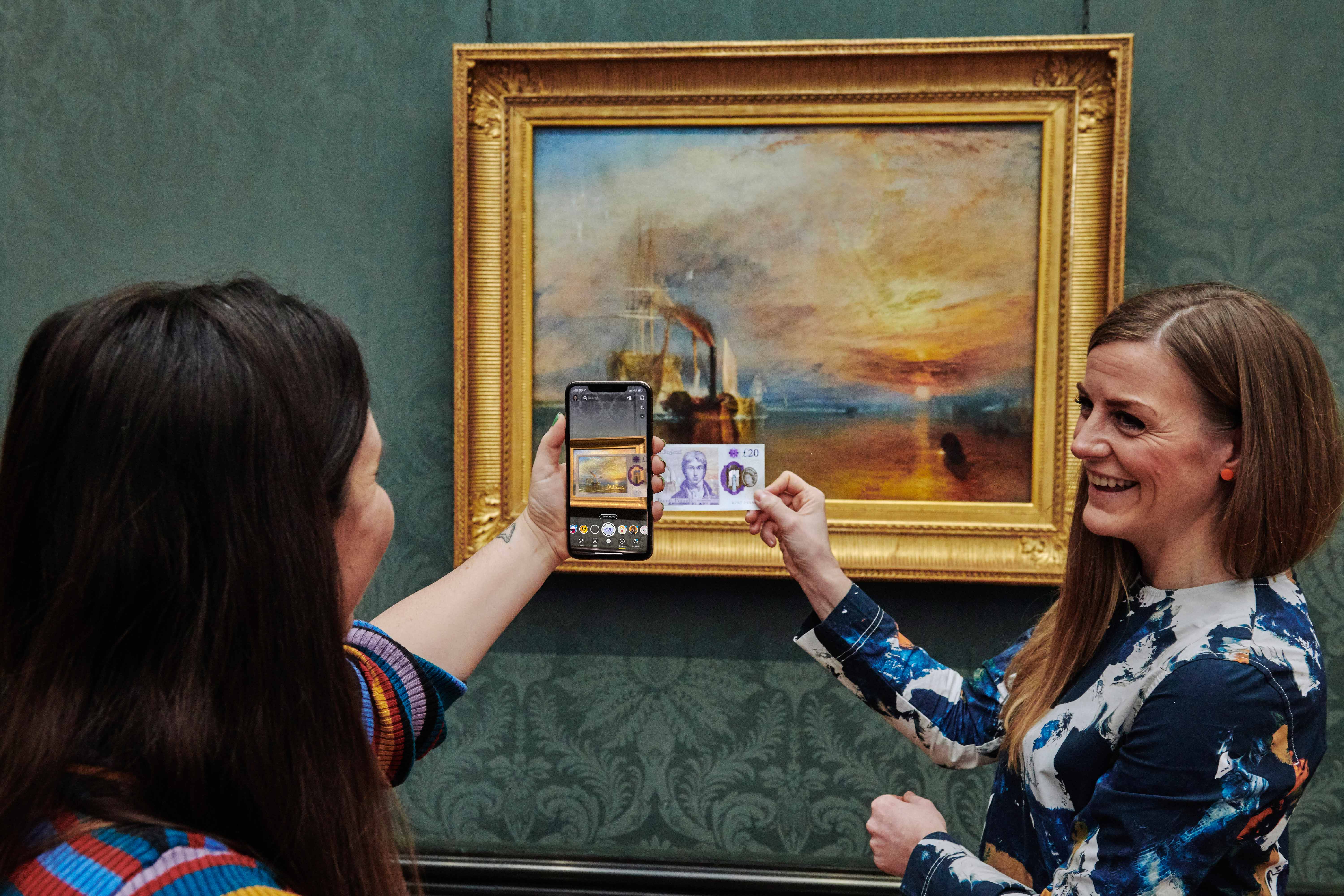 Anyone in possession of the new £20 note (or a picture of it) was able to see their cash in a new dimension, interact and learn about JMW Turner’s artwork which adorns the new note. This campaign launched in February. 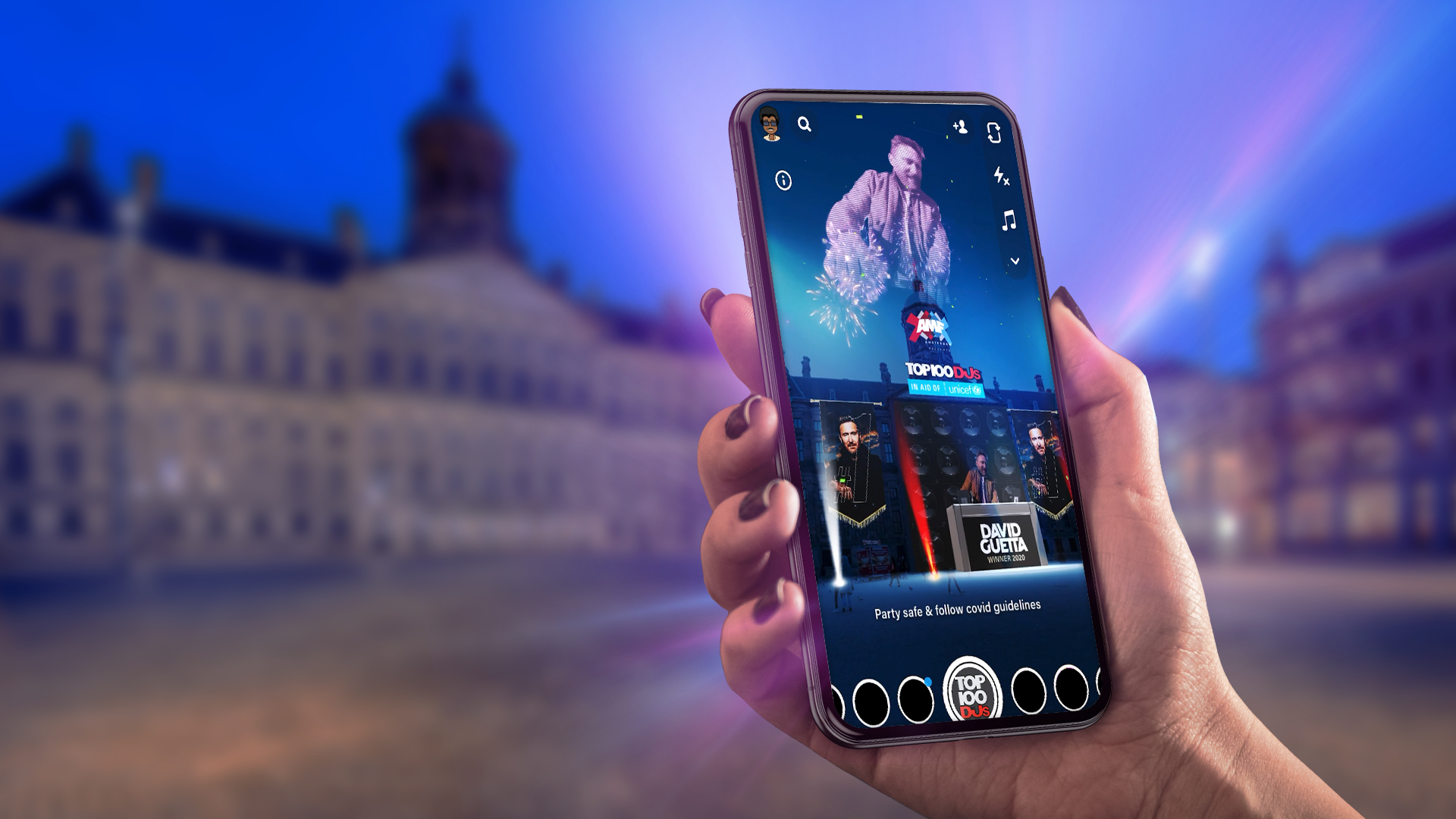 DJ Mag turned to Snapchat to put on an AR concert to celebrate David Guetta being announced as number one in its World’s Top 100 DJs list in November. Snapchatters around the world could use the lens, point their phones at the sky and unlock an exclusive David Guetta set – the biggest of his life.

9 Sky Q 'Everything you love in one place, easy' by Sky Creative

This campaign sought to bring the SkyQ Portal to life, having launched in October. Working closely with Sky Creative Agency, Snap’s in-house design team crafted Story ads to play into the Sky Q "Portal" seen across the integrated campaign.

The Story Ad was meant to surprise Snapchatters as the creative seemingly consumed the User Interface within the Stories tab. Snapchat said this was viewed by more than 6.8 million UK Snapchatters.

This campaign was adapted from the TV ad in July to create a bespoke AR Lens that lets the Snapchatter control different elements of the creative.

Snapping for good: how to tap into Snapchatters’ social conscience

How Snapchat is revolutionising the way we communicate and buy

Lego's plans for future brand experiences will include digital elements

Four ways to play in the branded gaming ecosystem

Why Snapchat is looking to hire its first planner