Campaign by Anomaly drew attention to buildings in London, Manchester and Newcastle.

Grenfell United, a support organisation formed by the survivors and bereaved relatives of the Grenfell Tower fire, have marked the second anniversary of the tragedy with a series of projected messages drawing attention to the unsafe conditions of many tower blocks across the UK.

Seventy-two people died in the fire, which broke out on 14 June 2017. The scale of the disaster has been attributed in part to the cladding used on the building, along with inadequate safety features. This was despite the risk of fire being raised by residents over several years before the fire.

It was reported shortly after the accident that 600 tower blocks in the UK could have similar cladding to that in Grenfell Tower. But despite Theresa May pledging a year ago to spend £400m to remove the cladding, it is still found on a substantial number of buildings. 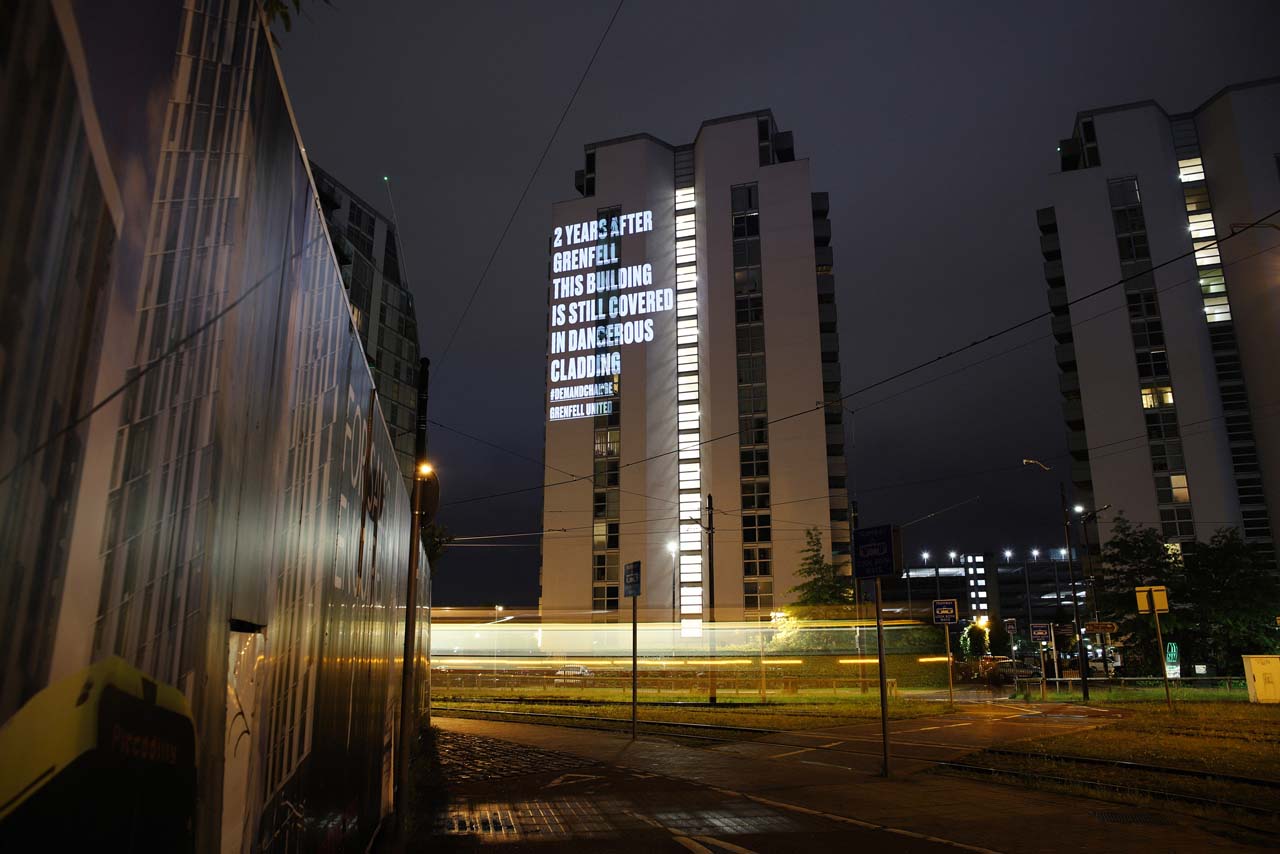 Grenfell United has now teamed up with Anomaly to draw attention to the tower blocks that still feature dangerous cladding, as well as other safety problems such as inadequate fire doors and lack of sprinklers.

The work was the idea of Anomaly creative team Conrad Swanston and Alex Bingham, who approached Grenfell United. There was no previous relationship between the organisation and the agency.

One of the three buildings involved in the activity, which took place last night (12 June), was Frinstead House, just metres away from Grenfell Tower in Kensington, west London, which still has no sprinklers.

According to Grenfell United, The NV Building in Manchester was chosen because it still has dangerous cladding, which is not covered by the government’s removal fund. Newcastle’s Cruddas Park House, meanwhile, is a 25-storey block for over-50s that has fire doors that do not work. 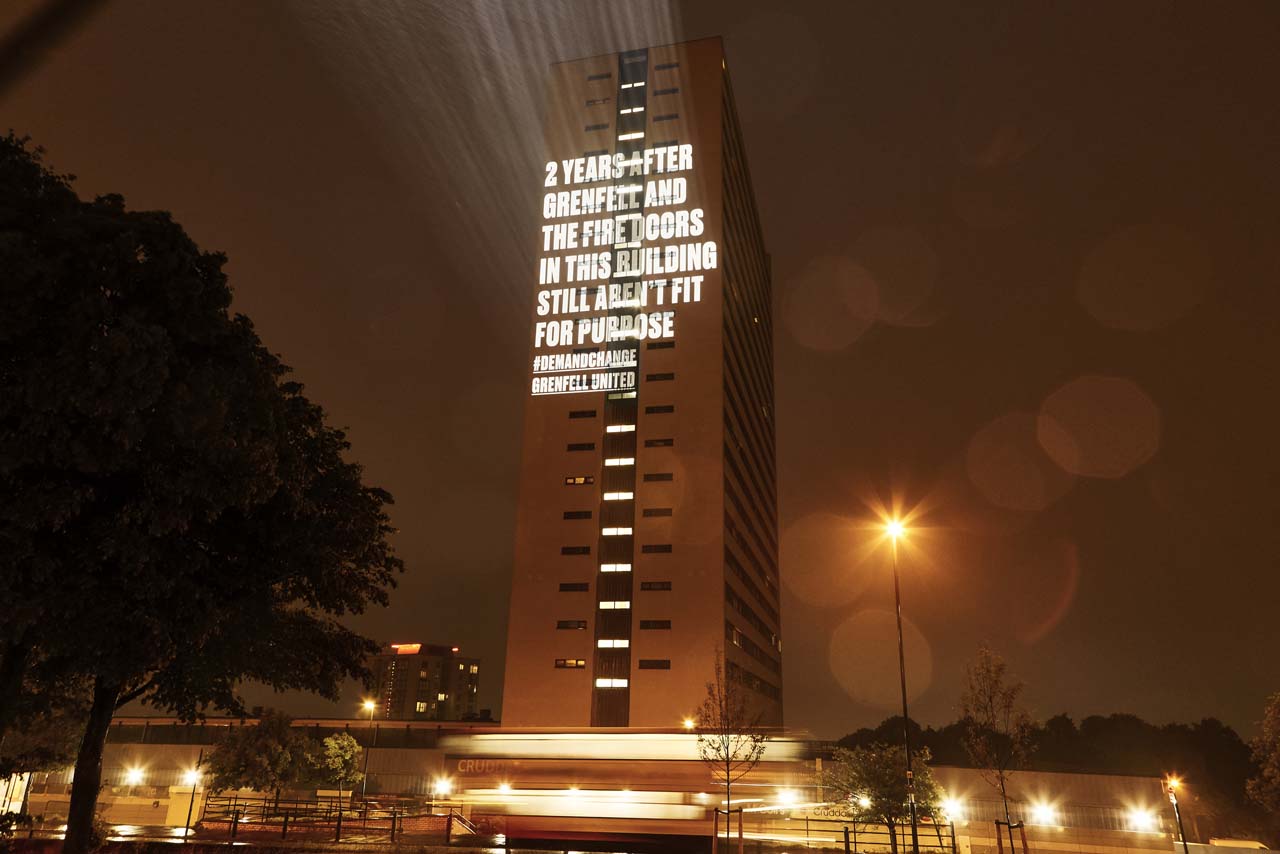 Natasha Elcock, chair of Grenfell United and a survivor of the fire, said: "We needed to send a strong message. It’s been two years since Grenfell and people are still going to bed at night worried that a fire like Grenfell could happen to them.

"After the fire, we were promised that blocks would be made safe. Two years later, we cannot wait any longer; we need action now so everyone is safe in their homes."

Vice-chair Karim Mussilhy, who lost his uncle in the fire, added: "Our message to the government is simple, but we needed the biggest possible platform to make them listen.

"Last week, I visited residents in Newcastle and I heard how they were raising concerns but being ignored. That’s what happened to residents in Grenfell before the fire. We have to change the culture in social housing so people are treated with respect.

"By raising our voices together and uniting blocks across the country, we cannot be ignored. We are so proud to stand alongside residents in Newcastle and Manchester who have been campaigning to be heard. Two years after Grenfell, we are coming together and our voices can only get louder."

Grenfell United is calling for people to sign up to show their support at support.grenfellunited.org, use the hashtag #DemandChange and write to their MPs.

Waterloo IMAX poster site could be lost to redevelopment

How data can save our cities