The UK governement's new campaign, "Stay alert. Control the virus. Save lives", has been met with an onslaught of parodies on social media, alongside the decidedly British hashtag #CheersBoris.

Regardless of whether or not prime minister Boris Johnson’s five-tier alert system looks like the Nando’s spice levels, Campaign has compiled Twitter's best and most scathing parodies of the UK’s latest Covid-19 messaging.

Some viewers have likened the government’s efforts to a lottery campaign, although the "It could be you" tagline seems a tad more ominous in this context. 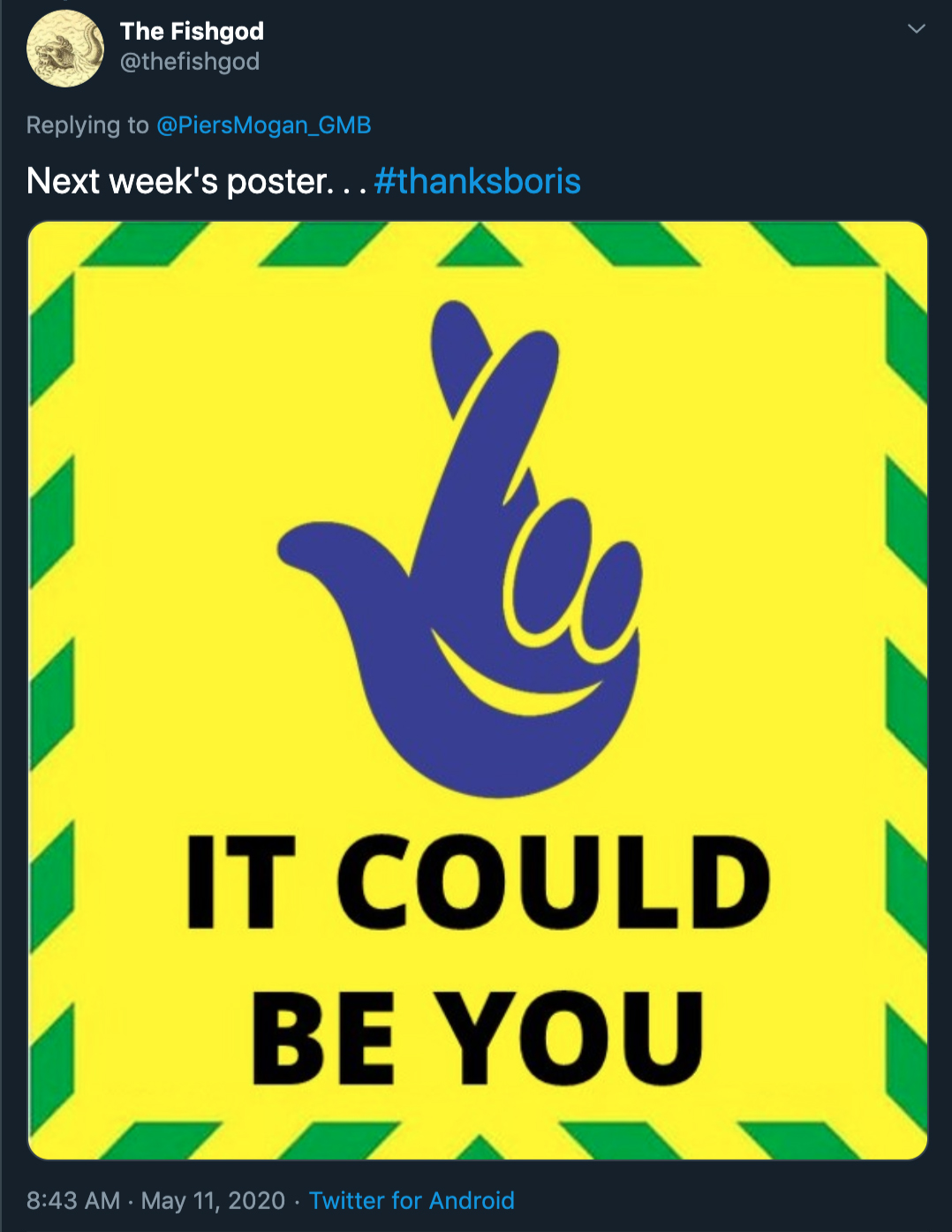 Others took inspiration from East 17’s Christmas anthem Stay Another Day to create their own messaging surrounding the pandemic. 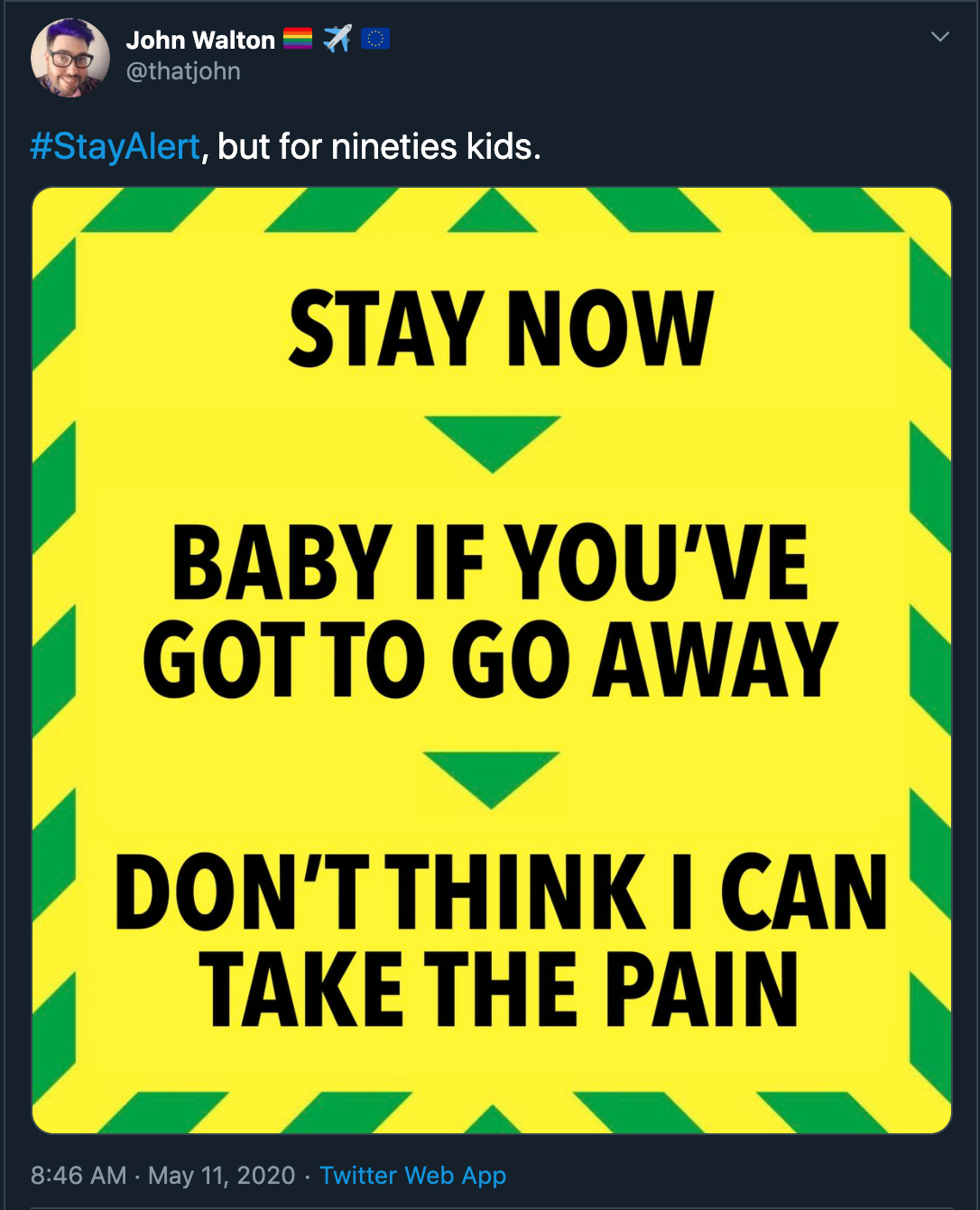 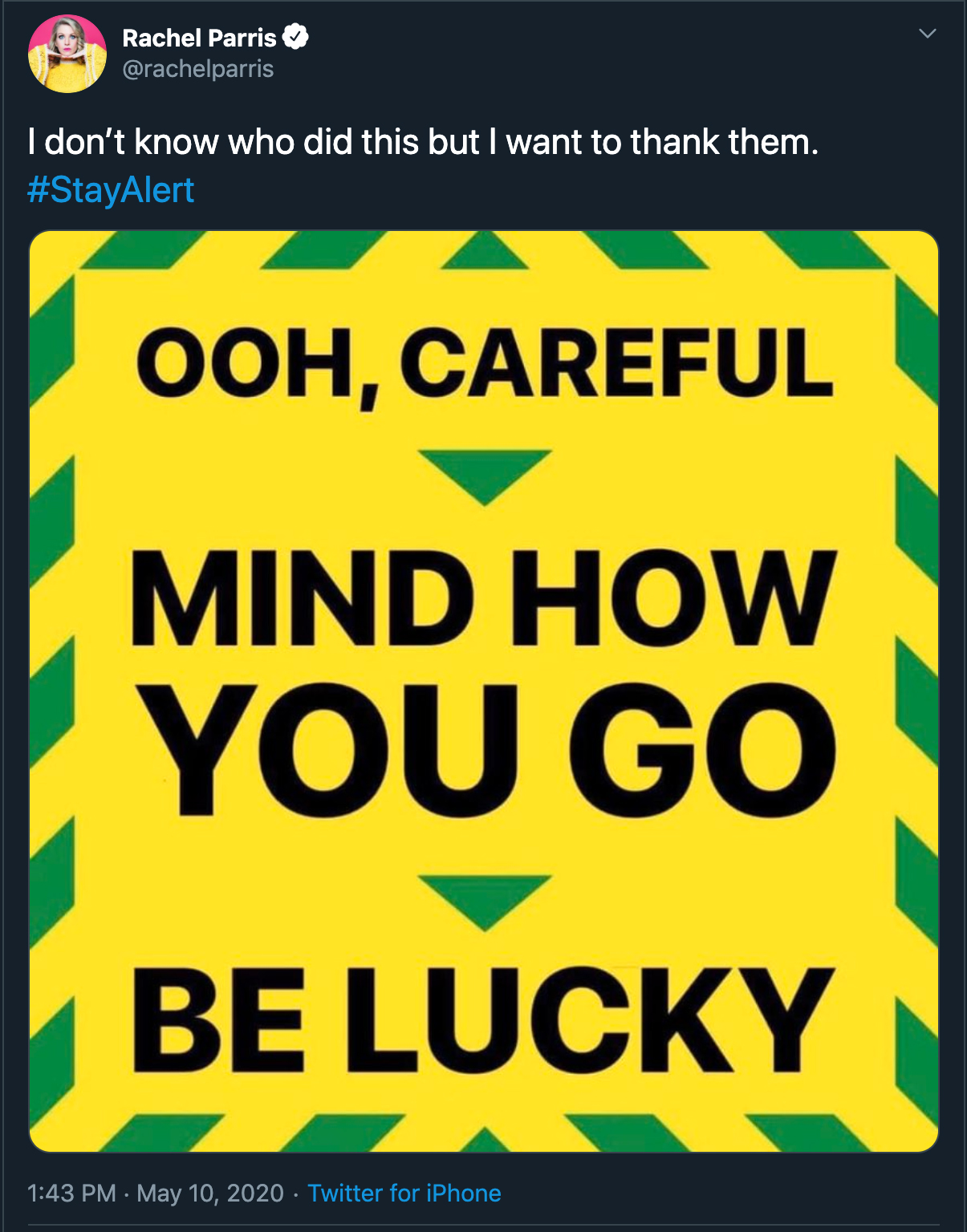 On the other hand, some viewers spotted a chance to tap into the fruitful world of Father Ted memes, referencing the Craggy Island priest’s iconic "Down with this sort of thing" protest sign. 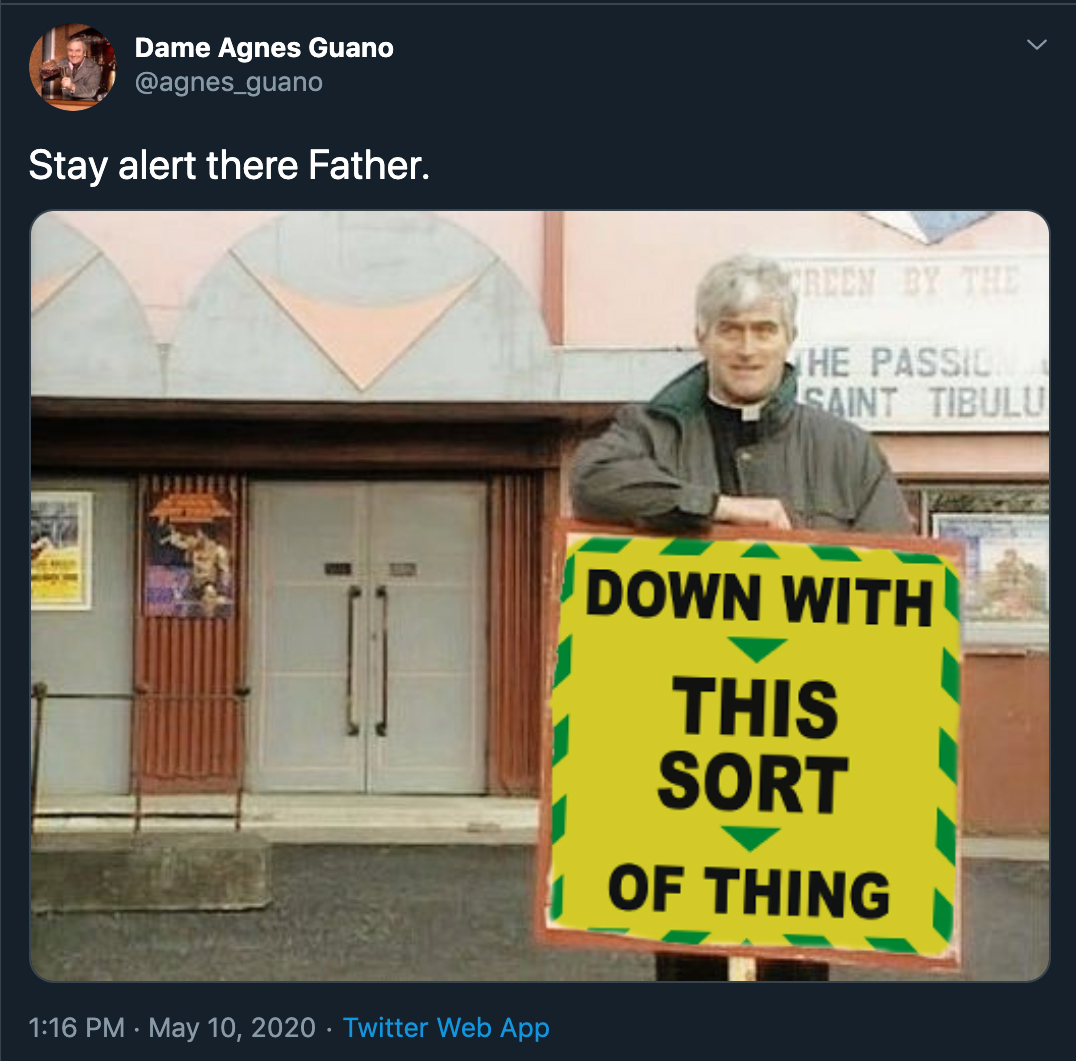 References to street parties and conga lines that took place for Victory in Europe Day (in spite of social-distancing measures) were low-hanging fruit for some Photoshop-savvy Twitter users. 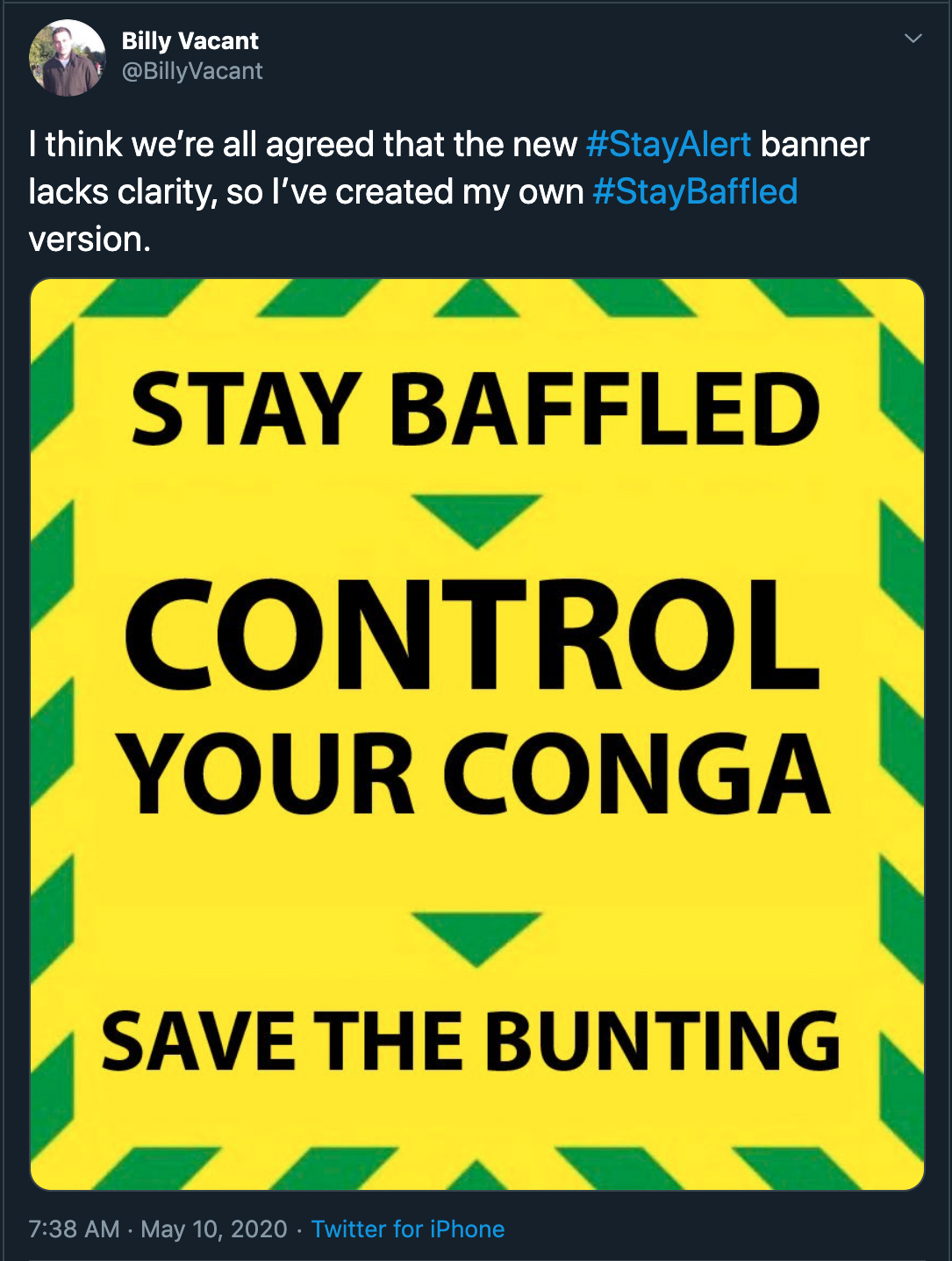 Even with football fixtures on pause, fans couldn’t ignore a likeness to West Brom’s home kit, with shade thrown at rivals Aston Villa for good measure. 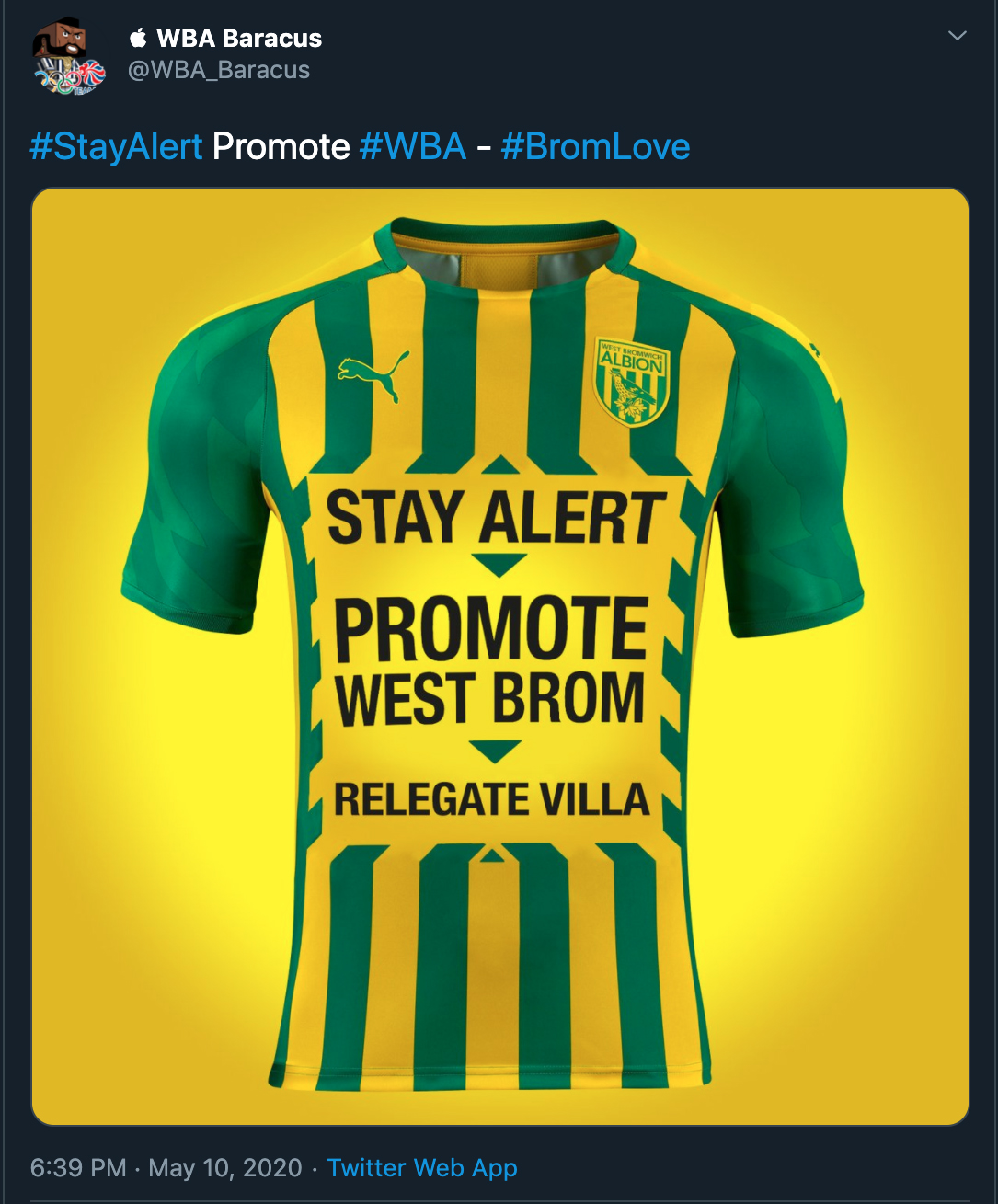 Leaning in to the campaign’s vague wording, Beatles fans decided to swap out the government’s messaging with the wise (and nearly incomprehensible) words of John Lennon in the band’s 1967 track I am the Walrus. 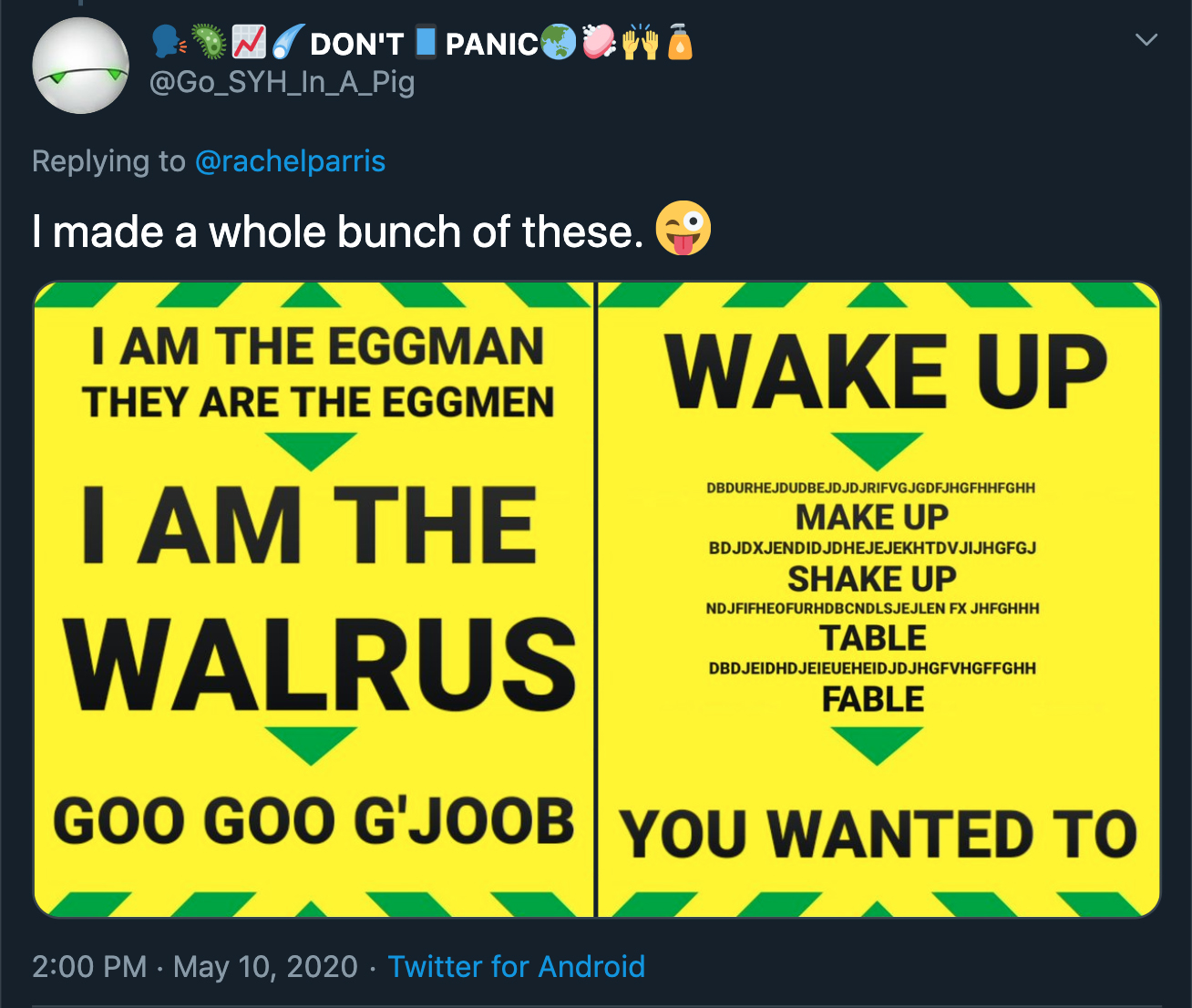