The search giant's recap tugs at the heart with a reminder to keep looking for love, writes Ace Metrix.

Personally, I cannot remember a year in which more people that I know have been so vocal in their desire for the current calendar year to be over. With the possible exception of Cubs fans, we are so ready to close the door on 2016, we can practically taste 2017. It's been a year so surreal that Merriam Webster actually named "surreal" the Word of the Year. Based on lookups of the word spiking at different times, and defined as "marked by the intense irrational reality of a dream," what else could perfectly sum up 2016? The answer, according to Ace Metrix analysis, is Google's annual foray into the "Year in Search."

This two-minute film, created by 72andSunny, reviews the top searches of 2016 through footage of the moments that tore us apart and pulled us together over the course of the year. After a tumultuous year, marked by moments of intense tragedy and polarization, Google manages to bring us something surprisingly uplifting and hopeful. In testing, viewer response was overwhelmingly positive. By overall score, the film falls in the top one percent of all ads tested this year to date, and it is the third highest scoring out of nearly 700 technology ads tested. The combination of high Breakthrough and Relevance forms an Ad Personality consistent with Google's 2014 and 2015 versions of "Year in Search." 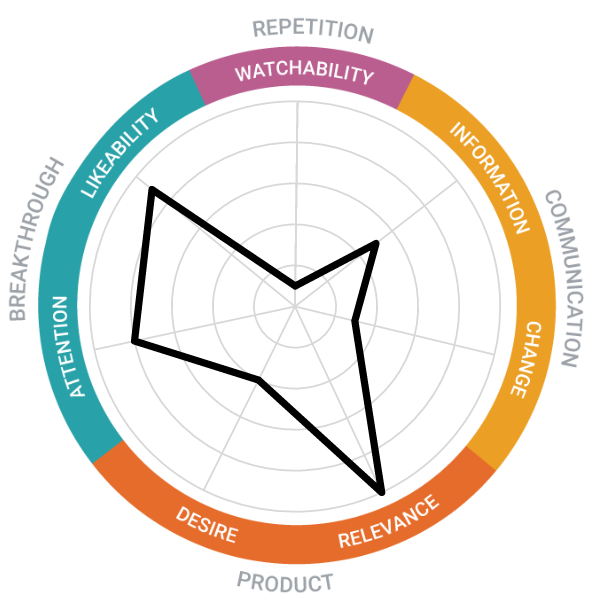 No surprise, viewers named the visual scenes (27 percent) and the message (32 percent) the best things about the ad. With highly impressive scores across virtually every demographic segment—age, gender, ethnicity, region, and income—some of the most interesting nuances in the responses are within the emotional resonance by age group. The emotional word cloud below provides a visual representation of words from all viewer comments correlated with specific emotions. 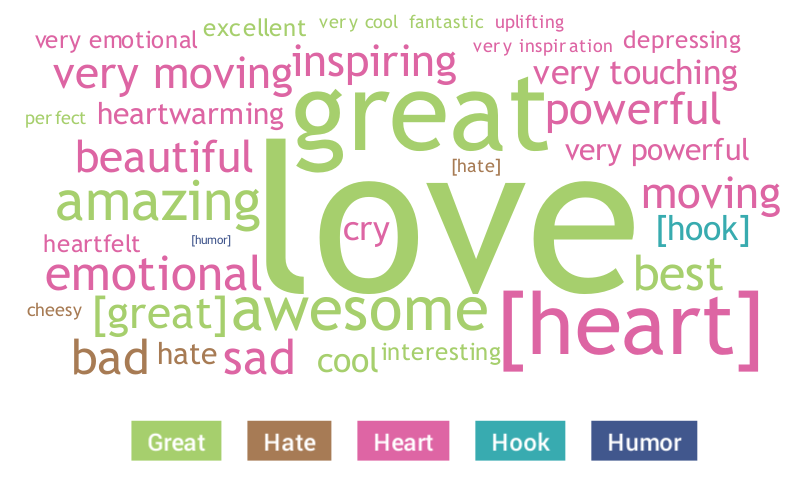 It is in the comments of 21 to 35 year olds that we see the greatest amount of emotion evoked by Google's creative gem. It is also this group that derived the most hope from it.

The youngest viewers, 16 to 20 year olds, had the highest percentage of comments that indicated heartfelt emotion. It is also this group that provided the only comment (out if 352 total) referring to anyone shown in the video by name.

Though they were the least likely to verbalize how the ad tugged at their heartstrings, 36 to 49 year olds are not completely jaded. Perhaps they're just a bit more pragmatic.

Landing in the lowest 2 percent of Polarity Scores, the ad did not receive much in the way of negative feedback. There are always bound to be naysayers, but in general, Google brought viewers back from the precipice and reminded us that "we are the music makers, and we are the dreamers of dreams." And for that, I think they deserve our thanks.