Google UK has shifted its business-to-business marketing towards a tone of voice more akin to consumer advertising in a new campaign promoting the value of search advertising for businesses.

The "Find what matters" campaign was created by 72andSunny Amsterdam, the MDC Partners agency that Google normally uses for consumer-facing ads in Europe. It is the first time Google has advertised search in a B2B campaign.

The campaign seeks to promote to continuous value and ongoing relevance of search to customers. There is a hero video that highlights how consumers use Google search to find what really matters to them. It was directed by Manson through Canada London.

Meanwhile, the press executions (below) are targeted at business verticals, such as a vase that is addressed at the insurance sector or a suitcase designed for the travel sector. 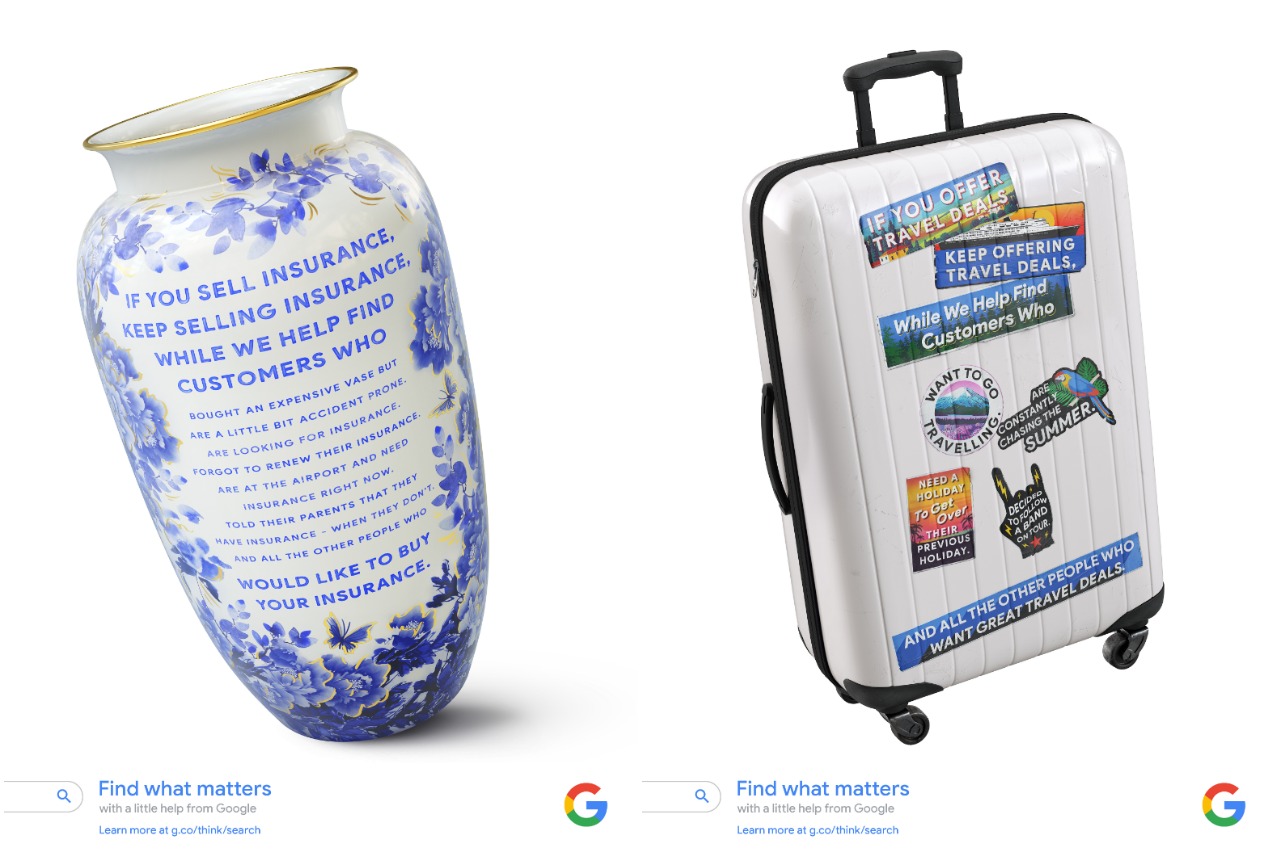 Gemma Howley, search lead at Google UK, told Campaign that, as the world’s "first digital utility", there is a real risk the world’s predominant internet search service could be taken for granted.

She explained: "It felt like the right time to reignite excitement and remind everyone that search has been around for a long time, but it’s a fantastic channel for our advertisers. It’s not about mindless scrolling; it’s about reliable prediction and using answers that they’re looking for."

The "consumer" feel of the campaign, Howley added, was deliberately chosen for a media buying audience that would be aware of Google’s consumer-facing ads within the past year, such as its work for the Pixel 3 phone launch.

"It’s about showcasing that magic of search through user moments. Marketers that we’re talking to are media buyers but also consumers; it’s playing on both sides of that. We’re hopefully reigniting their interest in a compelling way; they will have seen both the consumer materials earlier in the year and now this B2B campaign as well. It’s playful, really."

The campaign aims to encourage digital media buyers to reconsider Google search in good time for the busy shopping season at the end of the year, including Black Friday, Christmas, Boxing Day and New Year’s Day.

Google denied that the work had anything to do with the €1.49bn (£1.28bn) fine it received from the European Commission in March over its "abusive practices" regarding how ads appears on search engines. As the dominant player in online search advertising intermediation in the European market, Google was able to negotiate exclusivity clauses in its deals with publishers.

"[The campaign] would have been planned before the fine," a Google spokesman said.