New 42-inch HD screens allow campaigns to run from top to bottom of escalators at stations.

Google, Netflix, O2 and Disney are among the first brands to feature on Transport for London’s new 42-inch HD screens that enable ad campaigns to run alongside the full length of escalators at London Underground stations.

The "full-motion" format allows ad campaigns to run across the full length of the screens and are four times more engaging than traditional formats, according to research by Exterion and Bournemouth University last year.

There will be eight Digital Ribbons by mid-2019, with further installations planned at London Waterloo and Liverpool Street stations. 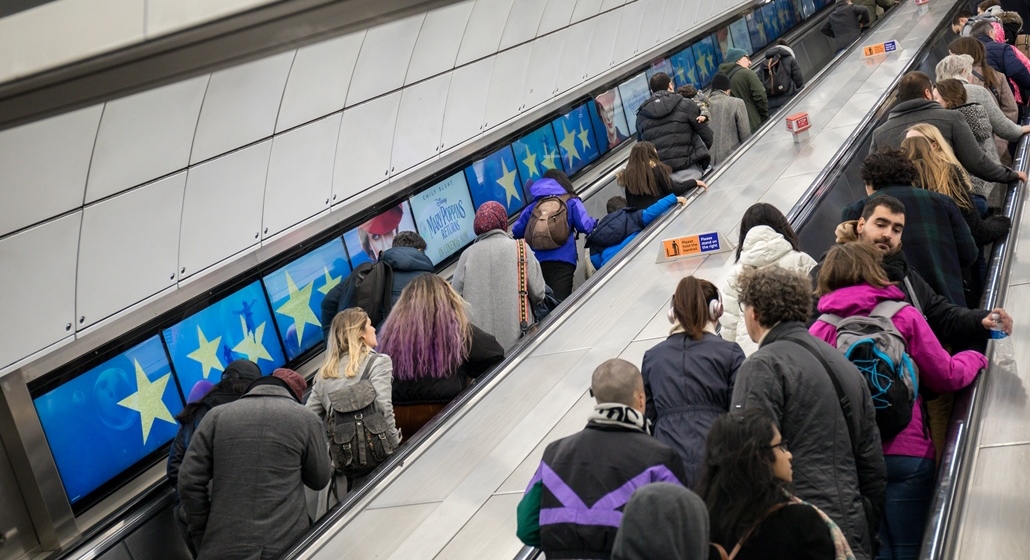 The roll-out of the Digital Ribbons follows last year’s introduction of new LCD full-motion D12 and D6 screens across the Tube network.

TfL revealed in 2016 that it had experienced a "quantum leap" in its thinking after realising it had become an advertising company as well as London’s public transport provider. However, its £152.1m income from advertising makes up just 2.8% of TfL’s total revenue, according to its latest financial accounts.

Chris Reader, head of commercial media at TfL, said of the Digital Ribbons: "Our new Digital Ribbon screens at three of our most iconic Tube stations are a fantastic addition to our advertising estate, making it more attractive to brands by allowing them to engage with the London audience and create more memorable moments for our customers.

"We are continuing to invest in our advertising estate, which is already one of the most valuable in the world, and enables us to raise vital revenue to reinvest back into the transport network."

OOH can be a force for social good

Global swooped ahead of Ocean to buy Exterion Media