Google took its daily Doodle to another dimension by immersing viewers in a VR story paying tribute to pioneering filmmaker Georges Méliès. Campaign asks the creators how they pulled it off.

Google’s homepage got a dazzling transformation last week with its first-ever virtual reality and 360-degree Doodle. The daily Doodle immersed viewers in the magical world of French filmmaker Georges Méliès, who was known for pioneering special effects.

Created in collaboration with Google Spotlight Stories, Nexus Studios, Google Arts & Culture and Cinémathèque Française, "Back to the moon" was an interactive animated story that paid tribute to the visionary approach of Méliès’ films. Campaign spoke to Doodler and project art lead Hélène Leroux and co-director Fx Goby from Nexus Studios about how they pulled off this creative feat.

Where did the idea for the Doodle come from and how did it develop?

HL: Every year in the Doodle team we pitch ideas around people or events that shaped culture and had a positive impact in the world. Georges Méliès is a cinema hero and I pitched the idea last summer. It became obvious that for such a cinema pioneer, we needed to be pioneering also. We approached Google Spotlight Stories (who had already created a number of amazing immersive animated short stories and really focused on the storytelling aspect of VR) who were really excited by the idea of collaborating. They introduced us to the amazing Nexus Studios as production partners and Fx Goby (both of whom I’d worked with before).

FXG: As co-directors we went on to develop the story and choose from the vast array of Méliès references we could choose from. We made sure we had a strong and simple story first, before moving on to build the whole world around it. We did a lot of back and forth to discover the heart of this project and how to pay the best tribute in the limited time we had.

Why did you pay tribute to Georges Méliès and how did you incorporate his techniques/themes into your own work?

HL: It was important for us to create an original story and build all the references from Méliès’ films around it. During the whole process we were thinking, "What would Méliès do with VR if he were alive today?"

Méliès wanted to immerse the viewer into a magical work of fiction, and that’s the approach we tried to take in creating a story with magical and immersive worlds changing around it.

FXG: Méliès was a genius, and in the film we wanted to celebrate his incredible passion and contribution. There are physical tricks represented like the first special effects he used, his most famous works and characters, how he used live music and his colour palette referenced. 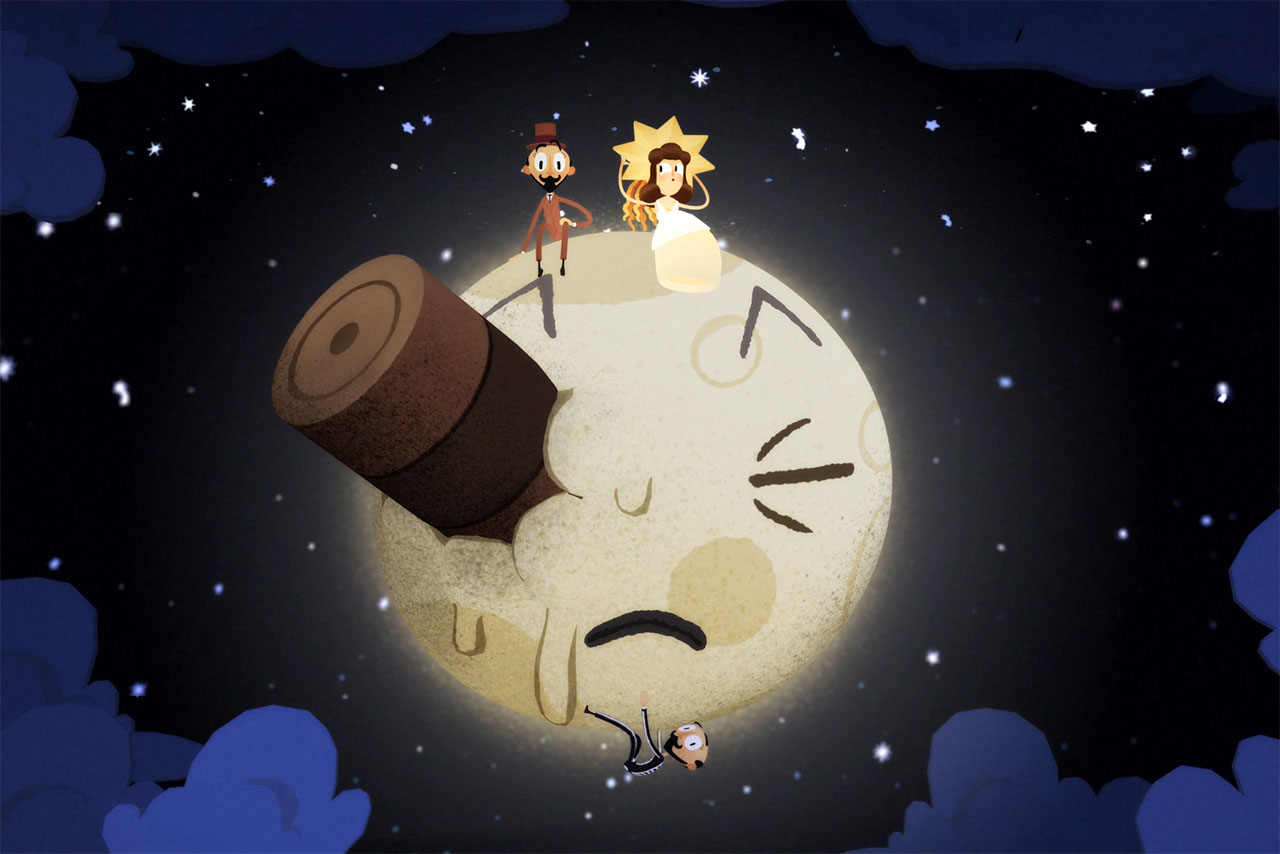 What were the biggest challenges you faced?

HL: It was tough choosing from all of the wonderful references that Méliès created. I remember piling up references on references!

FXG: Using VR to tell a story without overwhelming the audience is something to consider. More ways of storytelling and advanced technology can tempt you to try and tell a story everywhere but a key challenge even when trying to create an epic experience is to take a considered approach.

How did you make this technology accessible for such a massive audience?

FXG: Perhaps that's where having five versions helps! Whether or not you have a phone (likely), desktop, cardboard or are able to experience the full VR version, the team worked to make sure that the vision and storytelling was maintained across platforms.  Obviously the most immersive version is ideal but we've worked hard to make the mobile version as engaging and theatrical as it can be too. It still hits all of the notes on the most entry level of computers too, as long as they can play a YouTube video. 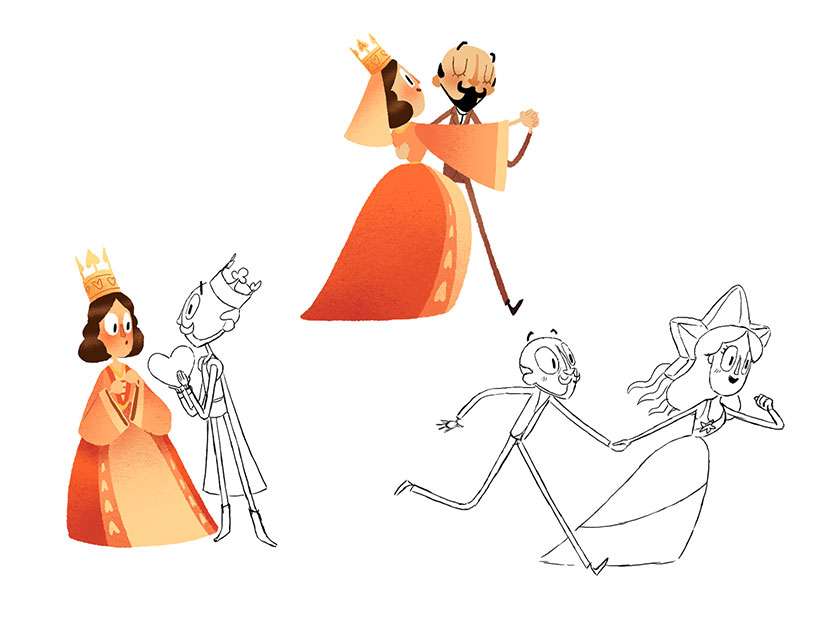 How many people did it take to bring the Doodle to life?

FXG: It was a big team effort! We had fantastic collaborators across the Google Doodles, Spotlight and Arts and Culture teams, Cinematheque Francaise and around 20 artists and technical professionals working on the project at Nexus Studios.

HL: We worked with Méliès experts, a fantastic composer and musicians from the London Symphony Orchestra and many others. It took roughly 80 people to make the first VR enabled / 360 Doodle a reality.

You approached the Doodle like a ballet or play – how so? What else influenced you in making it?

HL: What’s very new with the VR medium is the choice it offers to the viewer. When you go to a play, you are free to look at what you like on the scene – you can choose to follow the main action in the centre, but also look around at other characters, at the backgrounds or at the music band that plays in front. (As a kid I always loved to focus intensely on one musician when going to watch an orchestra).

It was interesting to have a similar approach for VR, where the viewer becomes the camera in the centre and "films" his or her own version of the piece. But like in theatre, what was important was to work in terms of story layers, making sure the main story is very distinctive and easy to follow and find, and have the rest around it to serve the main storyline but also adding lots of extra fun content.

Méliès was himself a stage performer before becoming a filmmaker, and you can find in the films he did afterwards a very ‘’theatrical’’ aspect, with a still camera filming a set in front of it. We kept that approach at keeping the viewer still in the centre of the stage, and having the whole world transforming around him.

FXG: Like immersive theatre, you know you’re not there but nevertheless you’re in the scene. With VR, where you’re observing everything from a certain point of view, we wanted to embrace and enhance that by creating a round stage and a changing set which surrounds us.

What do you hope viewers took away from the Doodle?

HL: It was important for us to really have people discover or rediscover this extraordinary filmmaker who shaped the culture of cinema that we know today. Méliès deserves the spotlight for everything he has done.  We hope this Doodle will bring knowledge and inspiration to a great number of people.

Google named as Cannes Lions Creative Marketer of the Year 2018

How to be a VR director