A fond farewell to the agency from those who knew it well.

When Engine announced the demise of WCRS and Partners Andrews Aldridge last week, it also revealed that sponsorship agency Synergy and brand experience shop Slice would also no longer exist as separate entities.

Rewind just two short years ago and the experiential shop was the runner-up in the most hotly contested Agency of the Year battle at the Campaign Event Awards, following a strong 2016 that saw Slice grow revenues by 25% year on year, secure new business with Twitter and Google, and plan a tentative North America expansion.

By 2017, the growth in live experiences was clearly visible for Slice managing partner Dan Keene, who commented in Campaign’s Brand Experience Report 2017: "Experiential is becoming more important to the bigger campaigns. From working with ad agencies, the experience is becoming at the heart of it. Advertisers need to translate those campaigns to consumers in the real world on their level. If the ad world has a good year in 2017 and 2018, that will, to a point, impact on our work."

It was a far cry from Slice's humble beginnings, starting life back in 1992 as a music promotions agency with Run-DMC as its first client. The agency took its name from the early 1990s scene. As urban and electronic music was breaking through, Slice was all about cutting through into popular culture and resonating with brands.

This much-admired agency proved the launchpad for two other shops: relative newbie Muster, part of The & Partnership, which was set up by former Slice managing directors Tom Rutter and Alec Braun, and one of the hottest experience creators of the moment, XYZ, launched by Slice founder Will Mould and his former colleague Paul Stanway.

Mould recalls: "The lines between work and play were often blurred, but that is what made it so special. We cared about the work and we cared about each other – to the point where there were marriages, and now children, between Slicers. The best stories will remain the stuff of legend in venues and locations around the world, where we took our clients on adventures of live experience."

And those adventures included producing the first brand-owned music events that brought big US acts – from Outkast to Destiny’s Child – to Europe to work with Levi’s, launching Microsoft Xbox in the UK with a template that was subsequently rolled out across Europe, and establishing a relationship with Nike that lasted over a decade and covered the London 2012 Olympic Games.

Engine acquired Slice in 2007, attracted to the enviable work that the agency was creating for clients including Heineken and Beck’s, and Mould believes the spirit of Slice was a large part of the attraction. "Whilst the halcyon days of Slice’s reputation may be the stuff of memory, it remains a touchstone for so many of us who worked there and then went on to sometimes bigger, but not often better, things. Slice showed how the challenger spirit of an upstart agency with the right people can become more than the sum of its parts."

After Mould and Stanway left their posts as director and creative director at the end of 2012, a new duo led Slice for the following four years. Rutter comments: "The agency was an institution that Alec and I were lucky enough to make our mark on during four years of its 22-year history and our highlights include breakfast festivals for a Swedish brand to sending two lucky winners to space camp in Florida after a massive broadcast takeover of Westfield.

"Slice is a huge part of our heritage and a proud part of our journey – its DNA forms part of our current agency and it keeps us brave in our thinking. It will be missed."

Nike was not an Olympic sponsor yet needed to highlight its FuelBand technology. It did so by combining a live music experience with projection mapping on Battersea Power Station for a a crowd of 2,000. The event was live-streamed to social channels, resulting in unprecedented coverage for a non-Olympic sponsor at London 2012.

Locomotive company TransPennine Express teamed up with Engine to launch its integrated 'Where Next?' campaign, with Slice installing a giant interactive North Star in Leeds. Designed by local artist Julia Bickerstaff, the star shone brighter each time the #WhereNext hashtag was shared on social media, alongside an individual’s wish for their town or city. 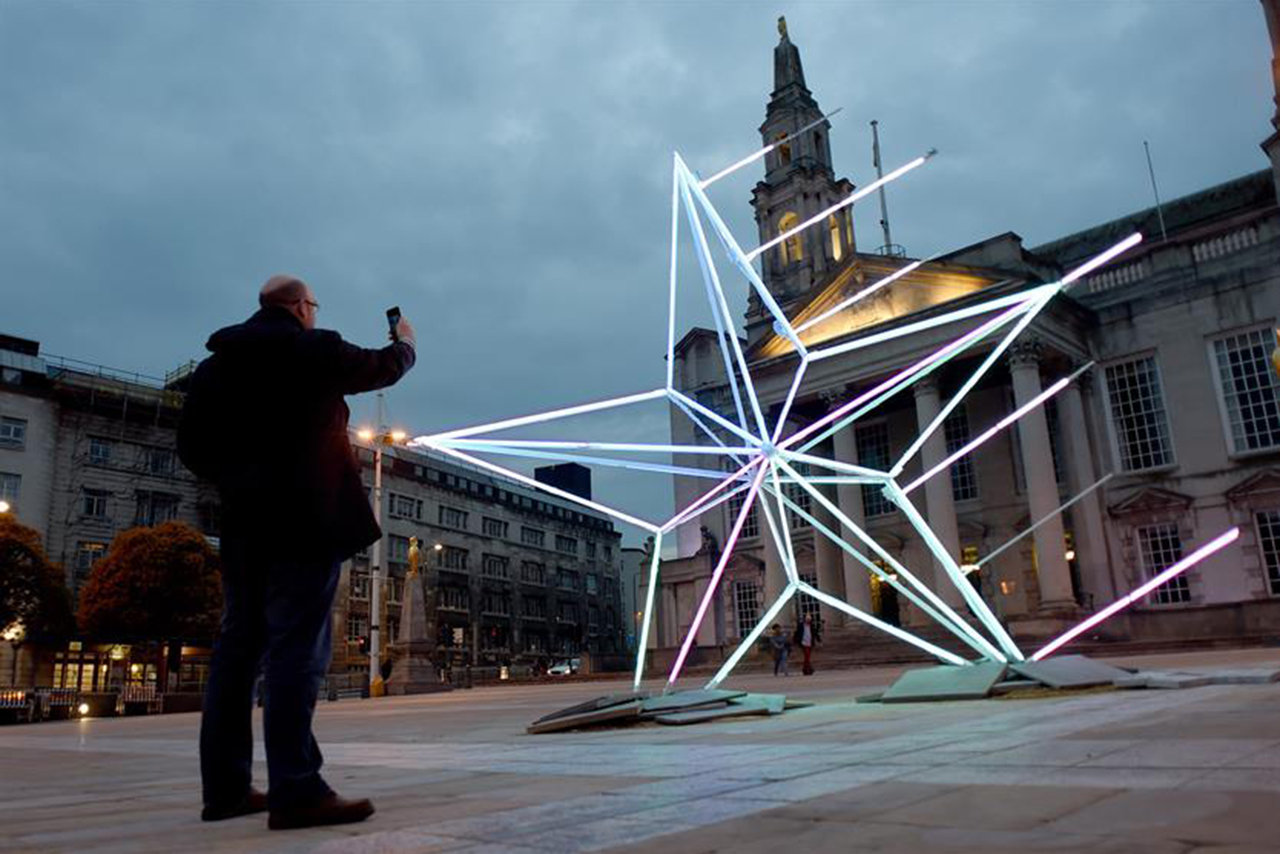 Santander landed an Astonishing Treat Machine (ATM) in its Barnsley store, surprising customers with Christmas-themed tasks and gifts. Olympic gold medallist Jessica Ennis-Hill, who was hidden from view, gave those who visited the child-sized ATM fun tasks to complete.The ATM then deposited a gift for the participant, along with cash to help families over the Christmas period.

Ant & Dec launch their own bank in Santander campaign