Goodness is a force multiplier that has a lot of positive impact, says OMD CEO John Osborn.

Remove your noggin from adland for five minutes and reflect on the bigger picture.

It's not just about media transparency, the "Me Too" movement, the issues swarming around equality and diversity. It’s all of those things as a collective: Global Dignity.

The movement, founded on the principle that everyone is united by the basic understanding of the need to treat each other with respect and compassion, has exploded in recent years (no doubt thanks—in part—to the current political climate).

Now the nonprofit organization has stepped up its game. Global Dignity is armed with a new website and campaign video from agency BBDO New York.

"In a world of choice, we choose dignity," said John Osborn, former CEO of BBDO, and now the CEO of OMD and chair of the Global Dignity board. "Usually, the best movements come out of a time of agitation and turmoil, and unfortunately we live in a world where there’s a lot of divide, and there can be pessimism and negativity."

"What we are promoting is a sense of unity around a shared appreciation for compassion, equality, fairness and tolerance. That’s not to say that we expect the world to be perfect, for us it’s progress over perfection."

Osborn got involved with Global Dignity around 10 years ago during his time at BBDO.

Through partnerships with schools, youth and community-based organizations and refugee communities, it has reached more than 1.8 million young people since it was founded in 2006 by three Young Global Leaders working through the World Economic Forum.

Members originally found a school in Switzerland and led the first immersive, storytelling-based workshop on dignity in just one classroom. It’s since grown from that classroom of 30 students in 2006, to more than 480,000 young people and civil society leaders, volunteer facilitators, parents and teachers across 70 countries. 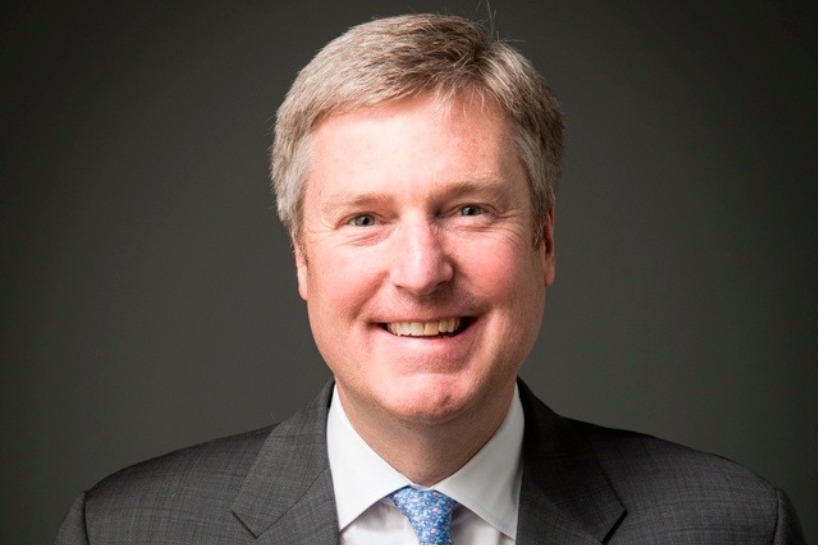 "We have found that particularly among young people, when given a choice they’re choosing a world that promotes dignity, and we find that to be very, very powerful," said Osborn, who explained that the new website was launched to provide new resources, tools and inspiration for Global Dignity’s growing network of local leaders.

"It’s personal to me," he continued. "I think that one of the core values that I believe in—that I’ve tried to put out there—is the sense of dignity and that people should be treated fairly and with compassion. If you practice goodness, that radiates, and it becomes a force multiplier that can have a lot of positive impact on others, on businesses, on communities and even societies.

The short video from BBDO, called "Wake Up in the Dark," personifies a powerful message with real footage of people helping each other.

"Global Dignity encourages and supports young people everywhere to get involved in moving the powerful values behind dignity into action," added HRH Crown Prince Haakon of Norway, Co-Founder of Global Dignity and a member of our International Advisors Council.

Brands are struggling to keep up with the gender and inclusivity conversation, study suggests