We're living in a more globalised world of constant connectivity. As such, our personal, as well as public, lives are increasingly being mediated by technology. 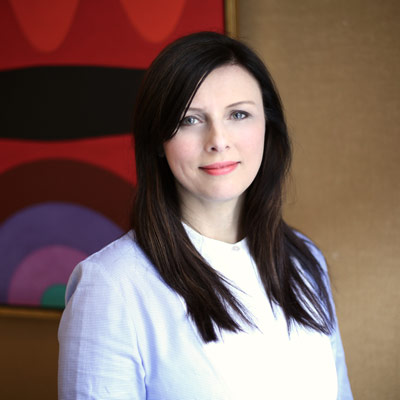 Tracey Follows is chief strategy and innovation officer at The Future Laboratory.

Given that we are entering what The Future Laboratory terms "the E-motional Economy", it is no surprise that, as a species, we are now investigating not only emotional intelligence in humans, but in machines, through human-to-machine communication and machine-to-human communication, too. And much of the work that is being done in the area of robotics now is trying to embed empathetic notions into robots themselves.

If you want a true companion and a meaningful bond, then it’s probably going to be sexual. I first saw Roxxxy at Nesta’s Futurefest back in 2014. Roxxxy (pictured below left, with engineer-inventor Douglas Hines) is a sex robot; a full-size, interactive doll that people can customise according to personal preferences for features such as hair and eye colour, skin tone and breast size.

She can talk to you, express her love for you, listen and feel your touch. She can be a real-life, robotic companion for some; but also, just a means to more sex.

As a recent report suggested, brothels and strip clubs of the future could become populated by sex robots such as Roxxxy, as a cheaper alternative to real-life sex. Who would have thought this would be a sector under threat from machines? Back to humans, though.

At the recent ‘Humans’ exhibition at the Centre de Cultura Contemporània de Barcelona, the idea of ‘teledildonics’ was on display. Kiiroo, the company behind the idea, wanted to enable tactile sexual relations from separate locations via computers, so it built interactive sex toys enabling users to enjoy a new kind of internet experience that can intimately connect anyone, anywhere.

It might mean that in the future you can have sex with whomever you like – even if it’s George Clooney. And if that all sounds a bit too functional and non- emotional, scientists are also working on neural virtual reality, where they hope to discover more about what stimulates the pleasure sensors of the brain.

Imagine, once brain activity is embedded into robot-assisted virtual sex… mind-blowing (apparently). As with any new behaviours, as some of the old risks dissipate, new ones emerge. It could be the case that we are no longer as worried about the transmission of STDs as we are about hackers exposing our intimate affairs.

But as our future generations struggle more with feelings of loneliness and isolation, some of which will have been brought about through technology, will they turn to tech for new and experimental ways to feel more connected through sex? We don’t see any major brands brave enough to be operating in this area right now, but if humans are going to be conducting these new kind of relationships in the future, they will follow soon enough.

Coke Zero knows the benefits of hanging around with your cooler, sexier friends

Brands must understand sexism before wading in