"There was this moment I realized my representatives were not representing me."

Screenwriter and producer Mara Brock Akil fought for her right to take control of her own show after she was repeatedly overlooked by superiors.

"When I conceived Girlfriends, I had not ever run a show before," she told a crowd at the AdColor Conference on Friday Night in Los Angeles during the opening "Moment of Truth" session. "The boss handed me essentially $25 million of television and I’d never done it before, so I needed to be supervised."

The deal -- in her mind -- was that she’d have her hand held for the first year or two to build the confidence she needed to be the showrunner and have entire control of Girlfriends by season three. But when that time came around, the studio had other plans.

Akil said: "Everyone was like, ‘if it’s not broke, don’t fix it.’ I was like, ‘I’m sorry -- broke for who?’. They just didn’t want me to move forward. There was this moment I realized my representatives were not representing me."

Realizing no one had her back, she wrangled a meeting with the studio head about her job.

"I think everyone planned to placate me," Akil continued. "I was so nervous. Cut to the meeting -- it went horribly for me. I remember the cotton mouth. I remember, ‘I’m losing.’ And I remember he asked me the question: 'Well, who’s the better writer?' It was one of those out of body experiences. I paused. I closed my eyes during the middle of the meeting and said a five-second prayer. I opened my eyes and said: 'I don’t know who the better writer is, but I know that if you don’t have me on this show it will fail.'"

Girlfriends went on to be the hit show it is today. 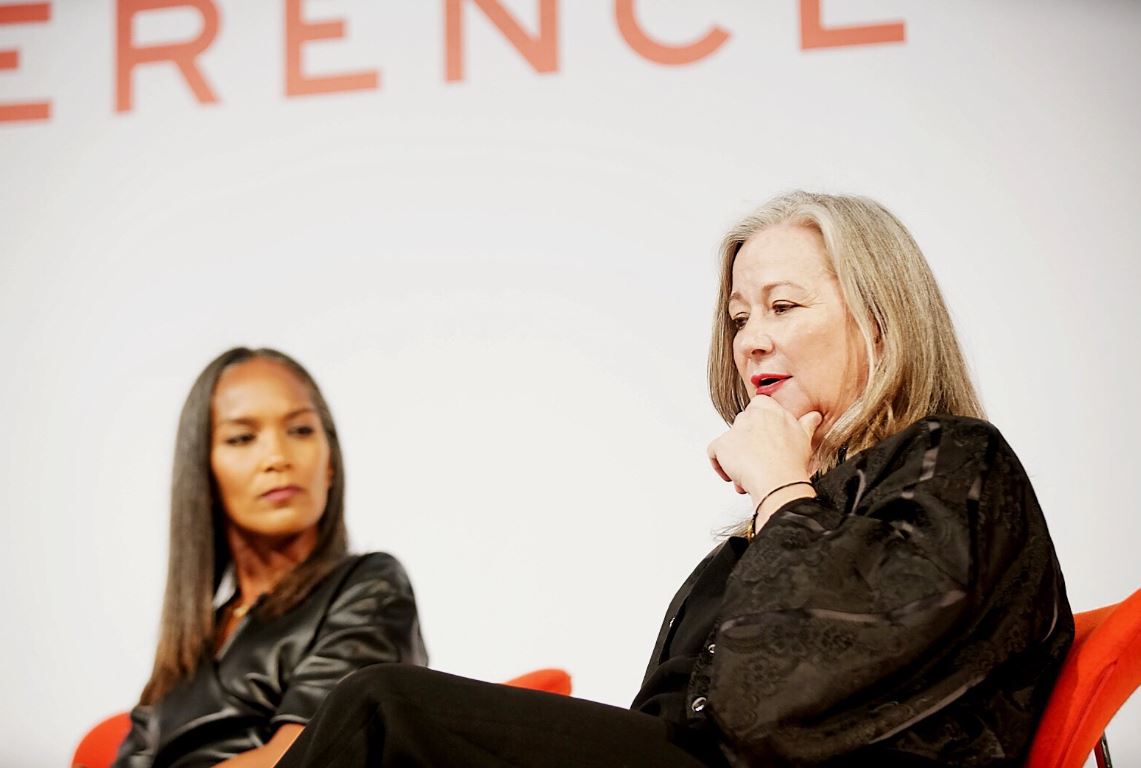 Akil continues to explore culture’s most sensitive topics in her new show, Love Is. In an episode from season one, which aired earlier this summer, she weaved a very personal narrative about her own experience as a sexual abuse victim into the story. Akil said she wanted to highlight "the Me Too movement before you get to the workplace -- when you’re three, four, five."

"I want my legacy to be that she tried to paint or write as many portraits of our humanity as possible so that it’s empowered people to be closer to be who they’re here to be," she added.

Akil was joined on stage by Wieden+Kennedy president Colleen DeCourcy. She spoke about her ongoing mission to change the course of culture for a more inclusive and diverse workplace.

"You can Me Too and Time’s Up and fire offenders and do all sorts of things, but the river that runs through it is culture," DeCourcy said, adding later: "I believe that -- and it’s not just this industry which is known to be incredibly cut throat - I’d like my legacy to be that none of us make it until all of us make it."

This broadcast season: The more you know

Marc Strachan on AdColor highlights and his moment of truth

Men of color open up about gender equality and #MeToo

How brands can benefit from polarization

One-word answers with the CMO of American Express