Labour Party "This lady’s for turning" by Krow Communications

Labour’s ad highlights issues that prime minister Theresa May has promised but later made a U-turn on.

Green Party "The race to number ten" by Creature of London

The Green Party released another satirical political ad lampooning its rivals, this time with a sinister parody of a 1990s spot for a board game.

Forever Beta pokes fun at apathetic young people in a faux political broadcast on behalf of the "Can’t Be Arsed Party".

Channel 4’s ad encouraging young people to vote in the election is chock-full of sexual innuendos.

i newspaper "Election" by Atomic London

Party leaders are pictured in guises representing subjects that have become synonymous with their campaigns. Jeremy Corbyn is made to resemble Kiss frontman Gene Simmons, while Theresa May is pictured in a fox fur stole. 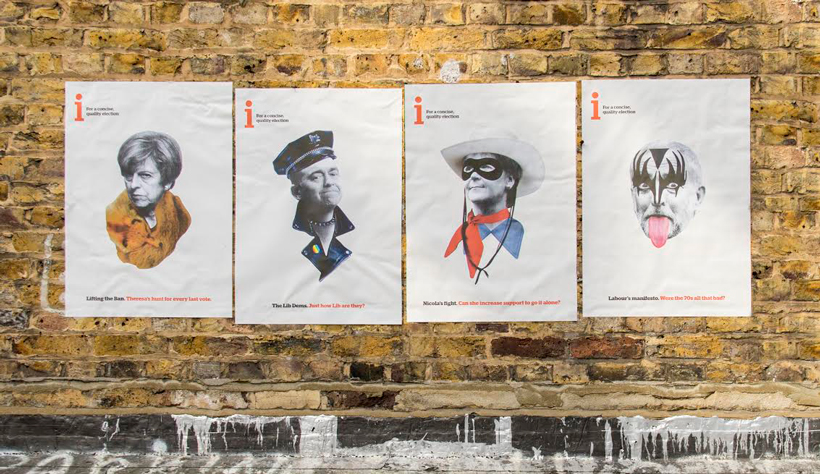 Argos is running a reactionary TV ad on election day as part of its "80 days of Argos" campaign, which includes a new and topical spot each day. The video shows a Habitat seat in a range of colours, along with the message, "Want seats 8 June? Get seats 8 June."

Dunkin’ Donuts "The snack election" by The Martin Agency London 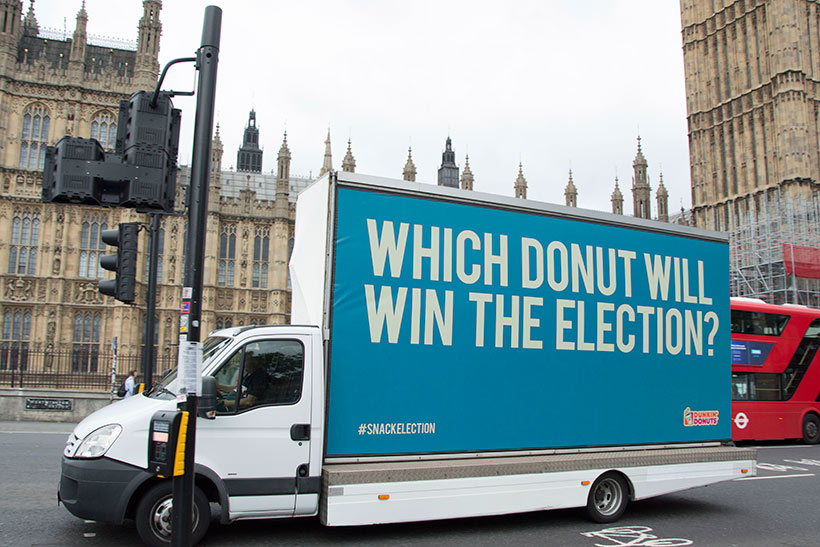 Dunkin’ Donuts is trying to lighten the mood during the general election by asking for an alternative public vote on potential new donuts. The four donuts up for election are The Blue Donut, Red Donut, Green Donut and Orange Donut (sound familiar?) The winning one will end up going on sale.

Twitter has created an emoji for the hashtag, in collaboration with the Dogs Trust charity, which was trending on the morning of election day: 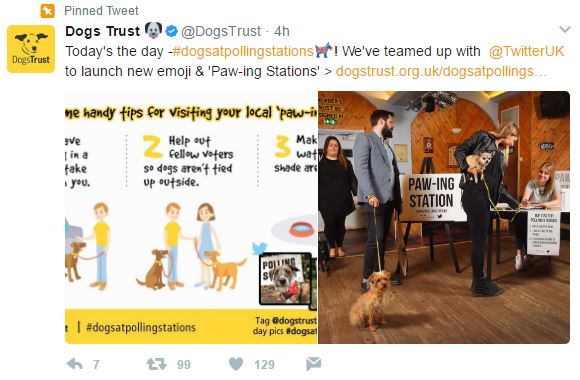 Insurance company Churchill, with its famous bulldog mascot, is also tapping into the 'dogs and polling stations' craze:

CV Library "Who will be looking for a new job?"

Away from canine activities, online job site CV-Library is driving this election-themed van around well-known sites in London on election day: 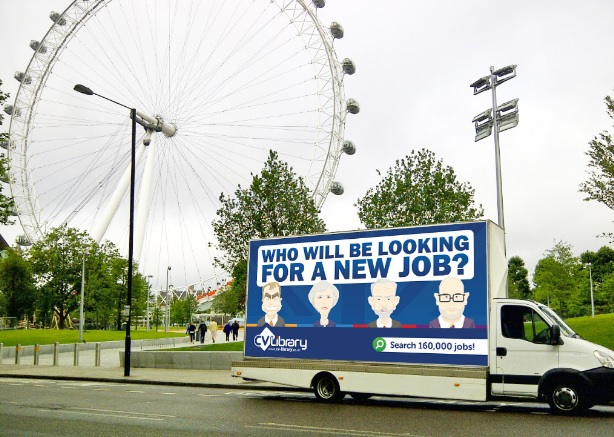 Fast food brand KFC has made its own election commitment:

We pledge to bring gravy to every meal. https://t.co/8pGOfle9JU

We can always rely on Ryanair to tap into the zeitgeist:

Worried about your seat? With Ryanair reserved seating, you have nothing to worry about! https://t.co/njeEWgMcSr #UKElection2017 #GE2017 pic.twitter.com/6L4ATB7t5c

And Paddy Power channelled Monty Python with this post:

Could you be the one to give Theresa May her 500,000th slap in the (virtual) face with a kipper?!