Advertising has long pandered to the notion of an ideal body type or used sexist sentiment to flog products to men, but a raft of recent ads has turned the tables and used feminism as a central tenet of the marketing message.

For fans, it was a bold piece of advertising in perfect harmony with the brand. For the not-so-fanatical, it was the symbol of much that is wrong with marketing. 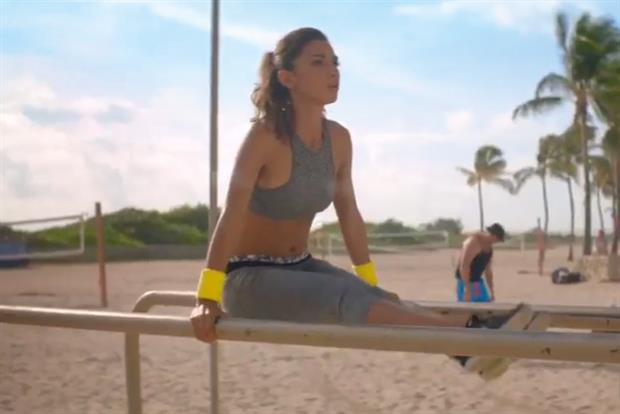 While not excusing the crassness of the ads, there are at least some synergies between a weight loss product and body image.

Yet there are instances of ads that have use outmoded sexual stereotypes to flog the most unlikely of products.

Take Cardiff-based bus company New Adventure Travel. It ran a series of bus banners featuring a topless female model and the words "Ride me all day for £3".

The campaign caused an outcry across social media and led the firm to eventually withdraw the ads, but not before it made a feeble attempt to dampen the flames by running a similar ad with a man.

Toy manufacturer Mattel last month made a move clearly designed to distance itself from accusations that its Barbie dolls - often accused of symbolising clichéd, outdated femininity - reinforced gender bias. The firm announced that it was adding an array of body shapes to its range of dolls, including 'curvy' and ‘petite'.

For Vicki Maguire, executive creative director at Grey London, Mattel’s move was more for the parents than the kids, a public relations exercise.

But, she adds: "I don’t mind shameless PR because it gets people talking, and as long as it raises debate then that’s good.

It's a conversation that is resonating within marketing departments, with a growing list of brands adopting a studied emancipatory tone.

Sport England’s ‘This Girl Can’ push is a case in point. The campaign aimed to get women exercising by pointedly eschewed the tropes of fitness marketing - that is, toned bodies and not a whisper of cellulite - and using lines such as ‘I jiggle, therefore I am’.

It won a Glass Lions award at Cannes, a new category that recognises marketing that combats gender bias, and which itself is a sign of how far things have come.

But it has not always been so. Until relatively recently, the approach of brands towards issues such as gender and feminism was often skewed.

Back in 1994, Wonderbra’s ad agency TBWA/London produced a poster campaign with a picture of model Eva Herzigova in black bra and knickers and words ‘Hello boys’ daubed across it. 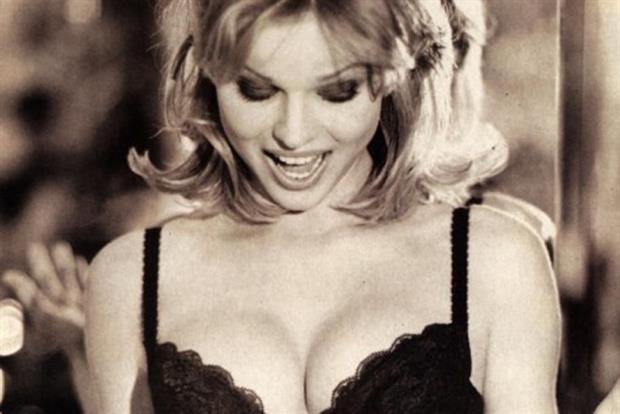 At the time, it drew a mixed response. On the one hand it was lauded for its message of empowerment, and on the other it was accused of playing up to female stereotypes. This was at the height of lad, and to an extent, laddette culture, when Loaded and FHM ruled supreme and the Spice Girls sang about ‘Girl power’.

"I think it was received positively by most people," recalls Alex Hamilton, strategic planner at branding and packaging design consultancy Bluemarlin. "But the idea that a feminine brand would say ‘Hello boys’ was not really that empowering. Campaigns like that almost educate women to think about how men think about women."

For Maguire, the campaign’s reception in the nineties speaks of how society has changed.

"It’s weird that ‘Hello boys’ was recently voted the best outdoor ad of all time," she says. "If it were to run today it would likely be panned."

Ten years after Wonderbra flaunted itself on billboards across the UK, a more obvious feminist approach to marketing made its mark on the mainstream, when in 2004, Dove’s ‘Campaign for real beauty’ came into play.

Ask many a marketer and they will agree that Dove’s ‘Campaign for real beauty’ is probably one of the ideas that has led the way for brands looking to avoid cliché and embrace empowerment.

"I think Dove stands up in advertising terms," Maguire says. "From a language point of view it started talking about ‘pro-age’ and not 'anti-age' and it broke the myth of beauty being on the outside by saying that beauty is from within." 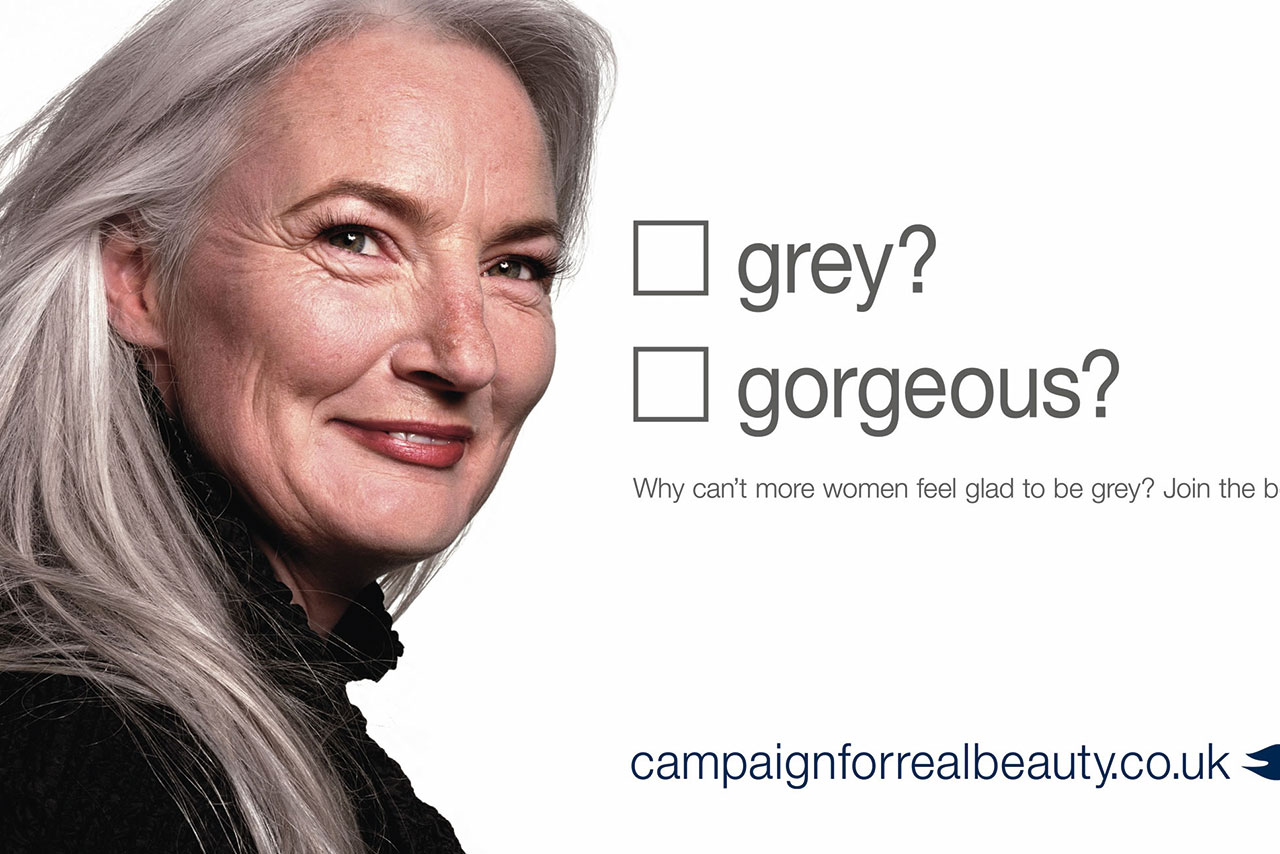 And yet for Hamilton, Dove is to a degree resting on its laurels.

"The problem is it’s unfortunate that the message has not really changed," she says.

"We’re still talking about ‘Real beauty’ but it’s not moved with the times and remained empowering.

"The packaging is still overtly feminine, curvaceous with a satin finish, and fits in with feminine stereotypes."

It is perhaps a mark of how the issue has progressed that Hamilton thinks the campaign needs to move on in today's climate.

But just what is fuelling brands' growing liberalism towards gender? While brands are perhaps not as overtly sexist in their tone, are the industry’s attempts to portray women as more than housewives or nubile young things born out of a genuine desire to emancipate, or a tokenist attempt to jump on the feminism bandwagon?

"I think things have improved, because they’ve had to," says Hamilton. "Social media and the ability people have to comment to things rapidly has meant that brands can face a serious backlash if they don’t consider the messages they put out there.

For Hamilton, the fashion industry is one of the standout sectors leading the way for gender equality, and the irony is not lost on her that it once faced widespread condemnation for its portrayal of women, particularly on the catwalk.

"I think you can point to the fashion industry and recent campaigns from the likes of AG Jeans, which is using female models modelling men’s and women’s ranges," she says. 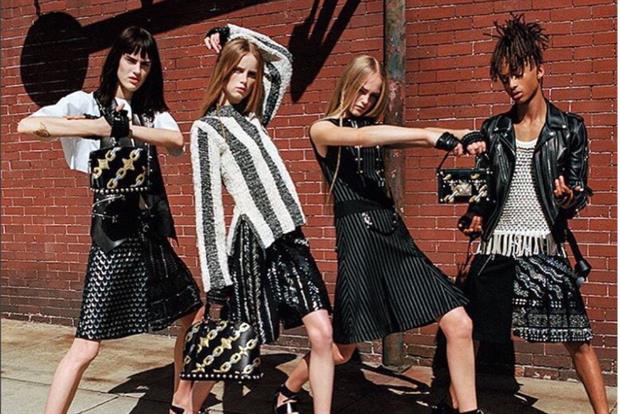 She also references Louis Vuitton, which recently hired Will and Jada Pinkett Smith’s rapper and actor son Jaden Smith to model its womenswear.

"Fashion is often at the forefront, often the leader in this. I think it’s easy for people to see those campaigns and relate to them. They are very popular on Instagram and social media. Obviously they are getting the message out there, but they are also jumping on the bandwagon. But that’s a good thing."

Maguire mentions Lego, which recently reacted to a social media outcry over a lack of diversity in its figures by creating a disabled, wheelchair-bound character with a helper dog.

She is also a fan of Pirelli’s u-turn on its historical use of barely-clad models in its calendars (a ubiquitous presence on the walls of garages) with women famous for reasons other than their looks.

Getting the tone right

But for Hamilton, there are brands for which taking up the feminist baton ends up with them face down in the mud.

She cites Virgin Media’s ‘Inspire’ campaign promoting its top-level broadband offering, Vivid. The ads focused on the value of connectivity rather than speed or price. Yet for Hamilton, the feminist message jars.

The TV work shows a young girl on a sofa watching women’s football on her tablet, which leads her mother to show her an array of present and past prominent female icons, such as Billie Holiday, Emmeline Pankhurst and Paloma Faith.

"It seems like it’s using these feminist icons to jump on the bandwagon," says Bluemarlin's Hamilton. "The problem is that I think the consumer is quite savvy and will see through that."

Maguire agrees. "There’s this wonderful Tumblr of Richard Branson [literally] picking up women, so I don’t buy that this feminist message is at the heart of their DNA," she says.

To an extent, marketing will always be rightly described as opportunistic. After all, its sole purpose is to shift product. So if tapping into a social agenda can facilitate sales, then that’s to its advantage.

But such a move has to at least ring true.

"There’s so much tokenism, and a lot of that tokenism is from within agencies," Maguire argues.

She recalls a phone conversation that would not have been out-of-place during AMC drama Mad Men’s more satirical moments. It was from an executive creative director at another agency asking for a female perspective on a client’s work; or as he put it, "from a bit of skirt".

"There are still pockets like that within advertising, and they’re shitting themselves because clients are looking at the gender mix when they rock up to meetings," Maguire says.

"Women make 85% of purchasing decisions, but there’s more chance of it snowing at Christmas than there is of a client being presented to by a female ECD in London. Clients are looking around and saying ‘There’s something wrong here'."

While there is still further to go in redressing the balance, clearly some men are feeling victimised by the way their sex is depicted in some ads.

Be it the toned musculature of the Diet Coke hunk, or deliberately stupid men in ads for household cleaning products, men too are fed up with being stereotyped. 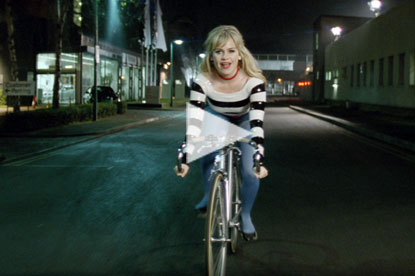 According to Mintel research 17% of men aged 16-24 found that the use of male models in ads made them more self conscious about their looks.

The research firm’s report, published in January, found that so-called ‘hunkvertising’ is causing men to avert their eyes from ads, with 50% of men saying they don’t pay attention to advertising and a quarter (26%) agreeing that ads sexualised them as much as women.

This is an area that brands like Lynx have subverted, turning the the notion of hunky men who typically populate fragrance ads on its head and introducing the drippy hero.

But Grey London's Maguire is taking no prisoners, certainly not male ones. The Lynx man she describes as "pure Carry On, or On the Buses".

What about when ads overtly objectify men or depict them as half-wits baffled as to what to do with a cleaning product?

"I love it, because now you know how it feels," she jokes.

"What I do love is that the backlash is quicker than it was for women," she adds. "In Hollywood they’ve been rallying against the male steroid-pumped body. Men are saying we want dad’s bodies. That’s really interesting."

Can marketing lead the gender agenda?

The marketing landscape may be dotted with more flags claiming feminist territory, but they are very much a reflection of the zeitgeist. Can marketing ever truly influence attitudes to gender, or can it only respond to and reinforce the wider agenda?

"I believe that advertising lags a few years behind reality," Maguire says. "There may be a few brands that are up for change and those advertising agencies that work with them are in a good position to bring that brand’s social conscience to the front. But by and large, brands and agencies are followers, not drivers."

Take a glimpse at the future of sex

Brands must understand sexism before wading in

The future of gender: in an era of microtargeting gender will be irrelevant

When Dove got 'real': a potted history of a brand turnaround