Global football campaign by TBWA\Chiat\Day is part of PepsiCo's partnership with Uefa.

PepsiCo sports drink Gatorade is launching a major international campaign, "Make them sweat", built around its status as the official sports drink of Uefa.

A 90-second spot, called "Sweat chain", created by TBWA\Chiat\Day, features a series of scenes and images illustrating the extent to which fierce competition makes footballers (and their coaches) sweat.

It will launch initially on digital and later be shown on TV in several markets in Europe and Latin America, but it has yet to be confirmed whether this will include the UK. 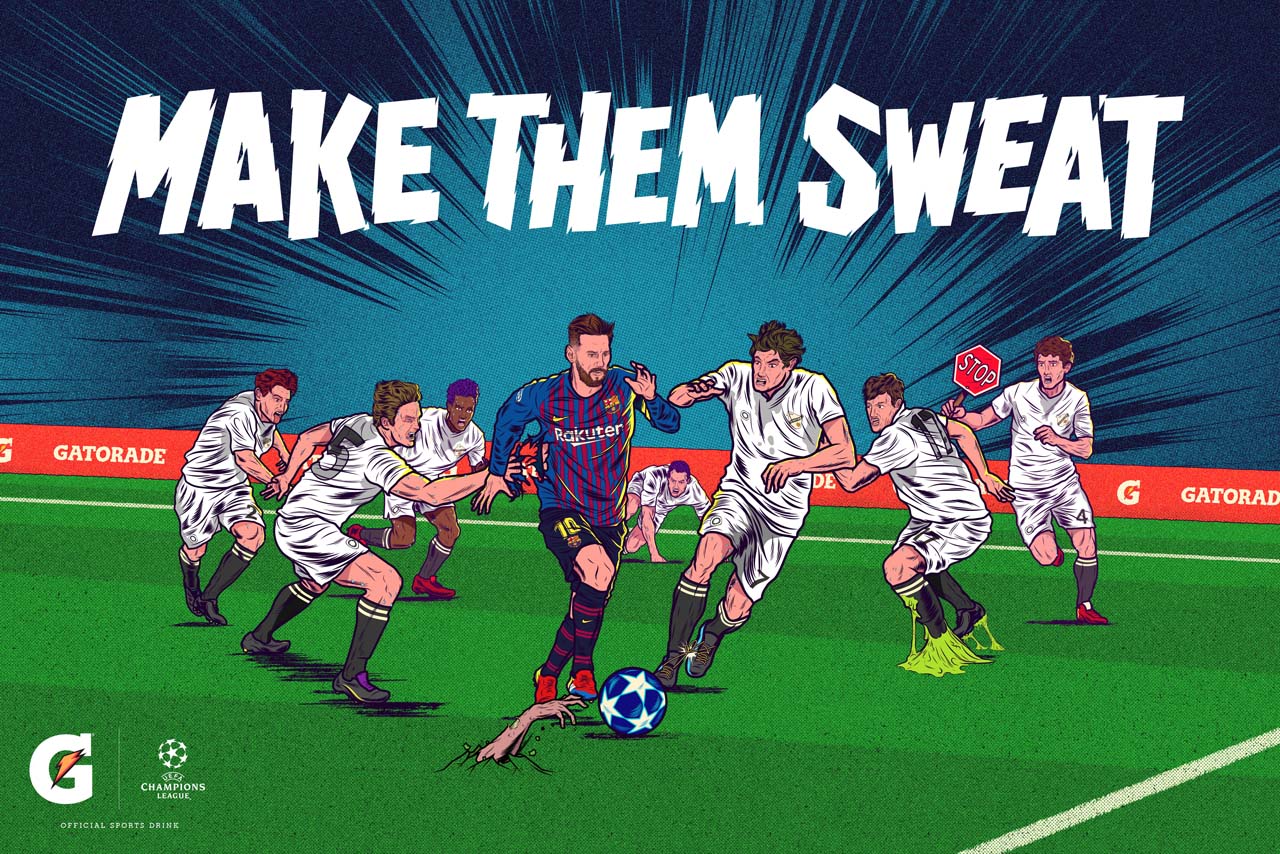 The work was created by Ariel Abramovici and Bruno Acanfora, and directed by Aaron Stoller through Biscuit Filmworks. Activity also includes illustrated visuals by Brooklyn-based Colombian artist Diego Patiño. VMLY&R is the digital agency on the campaign, while OMD handles media.

Emiliano Di Vincenzo, general manager at Gatorade, said: "This campaign brings a lighthearted tone to a common motivator of the world's best athletes: make your opponents sweat. We know no matter the sport or playing field, the best athletes are the ones putting in the work and performing at their best, while their competition chases and sweats to keep up."

Capitalising on a new era in women's football

Socially engaged and TV loyal: inside the mind of the modern football fan

Martin Glenn to step down as FA chief executive