Event looks at how activations and experiences are likely to develop during the course of this year.

A range of brands incorporated social media into their events last year. Benefit Cosmetics, Coca-Cola and Topshop opted for Twitter-powered machines devised by CreateLondon to promote their brands, where individuals who tweeted a particular hashtag and other relevant content received free kit.

Elsewhere, brands such as Simple and Lyle's Golden Syrup used social media as currency at their pop-up experiences.

The skincare brand's #KindIsSimple store requested that customers share a 'Live Kind' act on its Twitter page to receive a free sample; meanwhile, at Lyle's Selfie Service Cafe pop-up, those who posted a selfie to social media along with the relevant hashtag received a free breakfast.

Katie Penfold, managing partner at agency Because, says social media is the new norm when it comes to communication, and brands must incorporate the medium into their events.

"Social platforms form personal 'shop windows' for users, with profiles used to project the best version of ourselves. People are actively looking out for innovative and cool content to share on their profiles. Social-powered brand activations can provide exactly that," she says.

Penfold adds that people consume social media content more actively these days, and 'like us to win' campaigns simply don't cut it anymore. "Consumers see right through this and now want real benefits, which often means enhancing their personal profile in some way.

"Engagement mechanics are far easier and more intuitive than ever before. Users are more tech-savvy, and it's also now more socially permissible to share branded content in feeds," she adds.

Penfold notes that brands are also likely to utilise social media because it enables them to extend the life of their events.

"The medium is an amazing way to dramatically increase the reach of live campaigns. It should be core to any brand's engagement model, offering not only the opportunity to drive attraction but to also amplify activations," she says.

Penfold predicts social media will continue to gain momentum this year: "Both social powered and social-amplified activations will increase, but it's the latter where we'll see the biggest shift. There is massive growth still to come on the horizon as technology takes us into a whole new area of content sharing." 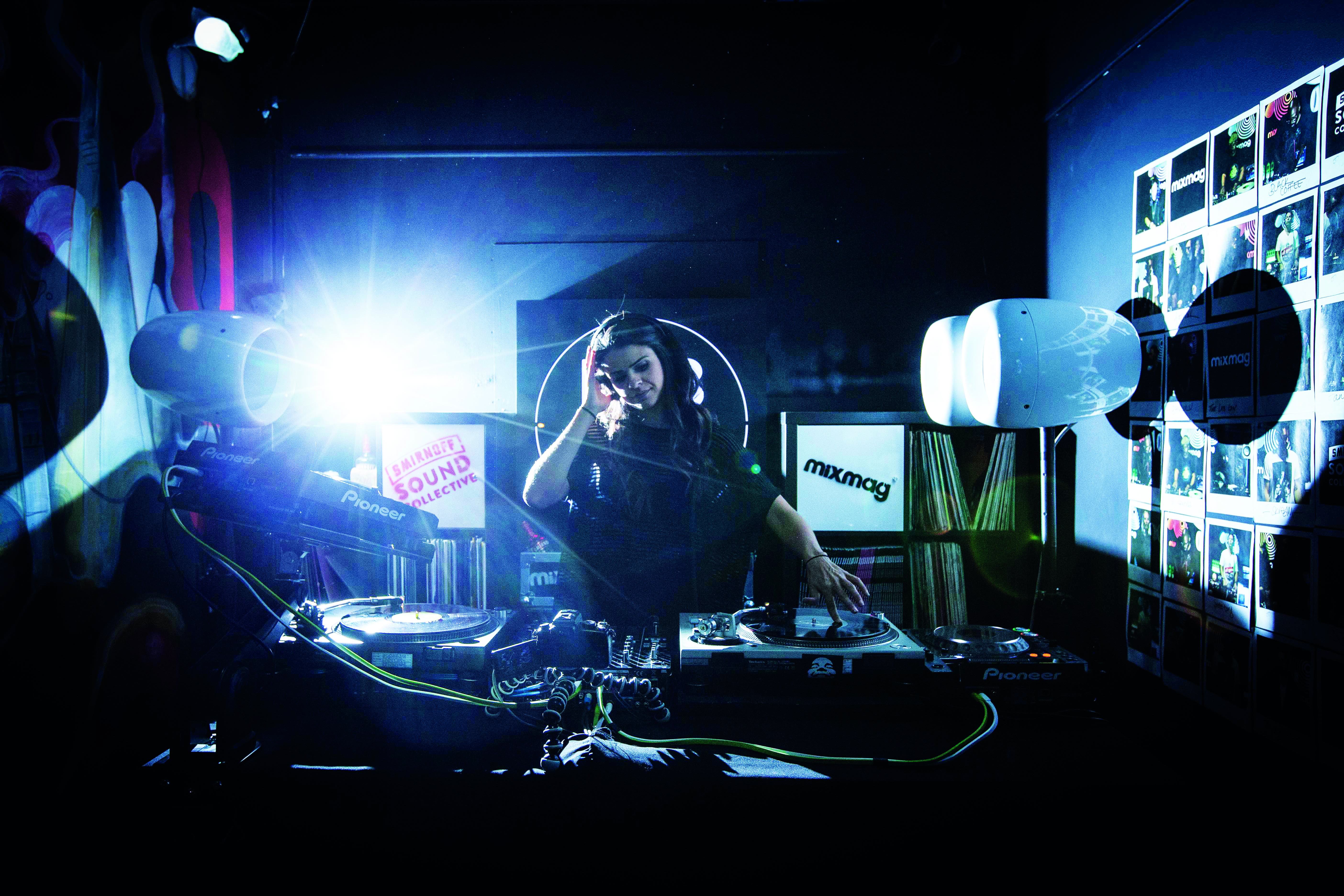 This year has seen a number of brands forgo traditional experiential campaigns to instead activate subtly with curated music performances from the coolest of artistes.

These events are not immersive experiences, nor are they all about the brand; rather, they are providing key audiences with once-in-a-lifetime memories in the hope that guests remember who put the evening together.

Converse continued its Rubber Tracks London series throughout 2015, targeting aspiring producers and DJs with exclusive panel sessions, workshops and gigs, while both Red Bull and Relentless have set up their permanent Studios and Number Five Denmark Street music venues respectively.

Kangol launched a radio station in October, and hipster favourite Ellesse celebrated the work of License 2 Trill founder Nick Bam at an exhibition-focused party on Brick Lane in the same month.

Yet 2015 has really been all about the music partnership. The big players are Boiler Room - the broadcaster/organiser of achingly hip events for G-Star, Ballantine's, GoPro, Ray-Ban and more - and dance music publication Mixmag. Penning a new seven-figure deal with Smirnoff, the latter announced it had completed its journey to become an 'international curator brand'.

"Music is the most powerful way for brands to connect with millennials," states Jerry Perkins, CEO of Mixmag. "If a brand can be seen to facilitate a fantastic experience for a music fan, that fan will think the brand understands them and likes what they like. This creates a great platform to start a wider conversation with them."

Mixmag has been partnering with brands for more than ten years. And while its partnerships of late have centred mostly on 'cool' alcohol labels, Perkins says: "The right artiste is out there for most brands. A lot of them will be uncomfortable if the brand feels wrong. It's a case of matching their values as closely as possible."

The over-65 age group

In Event's special Tribes issue last September, Richard Cope, senior trends consultant at Mintel, shared his views on the sub-groups brands should be targeting, based on the research firm's consumer trend reports.

Among the six mentioned, Cope predicted the 'kerchinging sixties' - the group that references those aged 65 or over - to be the most important brand tribe over the next 30 years.

Will Glynn-Jones, director of experience at agency The Moment, recognises the tribe's value, and points out that we shouldn't label over-65s as 'old'.

"With 60 being the new 50 (or even 40), these guys and girls are fitter, healthier, more technically savvy and wealthier than ever. You only need to consider new pension freedoms and diminishing responsibilities (the divorce rate for over-65s has doubled in a decade) to see this is a brave, restless group seeking new experiences," he says.

While it is evident that brands and marketers should be targeting the age group, it is important to consider whether there are any special considerations required in order to gain their attention.

"The over-65 audience is a tribe like any other, and the basic elements of brand experience strategy are still relevant: go where they go, disrupt and, above all, deliver utility," Glynn-Jones explains.

The group, he adds, are like most modern consumers and will actively consume whatever is put in front of them. "They're an intelligent, experienced tribe and, while open-minded, are savvy against 'the sell'.

"Developing activity that offers real value and fully engages will win out. Let's be frank, the rules for over-65s don't differ too much from those for millennials - concentrate on developing and delivering experiences that contribute and add to people's lives rather than detract from them," says Glynn-Jones.

Branded art exhibitions for the masses 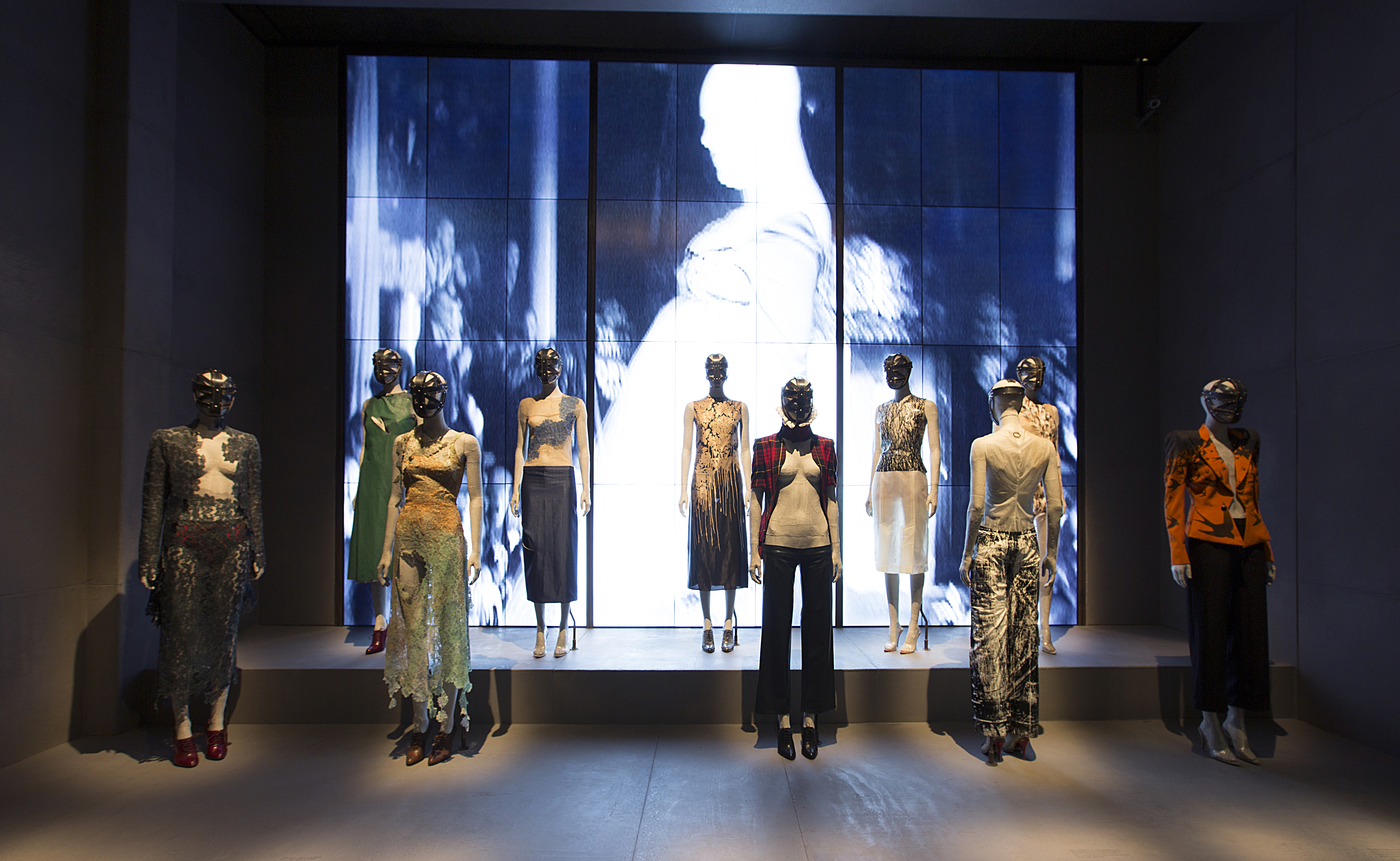 If 2015 was all about large-scale artworks, 2016 is set to be all about the immersive exhibition. The trend arguably began with the Alexander McQueen retrospective Savage Beauty. Tickets to the experience, which featured a holographic 3D image of Kate Moss and a 'cabinet of curiosities', were so in demand that the V&A opened overnight to visitors for the first time.

Rosie Courtney, venue manager at GSP, believes that part of both exhibitions' allure was the products they were showcasing - products generally way beyond most consumers' budgets. She explains: "Both took the time to educate guests about the inspirations, thought processes and hard work that goes into making the finished item. Consumers at any level can understand and appreciate things more when they have a further insight of why luxury brands cost as much as they do. This all creates an effective consumer experience and inevitably leads to loyal clientele for the long term."

But exhibitions are not just an activation mechanism for high-end fashion houses. Later in the year Mexican restaurant chain Wahaca featured politically and emotionally charged artwork at its Day of the Dead Festival, and Macmillan Cancer Support joined forces with coffee machine brand De'Longhi for a 'revolutionary' exhibition. And two brand exhibits really made the headlines in 2015 - Comedy Central's Friends Fest and HBO's Game of Thrones: The Exhibition.

"Exhibitions are a perfect opportunity for consumers to engage with the story behind the brand," says Courtney. "Even if they do not gain measurable ROI initially, they have increased the brand's worth in other ways that are not so obviously measureable. I think every sector could benefit from turning their brands into art. Art at its simplest is a form of communication, and every brand has a message."

The use of mobile activations has proved popular with brands and looks set to continue in 2016. From Cadbury and Coca-Cola's festive truck tours to Westfield's travelling winter playground, this kind of experiential activity is flexible and enables brands to connect with consumers in a variety of locations and spaces.

Another company tapping into the trend was Teapigs, whose branded bus celebrated the company's ninth birthday and marked its third 'free tea day'. The bus travelled around London with brand ambassadors handing out samples, and took tea lovers on a tour.

Nick Adams, managing director at Sense, believes mobile activations are becoming more sophisticated, and says deciding factors are shifting to customer mindset and location to ensure brands are targeting the right people in the right place at the right time. "It's about proximity to purchase, such as targeting a mobile activation so you're in the catchment area of a relevant store," he says.

"Disrupting customers during their daily routine is making mobile activations more guerrilla in nature. Increasingly, they are also adopting the highly quantifiable and sophisticated approach used by media agencies. The use of audience data and metrics is growing, and I can see a time when mobile activations will be planned by top agencies just like media campaigns. This will bring measurement and more certainty for brands."

Adams says "cross-channel portability" is becoming key for mobile activations, to take them beyond the live experience into the digital world to increase reach. "This, however, demands careful planning to ensure a campaign is engaging to a digital audience and delivers the right messages live and online," he says.

Window on the World: Global trends you need to know about (part one)