At the start of a new year our minds are focused on all that is 'new'. But what about all that is 'old' and ageing - might we value that more, or less, in the future, asks Tracey Follows. 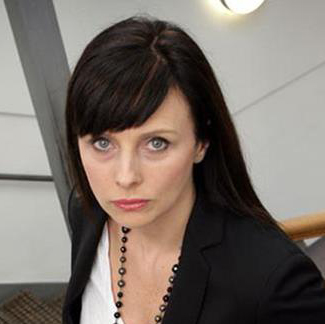 One of the problems with defining whether someone is old, of course, is that age is a socially constructed concept. I might be sure of someone’s gender or race, but who am I to categorise another person as ‘young’ or ‘old’?

Research from Age Concern has shown that the estimated age at which people are perceived to get ‘old’ increases in line with the perceiver’s age. And data from research papers and evidence collated by the Government Office for Science points to national differences, too: in the UK, a person is likely to be regarded as old when they reach 59, whereas in Greece, for example, old age is seen as starting at 68.

That same government report highlights the intergenerational conflict that now exists. It makes the point that we tend to use rather derogatory language when we refer to older people in situations where we feel that they are not stepping aside to make way for younger people, or using up resources we value. For example, ‘bed-blockers’ and ‘job-blockers’ are two such terms that we see being used daily in the media and elsewhere.

One of the questions this raises is what role technology will play. Will it close the gap between generations, or create deep divisions? Will we have younger consumers who are adept at communicating and informing themselves about the world around them, while older generations are left mystified by the pace of change and their lack of technical knowhow?

As more jobs require constantly evolving tech skills, will older age groups be able to keep up? Increasing automation, leading to increased unemployment, may lead to additional discrimination against an older generation, too.

But if people cannot find work, or cannot physically work, who will look after them? This is the economic and societal timebomb that awaits us all. The Office for Budget Responsibility has forecast that by 2065, 26% of the population of England and Wales will be more than 65 years old, up from 18% today, increasing the cost of pensions, health and social care.

Meanwhile, plenty of tech projects are investigating how to stem the ageing process, or augment and improve the human mind as well as the human body in the hope of keeping old age at bay. Perhaps most-talked-about is Google’s Calico, which has been described variously as an anti-ageing or life-extension company.

Right now it seems unclear whether these kinds of experiments will lead to us embracing the idea of ageing or developing a set of weapons to fight it off as our vanity declares war on our experience. The sad conclusion is that, while we are happy to celebrate vintage things, we overlook and ignore vintage people. And the challenge is there for brands and their marketing departments to start to see the world through the eyes of ageing consumers.

So myopic are we about millennials that we have forgotten that we are all, always, growing up – not just those who are leaving school.

It is time to challenge marketers to change their language and perceptions of ageing consumers. We need to stop referring to them as ‘grey consumers’, and start referring to them as ‘experienced consumers’ – after all, they’ve been making choices about purchasing products and brands for a lot longer than any millennial, and they know a thing or two about who to trust.

The future of... voice

Shoppers love click and collect more than any other retail tech

The future of average: why millennials and Gen Z are striving for the unique