The campaign depicts the Black American flag flying at half-staff.

The Fourth of July doesn’t mark Independence Day for everyone.

The 90-second spot depicts the Black American flag flying at half-staff to illustrate the suffering Black Americzans have endured since slavery. The flag, embroidered in black, red and green, includes a declaration of truth and freedom.

The spot begins with the Fredrick Douglass quote “This Fourth of July is yours, not mine. You may rejoice, I must mourn.”

“We use a Fredrick Douglass quote that was written in 1852, [but the] thing is, many Black folks feel the same way in 2021, 169 years later,” he said in an email. “Though things have gotten better since his statement, things haven’t changed as much as we think. This year, there have been a variety of laws put in place to protect the lives of different minority groups in this country, but bills meant to protect Black lives haven’t been passed.”

He added that the campaign is a call to action “for people to contact their local senator to demand the Emmett Till Anti-Lynching Act be passed and made a law.”

The campaign also includes an AR Instagram lens through which users can place a digital version of the Black American flag at half staff in any location, said Rony Castor, creative director at Goodby Silverstein & Partners, in an email.

“Racial unrest in this country has been widely covered over the past year, so much so that it feels new to some,” he said. “But we wanted to make it clear that the system of oppression wasn’t built last year.” 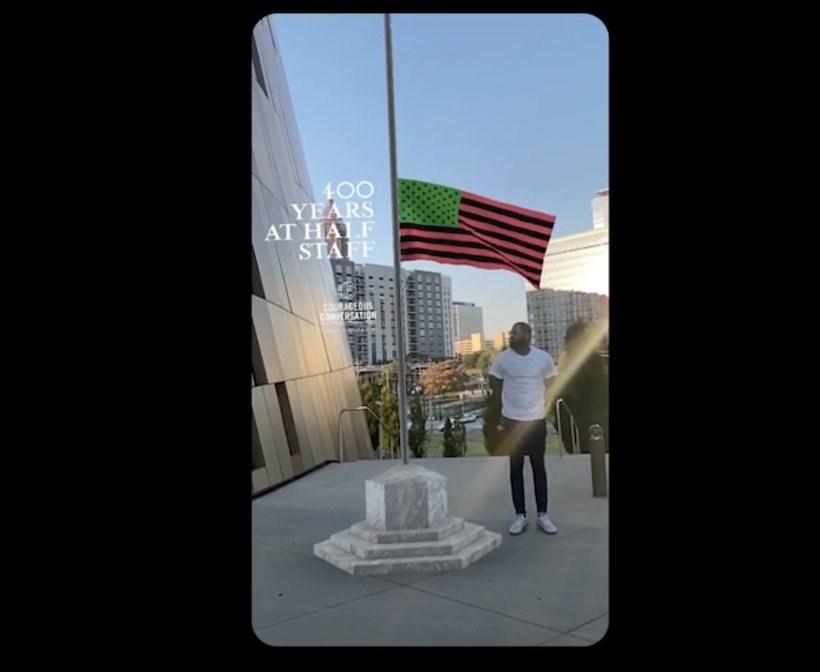