With a number of running events on the horizon, Event looks at a handful of the most effective partnerships over the last 12 months, including The Colour Run and Tough Mudder.

Dulux at The Colour Run

At the beginning of the race the Dulux dog was on hand for people to take photos with, and the Dulux Colour Dome, complete with a photobooth, was positioned at the finish line. Participants could take photos of themsleves using the photobooth, which produced a physical copy of the images, as well as sent it to them via email and Twitter. 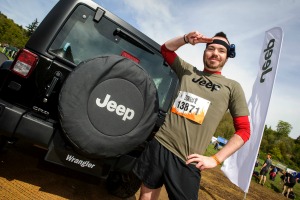 As part of a two-year sponsorship deal with Tough Mudder, car manufacturer Jeep opted to include branded hospitality tents at seven events throughout 2014. The tents featured a VIP area and chillout lounge and there was even a photobooth for participants to use, where they could capture their memories of the day once they completed the course.

At last year’s London Marathon energy and sports drink brand, Lucozade worked with TRO to deliver its Lucozade Sport Carbo Gel stations concept. At miles 14 and 21.5 representatives were on hand to help runners refuel, providing them with the brand’s orange-flavoured Sport Elite Carb System Gels, which contain 30 grams of carbohydrate.

Lucozade also worked with TRO on its stand at the marathon’s expo, which takes place in the lead-up to the marathon each year. The stand was complete with sports scientists offering out advice, music and more. 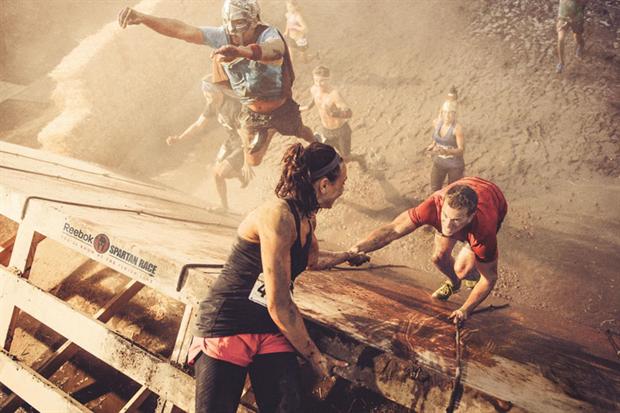 Reebok at The Spartan Race

The activation, which was the work of M&C Saatchi Sport & Entertainment, sought to offer people a trial run of the concept. Complete with cargo nets, sandbags and a Spartan wall, the activation resembled that of a typical Spartan Race obstacle course, albeit on a smaller scale.

A team of Reebok fitness expects were on hand during the event to offer demonstrations as well as advice around techniques for trackling the course and training for the event.

The Color Run partners with Capital as Dulux quits event

In pictures: Lucozade Energy zorbs into UK festivals with TRO