Following the opening of the Rolling Stones exhibition, we take a look at the UK's top venues serving up food, drink and - most importantly - music.

A list about music-themed restaurants wouldn’t be complete without a mention of the Hard Rock Cafe. Open since 1971, the venue houses over 200 pieces of rock memorabilia, including Eric Clapton’s guitar and an outfit worn by Elvis. Its Tennessee-inspired menu features burgers, wings and ribs, and on Sundays it serves a bottomless ‘Rock N Roll’ brunch with live music. 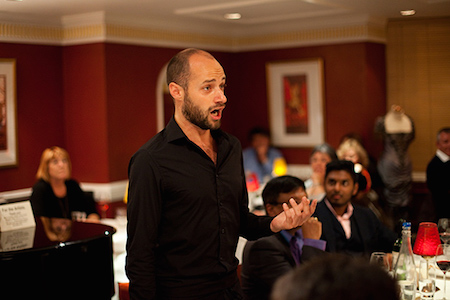 Waiting staff at London's opera restaurant don't just serve, they sing. Diners here are treated to performances of Mozart and Puccini every 15 minutes while they tuck into the restaurant's selection of French dishes. Bel Canto's 60-strong troupe of professionally-trained singers and pianists also tour the UK for corporate events and weddings.

This newly-refurbished cafe is part of Liverpool's official Beatles attraction. Under brick arches evoking the city's famous Cavern Club venue (where The Beatles performed regularly) fans can head back to the swinging 60s. The cafe's walls are decorated with lyrics and cartoon-style portraits of the band and there's free wi-fi, coffee and small bites, including sandwiches and cakes. 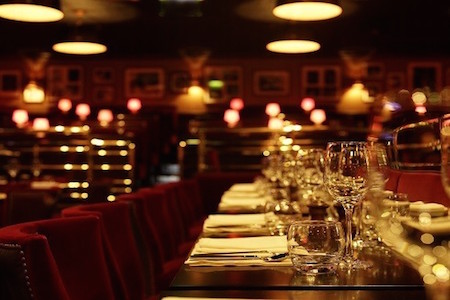 Founded by saxophonist Ronnie Scott, this joint has hosted jazz’s brightest stars, old and new. Inside its speakeasy-style interior, night owls can enjoy original cocktails created by its staff and a variety of food, from small plates to mains from the grill. Like the Hard Rock Cafe, Ronnie Scott's offers a family-friendly Sunday Jazz Lunch, complete with live music.

Bradford's hidden gem, which opened in 2014, unites beer and music under one roof. Downstairs, staff serve a range of craft beer varieties – including 50 different bottles and four cask beers – alongside charcuterie. Upstairs, those who venture onto its mezzanine will find a collection of vinyl available to buy. Unlike many record stores, it has an emphasis on new releases and reissues.

Six of the best brand activations at London Beer Week