Consumers are selling invites to it on Ebay and commentators are labelling it the 'anti-Facebook'. So before the deluge of stories on why the network is doomed to failure what can brands learn from the rise of Ello, the social network with a social mission?

1. Have a mission bigger than your bottom line

Much of the excitement surrounding Ello can be attributed to the fact that the brand has launched not with a big-budget marketing campaign, but with a manifesto which promises an advertising-free model.

The site declares: 'Your social network is owned by advertisers. Every post you share, every friend you make and every link you follow is tracked, recorded and converted into data. Advertisers buy your data so they can show you more ads.

You are the product that is being bought and sold.'But, as with any lofty mission statement, comes a bigger responsibility to hold true to these values. It is notable that Ello, even in the midst of the hype of its Beta testing, is already in the midst of a public flogging.

The American technologist and blogger Andy Baio, took to Ello to criticise the network for its 'unsustainable funding model'. He declared that by tacking cash from VCs it will 'inevitably be pushed towards profitability and an exit, even if it compromises their current values'.

Ello's lofty mission statement also underlines consumers' growing concerns over privacy. While in the social media age the very concept of privacy has shifted irrevocably, brands must beware of believing that consumers' are happy for social networks to cash-in on their data.

As consumers become increasingly savvy about the value of their data, they will increasingly demand not only a voice, but a reward for allowing this value exchange to continue. 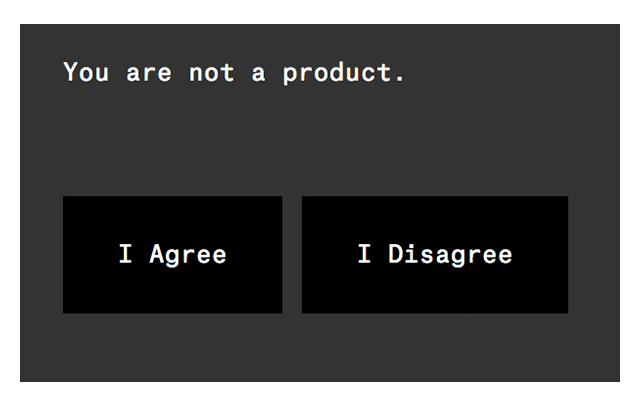 In many ways the hype surrounding Ello says more about the industry's growing Facebook Fatigue than it does about the likelihood of long-term success of the fledgling platform. The industry appears almost desperate the challenge the Status Quo.

Make no mistake as Facebook enters its awkward middle age consumers' are questioning their relationship with the social networking giant.

While Ello is only in Beta, so desperate is the industry for a legitimate alternative to the social networking behemoth that tech writers have already dived in to ask 'Is Ello the hip new Facebook?' (The underlying assumption being that Facebook is not in any way hip).

With its heavy-handed algorithms, reliance on a traditional advertising model and poor quality creative, Facebook is facing up to a serious marketing problem that brands need to beware of. While the network is working to address these challenges, Facebook can still feel like a dumping ground for poor-quality advertisers.

Anonymity has long been the lynchpin of creative expression on the web, presenting a difficult conundrum for marketers. While the rhetoric of Big Data has promised marketers, empowered by social channels, an unprecedented volume of information, in reality many consumers still expect, and increasingly demand the right to anonymity online.

Commentators have been quick to attribute Ello's success to Facebook's 'real name policy', which requires users to use their legal name on the network. While Facebook has stood by its decision the backlash suggests the anonymity issue will continue to be an issue for marketers in the months ahead.

It is such a simple marketing strategy; and one that is almost essential for testing out the functionality and the inevitable flaws in a social network in Beta; invitation only.

Limiting availability has long been a cornerstone of marketing in the luxury goods sector but it is a strategy which is just as salient for other categories.Ello succeeds where Facebook fails; in making their users feel chosen and therefore 'special' rather than part of an amorphous mass to be marketed at, rather than listened to.

Disrupting the disruptors: five disruptors of yore and their upstart rivals

Whatever your technology nirvana, let it be more than 140 characters sent on a phone

Uber's use of social media and its effect on consumer sentiment