Event takes a look at five eateries that have featured as locations in the movies.

This pub has featured in a raft of well-known movies from Simon Pegg’s Hot Fuzz and The Boys are Back to The Theory of Everything. The venue promotes itself as the oldest freehouse in England. The pub dates back to Saxon times and is famous for its hearty dishes as well as its Sunday roast.

This is where Bridget Jones and friends hang out when discussing her unsuccessful love life. It is widely reputed to have one of the best views in London. The Kitchen and Bar provides a casual dining experience with a menu consisting of bar snacks and small plates and well-known English and international classic dishes such as fish & chips and spaghetti bolognese. All of this is supported by a range of British beers. 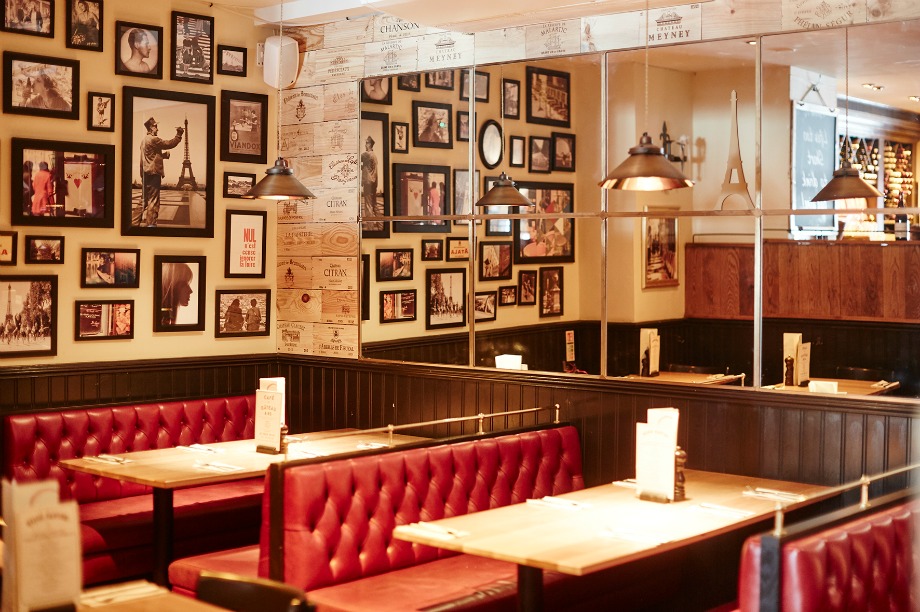 This French restaurant was used in another movie starring Hugh Grant. The restaurant in the 1994 film, Four Weddings And A Funeral, is where Carrie (Andie McDowell) shocks Charles (Grant) by admitting her long list of sexual conquests. The restaurant chain is famous for core classics including Steak Frites, Poulet Breton and Moules.

This Michelin star restaurant, set up by Hong Kong restaurateur Alan Yau, is featured in About A Boy starring Hugh Grant.  The restaurant offers fine-dining Cantonese cuisine including signature dishes such as Peking Duck with caviar and grilled Wagyu beef with king soy sauce. It also offers an extensive dim sum and dessert menu and award winning wine.

So, What comes next? (formerly The Crosslands, Glasgow)

This pub was featured in classic movie Trainspotting. It is where the iconic scene where Francis Begbie, played by Robert Carlyle, launched a pint glass from the balcony. The venue underwent a refurbishment in 2015 and as rebranded to So, What comes next? offering American cuisine including a range of pizzas.

Five restaurant openings to look out for this summer

Five music-themed eateries to rock your socks off