With the press full of stories about the Queen's 90 years on the planet, a number of brands have decided to mark her birthday celebrations in a more imaginative way.

Zizzi turned pizza into art with its Ma’amgharita creation. In honour of the Queen’s 90th Birthday, this bespoke piece of food art features Her Majesty illustrated with fresh Italian ingredients in an iconic pose against the backdrop of the Union Jack. Her face is constructed of sweet corn, grated parmesan and yellow pepper with tomato sauce to highlight the details, while the Union Jack is comprised of red pepper, black olives and mozzarella. 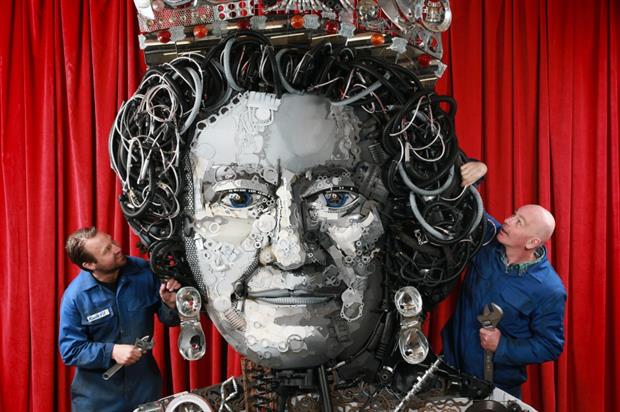 Kwik Fit constructed the ‘Queen of Parts’ portrait in honour of the lady herself. The 3.5m x 2.5m structure is fashioned from over 800 car and truck parts and weighs 115kg. Artist David Parfitt, who led the project, was joined by Kwik Fit technicians Stuart Packham, Dan Read and Pete Hunt. It took them more than 280 man hours to complete the sculpture, which is currently embarking on a tour of Kwik Fit centres around the UK.

Two Cadbury World workers have spent four days constructing an elaborate chocolate replica of Buckingham Palace. Complete with ornate gates and chocolate Queen’s guards, the construction weighs almost 60kg and stands at 70cm tall. The masterpiece will be displayed at Cadbury World, Birmingham for the duration of the Queen’s birthday celebrations. It follows on from previous regal creations by Cadbury, including chocolate toys for Prince George’s birth and a 12kg chocolate pram for the arrival of Princess Charlotte. 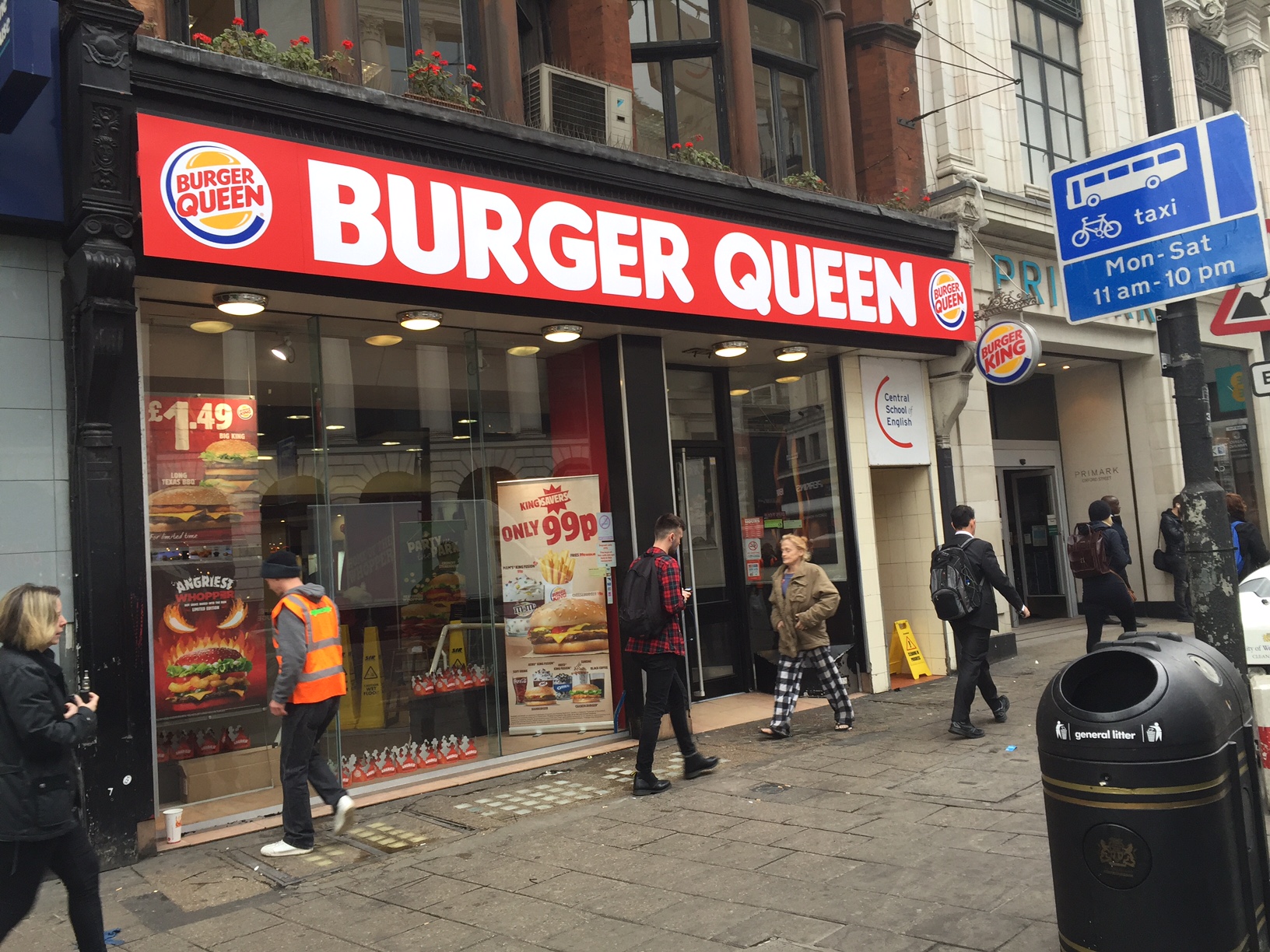 Visitors to Burger King on Tottenham Court Road in London were greeted with some interesting new signage this morning (21 April). Rebranded as Burger Queen for the day, the stunt was devised by PsLive, alongside Isobar and Vizeum. The idea was only floated the day before, meaning the teams had just 12 hours to get the branding in place. PsLive said the idea behind the stunt was to get people talking about Burger King, while giving a nod to Her Majesty's 'whopper' of a big day.

Twinnings has concocted a unique blend of tea in an intricately illustrated, limited edition collector’s tin to commemorate the big day. The product comprises black teas from three Commonwealth countries: India, Kenya and Sri Lanka. The tin has been designed with the Queen’s interests in mind, with symbols representing her love of horses, variety of hats and royal duties.

Seven brands that have us questioning whether their activity is genuine... or an April Fool

Blog: The most creative PR stunts in recent years