We ask one Thinkbox Academy member to cast her eyes over the best TV creative from the last two months. Stand out spots from Amazon, Dolmio, John Lewis/Waitrose, Three and the Department of Education make up the latest Thinkboxes award shortlist, selected by the marketing body for UK commercial TV. 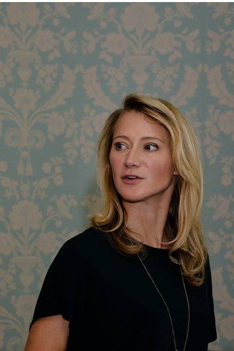 There’s a bit of a theme running through my three favourite ads of putting up a fight.

When I was at school we watched the 1964 film, Zulu, which depicts the 1879 Battle of Rorke's Drift. In a nutshell, 150 British soldiers, many of whom were half dead, somehow hold off a force of 4,000 Zulu warriors. The recent Dolmio ad, Battle of Dinnertime, draws a playful parallel to this kind of epic battle. I can’t imagine there’s a parent or child in the land that doesn’t connect with this ad. Thank god the clichéd Italian puppets were the ones that got killed.

Talking of God, a clever text typo at the end of the next film briefly tells you that phones are God (did Clearcast miss that?) which corrects to ‘phones are GOOD’. Not God. Although, phones have become a cult religion, which is the whole point. We’ve all heard how evil phones are and with this ad Three bravely put up the pro-phone fight. The long 2.20 version is a thing of wonder.

Next, in the latest work for Amazon Prime we see a downtrodden woman putting up a fight and asserting herself more in everyday life, mimicking the badass warrior queen she’s seen in the show Vikings. Because "Great shows stay with you".

All act as a reminder that good ideas are worth fighting for.

A much-put-upon fan of the Vikings series on Amazon starts off in timid fashion – she’s pushed aside in coffee shop queues and is treated as a dumping ground for mountains of paperwork in the office. But we watch her becoming increasingly assertive as she watches more and more of the box set – and begins emulating the show’s warrior queen. By the time she gets to the finale, she’s intimidating male colleagues in the canteen, proving that "Great shows stay with you."

2.The Department for Education "Every Lesson Shapes a Life"

The brief here was to ensure that teaching as a career remains attractive and at the forefront of people’s minds, at a time when workplace competition for graduates has intensified. The agency responded with a deftly-edited montage following a girl, Abi, from her first day at school right through to her final exams. Featuring real teachers, it not only shows the ups and downs of school life, it underscores the definitive – and fulfilling – role that teachers play in shaping young people’s lives."

Dinnertime can be a bit of a battleground, a notion that Dolmio explores to the full in a spot featuring the massed ranks of parents and their offspring facing each other as armies in the field. It all threatens to get rather ugly (or silly for that matter). But hostilities end when the green Dolmio flag is raised – and adults and children are more than happy to sit down together, end the drama, and tuck into big bowls of Dolmio spag bol.

Just your average school concert, with everyone pulling out all the stops to mount an epic stage production of Queen’s Bohemian Rhapsody video. Every last effect comes off, leaving the audience open-mouthed with astonishment – but then, as the endline has it, "When you’re part of it, you put your heart into it." The spot, which brought the John Lewis and Waitrose brands together for the first time, shows the extraordinary results you can achieve if you’re prepared to go the extra mile.

Over the past few months, there’s been a drip-feed of media stories about people becoming addicted to their mobiles. So Three decided to explore the notion that a tech-free life might be better, presented here in a quickfire series of comedy sketches. In every instance, smart phone users manage to save the day. Verdict? Case dismissed. And anyway, how else could you buy new shoes while sitting on the toilet? (Three, it adds, by the way, is the best network for data.)