Summer festivals are a hotspot for creative brand activations. Here, Event takes a look at the work of Strongbow, H&M and EE at festivals including Glastonbury, Parklife, Isle of Wight and Coachella.

Strongbow at Parklife and Isle of Wight festivals, 2015

Heineken brand Strongbow worked with agency Whynot to create a 12-metre high tree activation for both the Parklife (6-7) and Isle of Wight (11-14 June) music festivals.

The tree featured an apple-shaped DJ booth that hosted top music talent, a seating area, bar and photo booth, and there was sampling of the brand’s new product, Strongbow Cloudy Apple.

Overseas, fashion retailer H&M went all out for renowned US festival Coachella in April, creating a one-off line, H&M Loves Coachella for the occasion. The festival housed a pop-up shop which stocked the line, as well as pieces from H&M’s other collections. 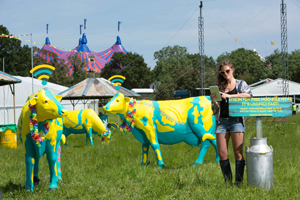 Gaining adequate internet coverage can be a struggle at festivals, which led EE to devise a solution for festival-goers at Glastonbury last year. The telecoms brand activated its ‘moobile’ 4G wi-fi hotspots, which took the form of life-sized cow statues in EE’s signature green and yellow brand colours.

The company came up with a similar activation this year – its charging bull acted as a double-speed wi-fi hotspot as well as a charging station. 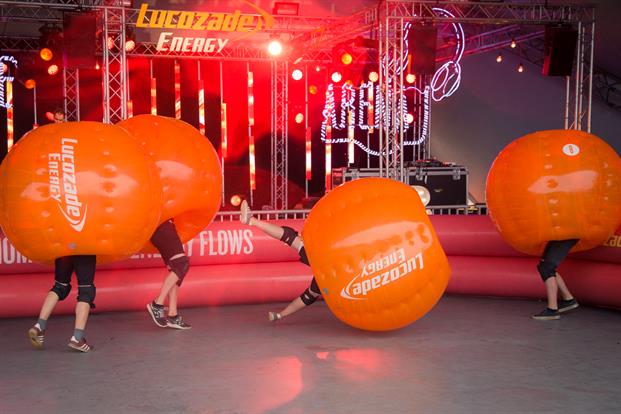 Lucozade Energy worked with agency TRO to bring its activation to T in the Park, Global Gathering and V Festival last year. The brand’s Lucozade Energy arena featured DJs and a body zorbing area by day, and it was transformed into a silent disco complete with smoke and bubble machines at night.

Brand ambassadors visited the festival campsites in the morning to hand out bottles of free Lucozade, which were also available from the arena area's Refuel Bar.

Cineworld offered attendees a unique experience at V Festival two years ago, transforming its touring pop-up cinema into a festival film zone. Situated within the VIP hospitality area, the cinema was complete with bean-bags, blankets, snacks and beverages.

A mixture of different films were played at a preview event and over the course of the festival weekend, such as Lovelace featuring American actress Amanda Seyfried.

More: Five of the best brand activations at Wimbledon

Weekender: Ogres, brands at Wireless and a real-life Breakfast at Tiffany's

Havana Club, Ketel One and Meantime at Taste of London