Genie has two creative careers. One is in advertising, climbing the ranks at agencies and leading work for big brands. The other is on stage, performing for an audience as a drag queen.

When Vice came across Amit Gurnani's profile  - who now goes by their stage name "Genie" day and night – the media company was intrigued by the creative’s passion outside of work. At the time, Genie was on the TV show Drag Race Thailand, the official Thai spin-off of RuPaul's Drag Race.

Genie told Campaign US that Vice liked their experience as a creative, having worked at the likes of Leo Burnett Hong Kong, and their drag queen lifestyle. Vice, Genie said, is focused on putting culturally relevant work out into the world, which is why the company tapped them as head of creative APAC.

Genie, who is based in Singapore, is leading a team of creatives across Melbourne, Sydney, Seoul, Jakarta, Mumbai and more.

Campaign US caught up with Genie about their new role and their experience as a drag queen.

Check out the interview below.

Tell me about how you landed your new gig.

My experience in Asia was part of it. My life as a drag queen and nightlife personality was also part of it.

Being a drag artist, I live at this intersection of music, pop, fashion, style, entertainment, politics, identity and more. These are the things culture is made of, and Vice is all about culture.

What was your creative role before being cast on Drag Race Thailand?

I was a creative director. I’d worked my way up at shops in the U.S., Hong Kong, and Singapore.

During those years, a lot of my time was spent running quickly and crashing into walls. I learned those irritating truisms. Clients get the work they deserve. Agencies are the way they are for a reason. Et cetera, et cetera.

That period in my creative life left me hungry; starving for a chance to break out of the standard agency rut and routine. That’s probably why I took three months off to go be on a reality TV show.

Did Drag Race Thailand help you creatively? How will you use what you learned in your new post at Vice?

Being on Drag Race Thailand reminded me of what really matters in the creative work we do: the people who are watching. An audience is what makes a performer a performer. 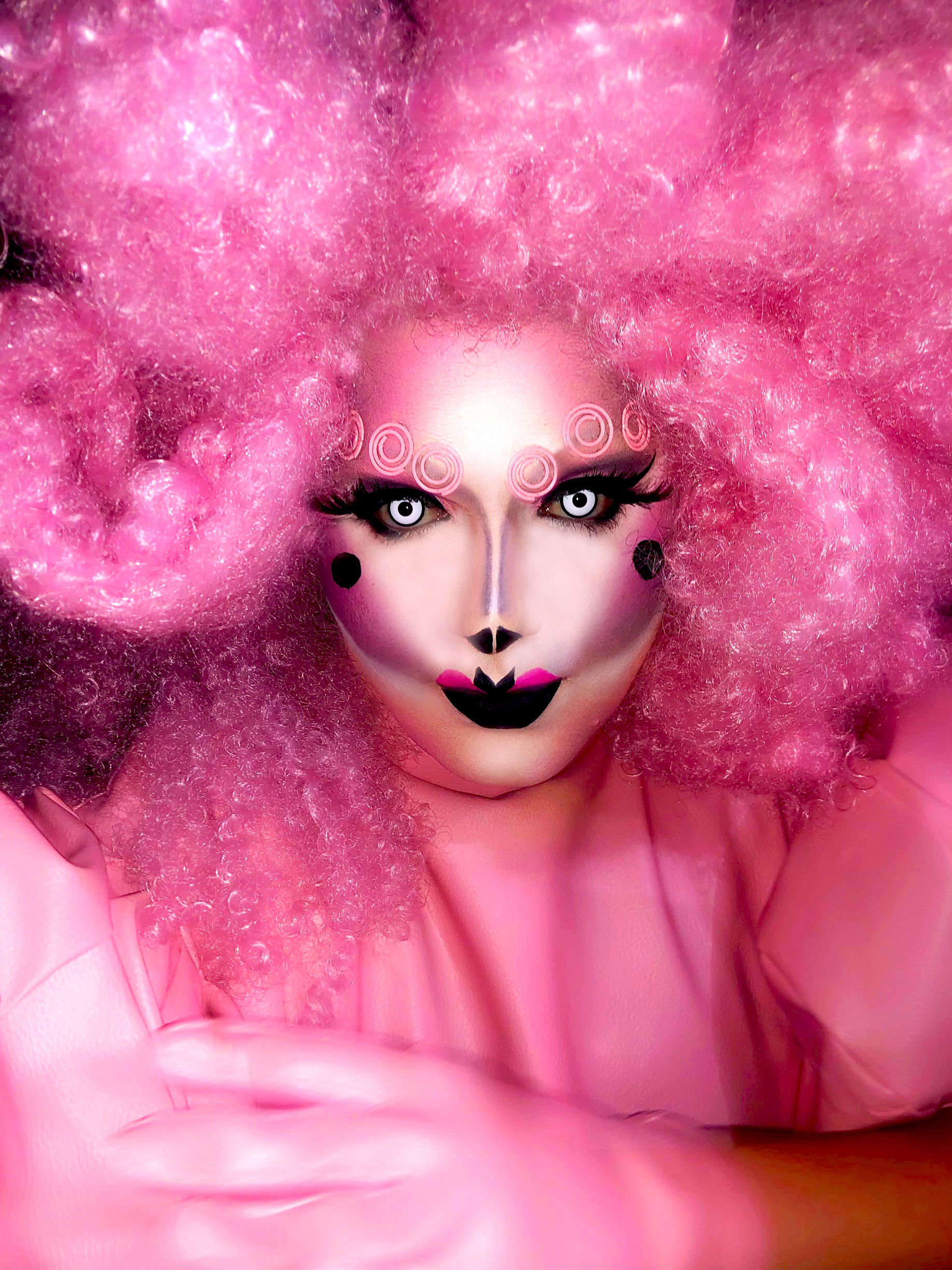 Every single time I walked down that runway, I had sixty seconds to tell a story. I was showing my concepts and ideas to a panel of tastemakers, celebrities, artists, designers, photographers, comedians, actors, singers, not to mention millions of weekly viewers across Thailand, Asia, and the world. They watched, they judged, they reacted.

Creativity doesn’t exist in a vacuum. Someone makes it, but someone else experiences it.

A lot of brands forget that. But as a performer it’s just a reality I live every time I step onto a stage or in front of cameras. There’s an audience, seeing our work in person or through a screen, taking in what we’re doing, saying, conveying. Do they get it or not? Do they love it or hate it? Will they remember this tomorrow or forget it immediately?

That’s my life, and that’s what I’m bringing to Vice.

What’s it like to have a day and night career at the same time?

A lot of people who work in creative industries talk about having an ‘outlet.’ They describe it as a sort of consolation prize when their day job isn’t particularly gratifying. I disagree with that characterization.

I think creatives need an ‘outlet’ because every single one of us has the soul of a superstar diva. We may be sitting in front of a laptop or behind a camera, but how do we imagine success in our heads? There’s not that much of a difference between seeing your name in credits and seeing your name in lights.

My night career feeds my addiction to attention, applause, and adoration. My day career is a never-ending quest for an ever bigger hit.

As a person of color and a member of the LGBT community, what's your goal in this leadership position at Vice?

Oh, I for sure have a point of view and a mission in mind.

Vice and Virtue have always done a brilliant job of reflecting the culture of the moment. As a POC and member of the LGBT community, I feel it’s my responsibility to take that one step further and find more ways to challenge and change culture too. I think we have the right to be that brand. I think we can be the ones to give social issues that critical push from underground to groundswell.

That’s for Vice, but we can do that as Virtue as well, helping our clients make those moves. Brands have such a huge reach. Imagine what we could accomplish if they’re willing to have the huge conversations too.

What's your advice for young people - particularly members of the LGBT community - who are entering the advertising and marketing field today?

You may never fit in.

So many of the people who run this industry like to hire clones of themselves. Same haircut, same sense of humor, same favorite beer, same socioeconomic background, same upbringing. They’ll call it ‘culture fit’ or say they’re looking for someone with the ‘right vibe.’ But at the end of the day, it’s just a way for them to stay comfortable and happy in their little bubble of homogeneity.

Try and accept that early on. And then use what makes you special as your armor. Weaponize your differentness. Be yourself, not whatever version of ’normal’ they want you to be.

You may never fit in. But fitting in is for basic bitches anyway.

Which brands celebrate the LGBTQ+ beyond June, if any?