First Choice is distinguishing itself from parent brand TUI by repositioning as a low-cost holiday provider with a flamboyant TV spot featuring flying sumo wrestlers, a merman and Cleopatra feeding prawns to a ventriloquist’s dummy.

TUI said that the spot, which debuts the "Ridiculously good value" platform, marks First Choice’s shift away from all-inclusive deals that cover all costs (such as meals and drinks) towards self-catering package holidays.

Toby Horry, TUI UK’s brand and content director, told Campaign that the new brand platform is designed to be "quite disruptive for the category, which tends to go for slightly more aspirational". He continued: "But this is also part of our strategy to pull the TUI and First Choice brands apart from one another."

The film opens with a man reclining on a sunbed alongside his wife. He says: "To think it was just £299 each for our First Choice holiday." So far, so conventional.

This is followed by a series of visuals: a boy blows a blast of sound from a conch; a man plays a watermelon drum kit; a woman dressed as Cleopatra feeds prawns to a ventriloquist’s dummy version of herself; a merman is shot out of a cannon; and a sumo wrestler has a pillow fight while suspended from a helium balloon.

It is set to the falsetto chimes of the aptly silly The Lions Sleeps Tonight by Tight Fit. 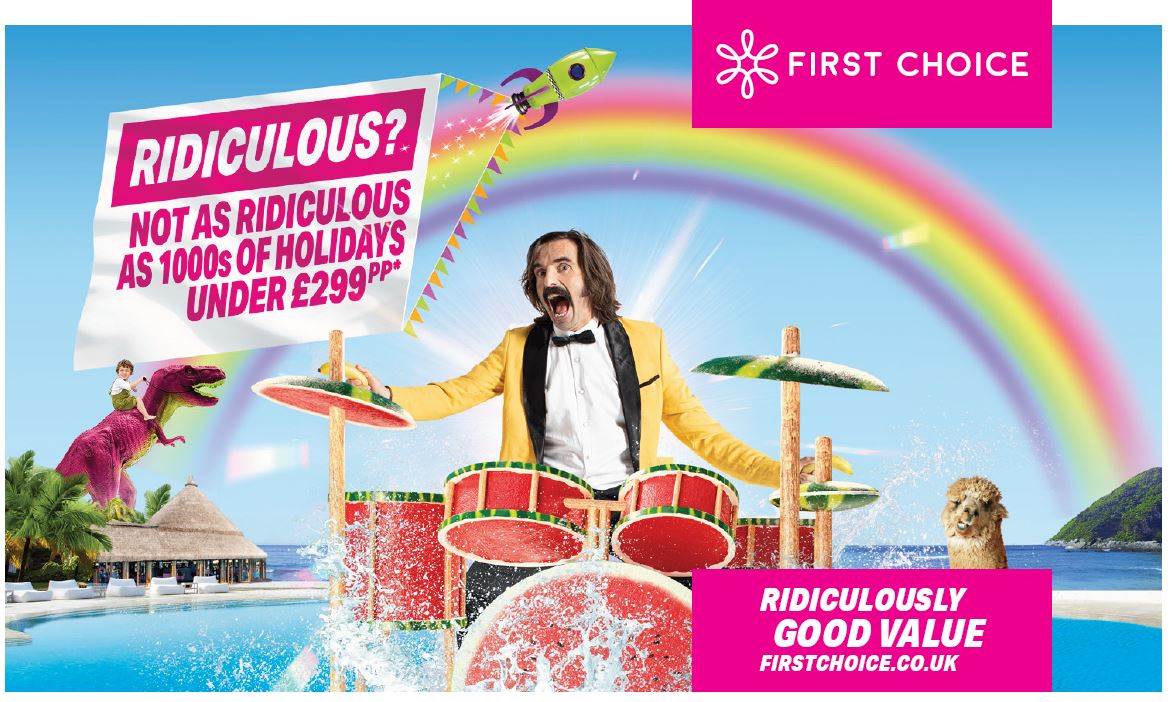 The spot, which will come in 30- and 20-second versions, is part of a multimillion-pound campaign also spanning video-on-demand, print (see above), radio, digital and social media activity, with an emphasis on the latter.

The work was created by Sophie Taylor and George Robb, and directed by Djawid Hakimyar through Partizan. MediaCom is the media agency. 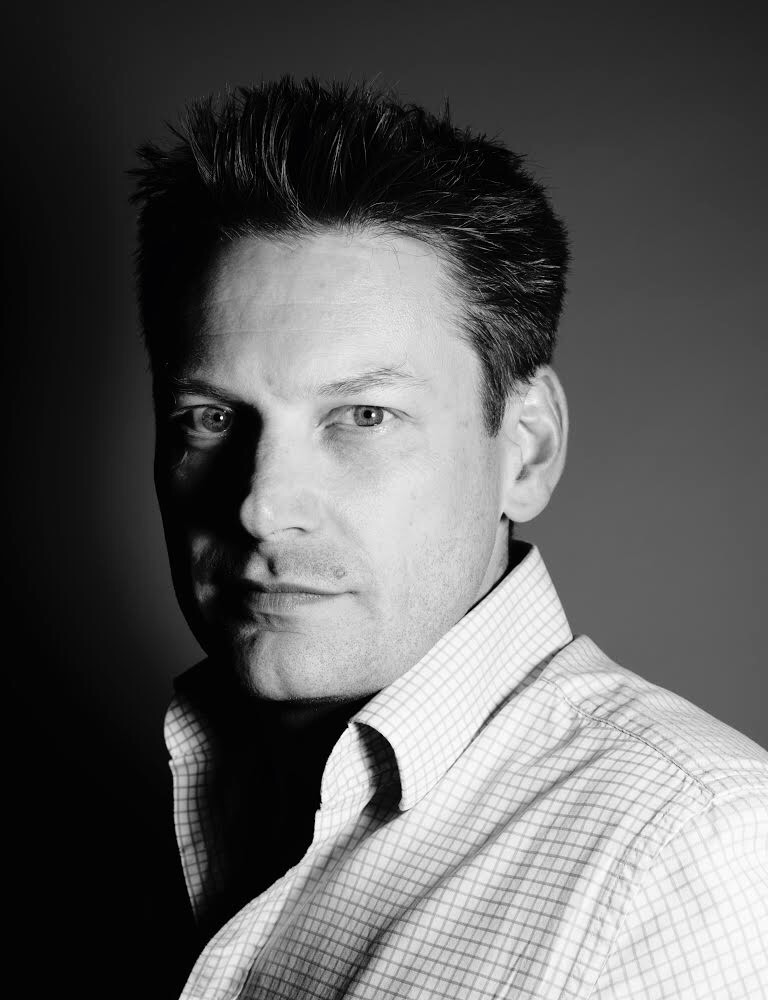 "Not only is 'Ridiculously good value' a clear positioning of TUI versus First Choice, I think the advertising works in a very different way – it appeals to different audiences," Horry said.

Historically, there had been some crossover between First Choice and its parent. "We had got to the point where, firstly, we were selling more all-inclusive deals on TUI than we were on First Choice, and secondly, the world was moving on and customers were demanding more flexibility. Rather than it being a competitive point of difference, it actually became more of a limiting factor in the market."

The business therefore asked itself why "have two brands in the first place" and surmised: "If you’re going to have two brands, let’s be really clear why we do and what we’re using them for."

Beneath the new platform is a shift in the way TUI has structured its business.

"This is not just the advertising," Horry said. "We’re making a lot of changes to the way the website works and even some of the product selections. This isn’t just a veneer; we are actually trying to pull not just the brands apart but the functionality of some of the stuff that sits underneath.

"The most important thing we’re trying to achieve is to make sure we have brands in the market that can appeal to those two types of customers – the price-led and quality-led. If you try and compete at both ends of the spectrum with one brand, you can end up compromising and not doing a good job with either."

First Choice’s new ad embraces the ridiculous. It’s a notion not so much born of silliness for silliness’s sake, but of standing out in the market.

"The reality is that First Choice has a significantly smaller media spend than TUI and versus a lot of other players, so it’s actually more incumbent when your media spend is small to do something that’s not going to become wallpaper," Horry explained.

"So, for me, it’s not necessarily brave; we have to ensure this creative stands out in the market. Otherwise we may as well not bother. Because of that, we wanted to break a number of the category conventions and doing something that it would not necessarily have seen. At its worst, the market can do that thing where you move the logos around and you can’t particularly see who’s who."

To some degree, marketers' obsession with digital has contributed to a market-wide shift from big campaigns of old. Unsurprising perhaps, given his tenure at Tesco, that Horry is a big fan of long-term campaigns.

"Quite often, it seems to be the one-offs that people go for and for a while if felt like those longer-term campaigns were not so trendy," he said.

"There’s so much evidence now to show that the way you build a brand is in the long term and to do that you can’t go changing your message. You can change your advertising execution, but not the fundamental proposition you need to build for the long term. I think on that basis I’m hopefully not going to be changing the proposition for First Choice for some years to come."

Did Thomas Cook's high-profile collapse earlier this year cause a wariness among consumers when it comes to booking package holidays?

Horry insisted that – certainly from his own perspective – sales do not appear to have been affected and there "doesn’t appear to be any reticence".

He continued: "And, actually, whilst the whole Thomas Cook episode was horrific, particularly for those people employed and those people who missed out on their holidays, what it did demonstrate is that if a package goes wrong, you do have a level of protection.

"Whereas if you [buy independently] and one element of it goes wrong, a) you might not get out of that element; and b) you probably won’t get a payout for any of the other elements – if you’ve booked your flights separately etc."

Tui marketing director: Marketers need to learn to speak the language of business, as well as brand

Turkey of the week: Tui's cheesy ad will have you reaching for the remote