"We don't have shareholders to please or quarterly profit targets to hit, so we're not tempted to turn personal data into a revenue stream."

It’s clear which side of the data privacy conversation Firefox is on.

The browser has launched a new campaign leaning into distrust and backlash against the tech sector.

"Your life is your business. Not ours," is a huge slap in the face for companies who mine data to sell.

Tim Murray, creative director at Mozilla, told Campaign US: "We think that people should be able to travel online with safety, transparency, choice, and control. That’s not happening for them today. Companies are not treating them or their personal information with simple decency. We all deserve better."

Mozilla claims to be the first company to suspend advertising on Facebook because the team had too many unanswered questions about how it treated its users’ data. 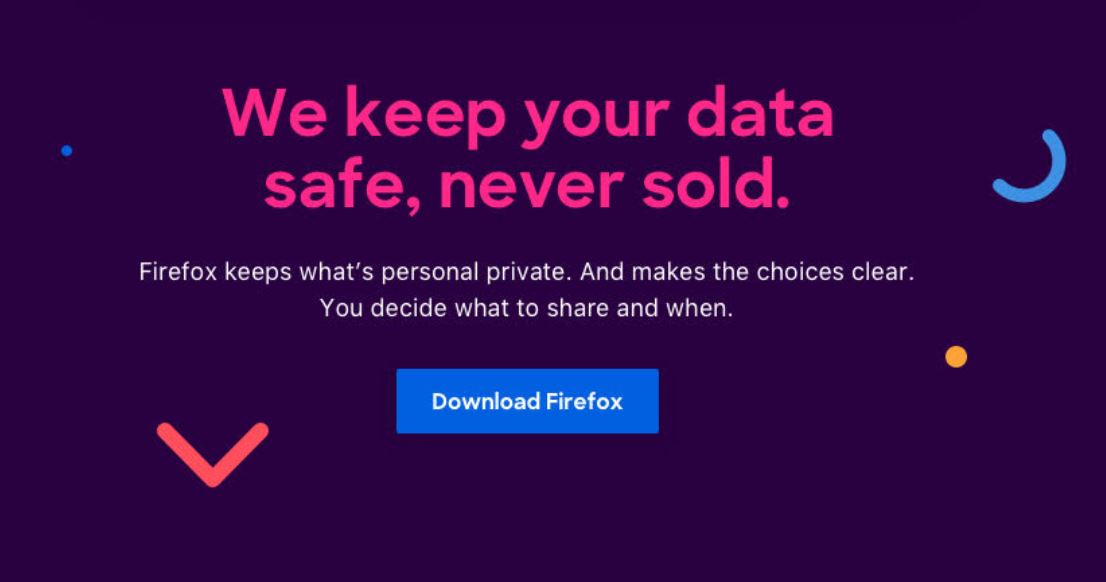 The campaign is copy driven and uses simple graphics that reinforce the message’s urgency. Digital ads, which Murray says "do not use creepy retargeting to follow you around," takes you to a landing page that provides proof of product offerings like Firefox Monitor, which alerts you if you’re name has shown up in a data breach.

An animated explainer that will run as pre-roll and on social. Firefox’s in-house creative team, which worked in partnership with Fetch and Quality Produce, is continuing to create new assets for the campaign, including a live-action video, that will extend through the end of the year.

"With Firefox products you can choose never to be tracked by advertisers, to get alerted if you’ve been hacked, and to keep what’s personal private. Always," continued Murray. "Our privacy philosophy is written to be accessible to everyone. We don’t have shareholders to please or quarterly profit targets to hit, so we’re not tempted to turn personal data into a revenue stream."

Firefox conducted a survey in the U.S. and Germany several weeks ago in which it quizzed people about feeling disempowered by companies today.

Murray added: "People told us that Firefox was different and they wanted us to offer proof. So rather than be negative, point fingers at big tech, and add to the swell of anger in the world, we opted to strike a balance in our campaign.

"We’d acknowledge the truth of what people were feeling but focus instead on what Firefox offers as an alternative. People should be able to live their lives with greater safety and security, and with Firefox they can."