United Nations campaign from DDB uses a children's game to make an eloquent point about the country's gender disparity.

UN Women Egypt’s new ad campaign may be the most difficult game of "Where’s Waldo" yet. Instead of finding a cheerful man in stripes, the goal here is to spot the lone woman among hordes of men.

UN Women Egypt worked with DDB Dubai and Ic4design Illustration on three separate ads that illuminate the gender disparity in three up-and-coming industries in Egypt: science, technology and politics. Each ad is filled with cartoon characters of men, with one woman hidden in their midst. 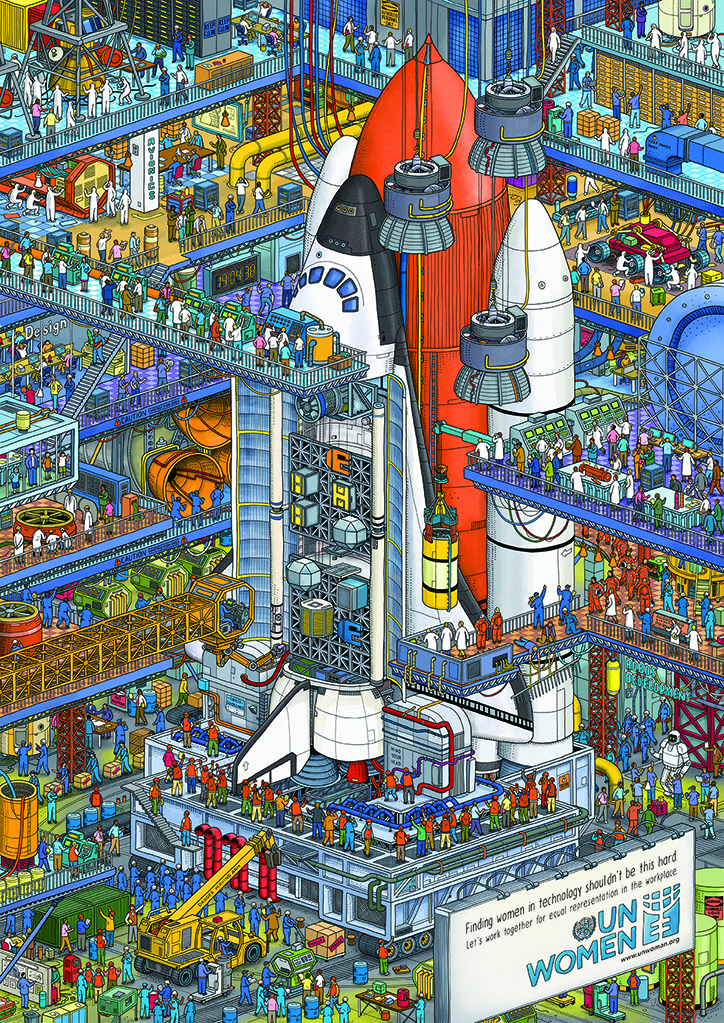 Titled "Finding Her," the campaign is meant to demonstrate how severely underrepresented women are in Egypt’s workforce. Currently, women aged 18 to 29 make up only 23 percent of the country’s labor market, one of the lowest percentages in the world, according to UN Women Egypt.

"It shouldn't be that hard to find women in the workplace," said Firas Medrows, executive creative director at DDB Dubai, in an email. "And by challenging the reader to actually spend time and look for the women, we proved our point."

The ads were published in Egyptian magazines at the end of 2016. 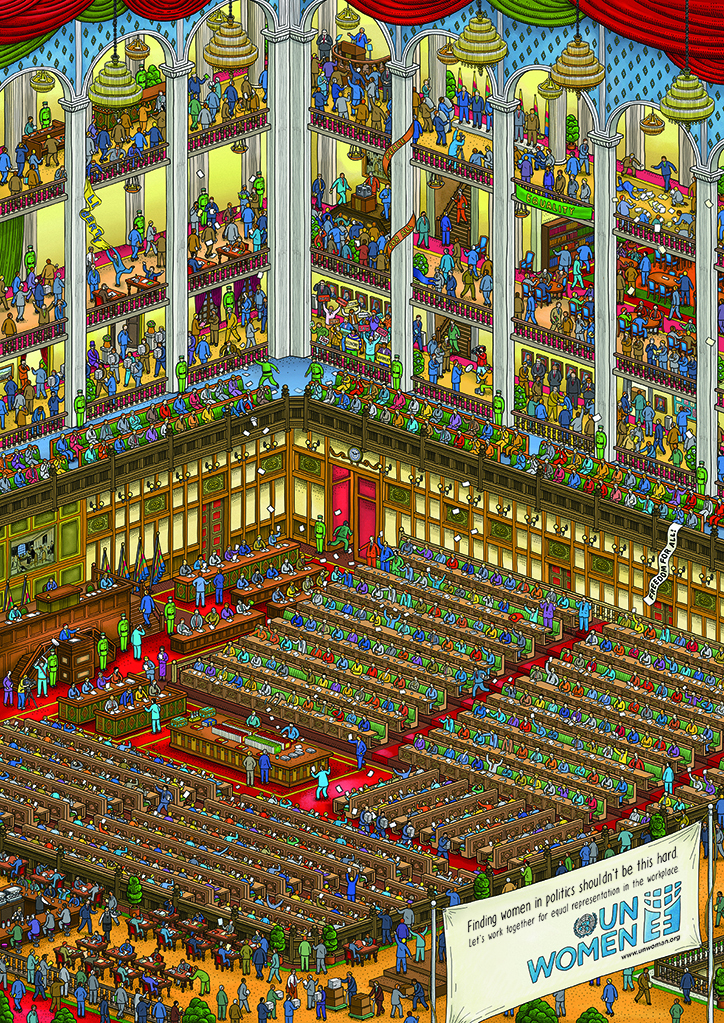 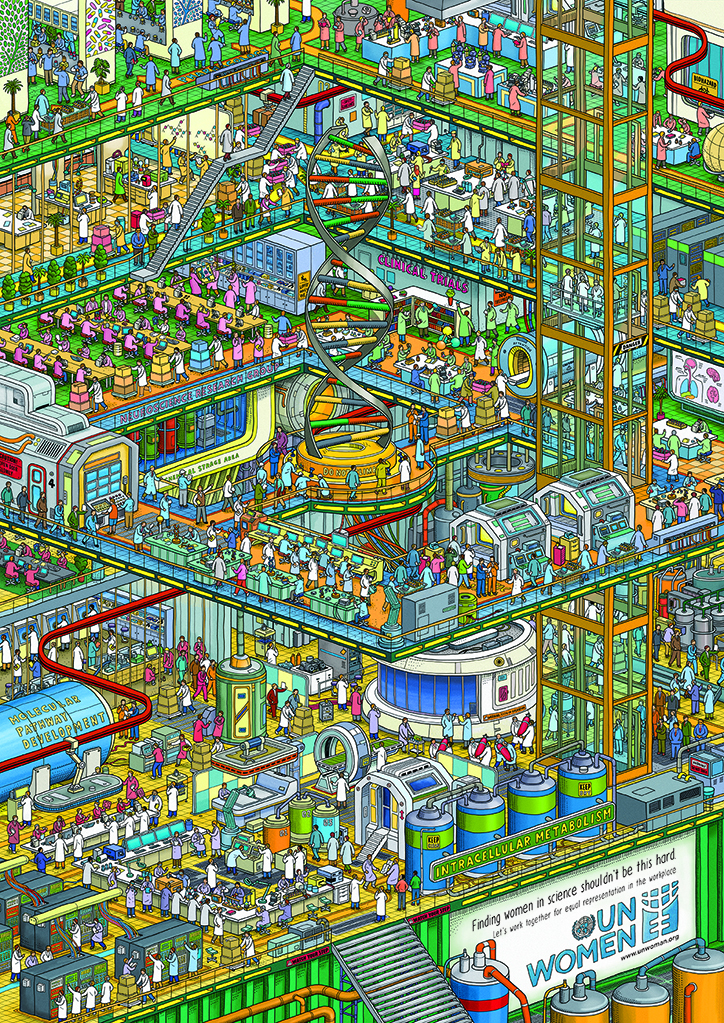