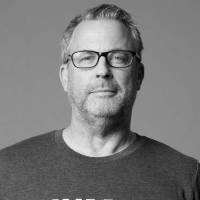 Whereas in the past, bots were easy to recognize – “they lived in data centres and lacked cookies, they behaved like bots” – today’s bots are spawned by organized crime syndicates, companies that “have executive teams, two-week sprints and employee evaluation programs”.

He said bots glean user data: usernames, passwords, email addresses and personal information. They then find ways to put malware on people’s devices – be it a cell, tablet, laptop or desktop.

Likewise for marketers, the ramifications are serious. Bots can infiltrate marketing campaigns, “flow to your websites, flow to your forms and get into your tech stack”, affecting everything from “marketing automation data management, CRM and personalization”.

Do bots dream of electric cars?
Clearly companies want to prevent such fraud. But the challenge is that bots now live on devices. “They have user IDs and device IDs, they replay normal distribution of behaviors that mimic real humans.”

“What we are able to show customers through our Marketing Integrity product, is full visibility of where the traffic is coming from your campaigns, to your website, to your form-fills.

White Ops checks the veracity or otherwise of more than 10 trillion interactions per week and in some cases, Lowden said, it has worked with “law enforcement and other top brands to take some of these organizations down and put some of them in jail”.