For its first "proper" digital campaign, 18-month-old startup FFS (Friction Free Shaving) wants to spread the word that it understands how frustrating shaving can be for women.

"As a woman, I got really fed up with how shaving is portrayed in any advertisement you see," Briar Keen, chief marketing officer and co-founder of FFS, said. "It's always a model or actress, with long legs draped over the side of a luxurious bath, shaving her already perfect, hairless legs. That is not at all what shaving's like."

FFS, explained Keen, was founded on the idea that women just did not have a Dollar Shave Club or a Harry's designed to fit their needs. "The offerings for women are rubbish. Razors are really expensive and no one's honest about what it's really like."

The start-up delivers four razors a month for a flat fee of either £5 a month or £9 a month, ensuring women have a fresh razor each week. The delivery service has garnered 12,000 monthly subscribers and has recently secured £1.25m in funding from Northern & Shell. 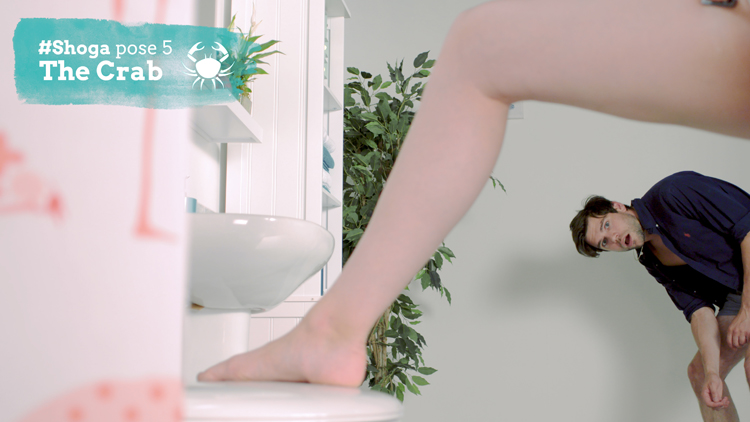 "With this campaign, we want to tell women we get it. Shaving... there's a lot of surface area. It can be fiddly and quite an exercise really. And we want to say it in the brand's tone of voice – honest, and doesn't take itself too seriously," Keen said.

The online campaign, which launches today, identifies the various "Shoga" poses women have to hold to achieve a successful shave.

While planning the campaign, FFS did some cheeky research for this and learnt via an online survey with 2,000 women that the most popular pose is the Shin Salutation (27%) – where a woman stands on one straight leg, bends the other out in front and rests it on a ledge (often the side of the bath tub or WC) so she can shave it. 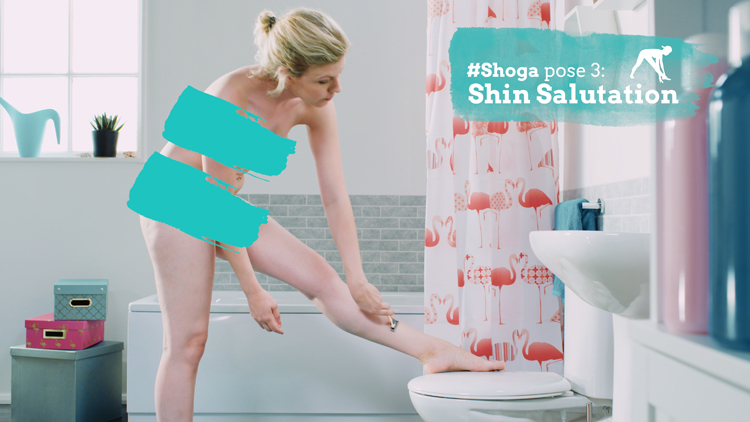 This is followed by the Crescent Loon (14%) – where a woman leans back and twists around trying to shave the back of her calves or thighs. And in third place, The Crab (12%) – where a woman bends over double (often squatting but not always!) to shave her bikini line and upper thighs.

"The tone is different, we're not pretending it's the most glamorous, sensual moment of your day ever. But we do promise to try and make things easier."

The campaign was created by the FFS team in partnership with Northern & Shell's branded content division, Brew. Other agencies supporting the campaign are Hearts and Minds, which have helped develop and grow the FFS brand from the start; Spectrecom Films who produced the #Shoga video; and Roar Local for digital marketing.

The online video can be viewed at on the brand's website as well as across its social media platforms. It will also run on Northern & Shell titles.

The goal of the campaign is to introduce the service to more women, while pushing a raft of new products that are launching. Most recently, FFS launched a new premium razor in response to customer feedback.

"We want to build brand awareness, have people engage with us and maybe have a laugh. With luck it'll lead to a growth in sales," Keen said.

Blink Brow Bar: how a marketer turned into a successful entrepreneur

Turkey of the week: Harry's "Meet shaving's other guys" by Brothers and Sisters

Dove needs to refocus on honesty, not rely on 'stunts'