When Shelley Zalis went to pitch her online research company to potential buyers, she was handed a presentation bankers had put together that screamed "normal."

The founder of OTX, who went on to become CEO of The Female Quotient and creator of The Girls’ Lounge, said the black and white deck was filled with tiny numbers and yawn-worthy content that made her company look completely unrecognizable to the one she’d built.

With just hours to go until the meeting, Zalis told the bankers she wouldn’t present it.

"They told me it was typical, but I’m not typical," she told a crowd at The Girl’s Lounge, part of the ANA Masters conference in Orlando, on Friday. "I said, ‘leave me alone, give me the deck and give me three hours and every page is going to excite and delight you.’" 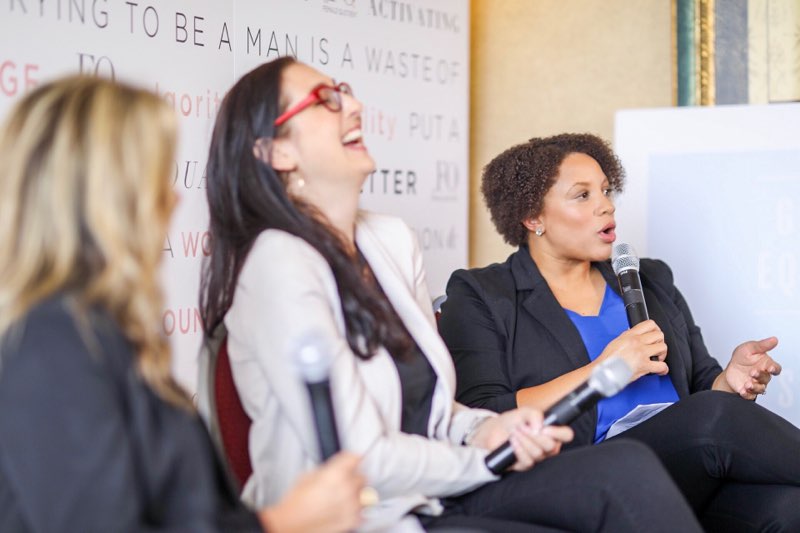 The self-proclaimed "Chief Troublemaker" refused to share the revised deck until the presentation.

"Who wants to invest in innovation if it’s already been done?" she continued. "I looked at the bankers and said, ‘your way wasn’t the right way when it’s an innovative, next generation company -- it’s never been done before and I’m not going to conform to the norm because the norm is yucky."

Zalis was joined by Maxeme Tuchman, CEO and co-founder of Caribu, and Jamika Doakes, senior philanthropy manager at AT&T, to discuss how supporting female entrepreneurs benefits all of us.

The trio shared the best and worst advice they’ve ever received. 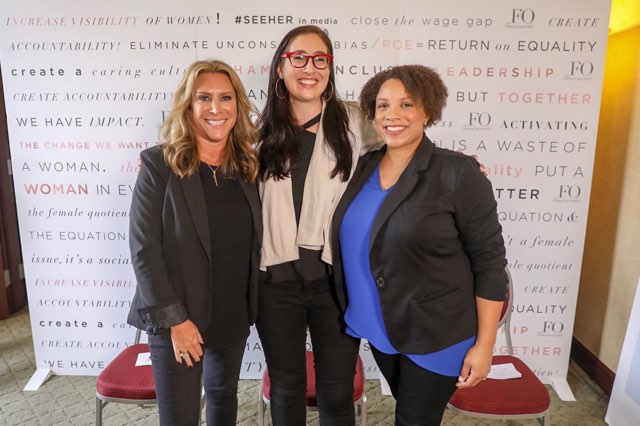 Best
Bring me to the table. Break the rules that don’t make sense and rewrite them. Being different is good because it’s what makes innovation happen. Believe in yourself because if you don’t then no one else will. Don’t conform -- transform.

Worst
Wait for the right time.

Best
For any of you who are going to take the leap and build your own business, no matter what you do next it might not be a tech startup but it will most definitely be tech-enabled. As you’re thinking about that, either give yourself those skills or find someone like my co-founder who is just a rockstar in tech -- don't outsource that piece. It becomes a disaster in many ways.

Worst
I get a lot of what I call 'investor whiplash.' I will go into a pitch with investors and they will freak out because I don’t have an exit slide. So I go home and add an exit slide. Then an investor in the next pitch would be like, ‘why are you thinking about an exit? This is crazy -- you should be thinking about global domination.’ What I’ve learned from this whiplash is that I have to have my north star and figure out what I want for this company and that’s what I present.

It’s all dating. It’s just like trying to find a life-long partner; if I keep trying to be someone else for that partner, I will never be true to myself. Now, if someone’s like, ‘where is your exit slide?’ I tell them we don’t have one because we’re going for global domination. Thank you very much.

Best
This woman once said to me, ‘your word is your bond, and whatever you say and whatever you do I want to be your advocate. But if you don’t do what you say you’re going to do then you can scratch me off your list.’ So I make sure I’m intentional about the people I talk to -- the type of dreams and strategies I share with them -- because they’re interviewing me just like I’m interviewing them. My word is my word and that’s what I stick with.

Worst
When a leader tried to tell me certain words I shouldn’t say or comments I shouldn’t make in meetings. I realized he was asking me to conform to who he was as a leader. I had to ask myself, ‘well you’ve gone through 37 years of your life, and this person’s been in your life maybe three or four -- you’ve made it this far.’

So it’s just being honest to who I am and if someone doesn’t like what I say or the questions that I ask then maybe I shouldn’t be in that room -- I’ll find another room to be in.

Clorox's drive to be more 'human-centered' after 'utterly failing'

Planned Parenthood calls on brands to step up and lead inclusion