People are more inclined to change their lives for the better when content is motivational instead of based on shock-value, study finds.

Healthcare marketing that zeroes in on people’s deep-seated motivations and emotional triggers -- especially fear and hope -- inspires action and stimulates thoughtfulness by double-to-triple digits, according to the 2018 Wunderman Health Inertia Study.

The annual study research on health inertia, in which people get stuck in poor health habits despite having an abundance of information about good health and how to achieve it, focused on the smoking category. It’s a space that’s seen decades of education which has failed to persuade the 38 million American smokers to quit.

Wunderman Health tested a flight of marketing content tailored to three different motivations for quitting smoking against the CDC’s current, one-size-fits-all anti-smoking campaign, which hinges on the common, fear-driven message that smoking kills.

"People act on motivation, not information, and on content that stirs both negative and positive emotions over a period of time," said Becky Chidester, CEO of Wunderman Health.

"The healthcare industry has done a great job educating people about medical conditions and treatments, but it has missed the mark in creating content that truly stimulates action."

The motivations it tested, which were uncovered through a behavioral research analyses that leveraged machine learning, included: having a good life; achieving family security and; making social connections. The content was also designed to test the impact of striking different emotional chords, which included fear, joy and hope -- the latter two are uncommon in category marketing. 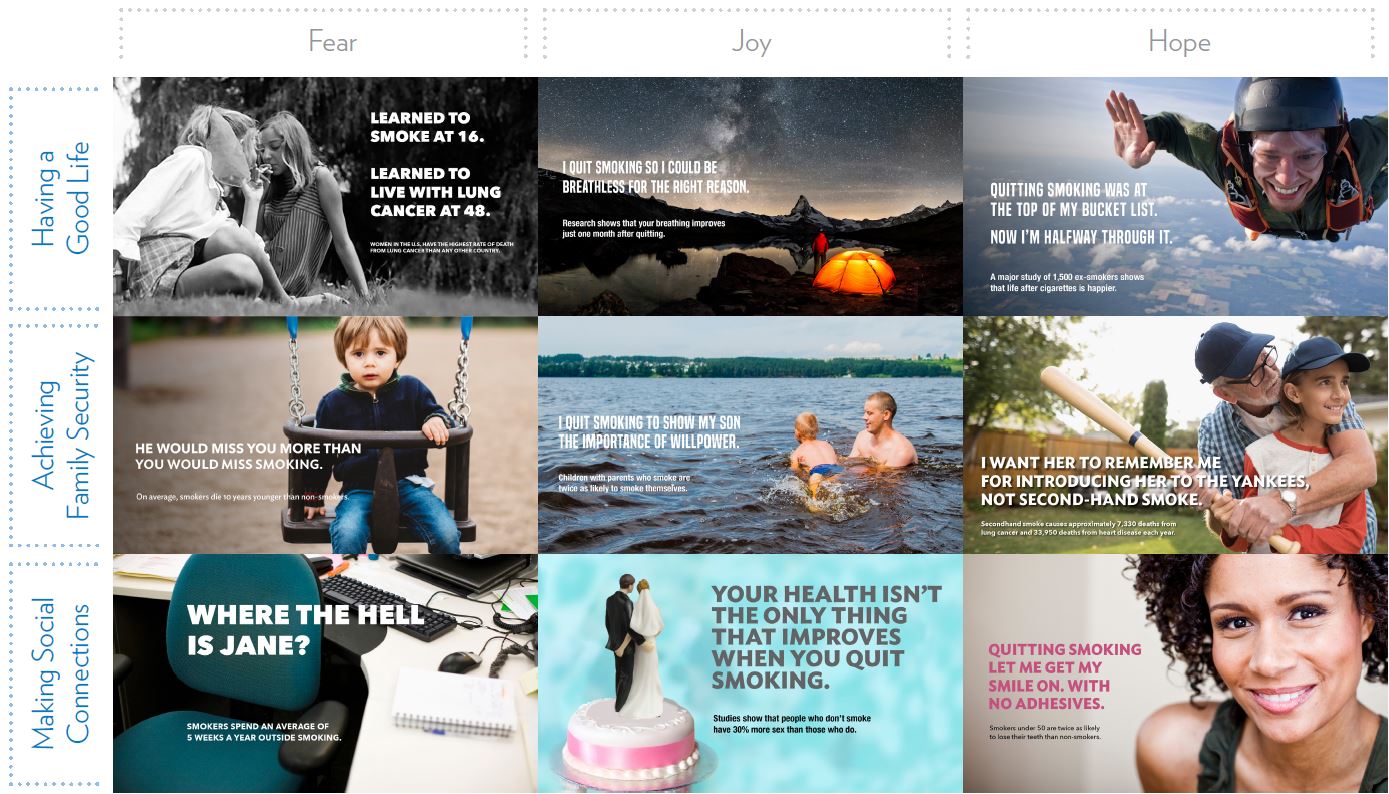 In the study revealed that the emotional triggers of fear and of hope stimulate different parts of the brain, offering marketers a powerful combination to use at different points during a campaign.

When people motivated by a desire to have a good life were exposed to content that triggered their fears, they felt nearly three times more surprise (plus-269 percent) and were shocked into making a commitment to quit smoking. When that same group was exposed to an ad designed to elicit hope, they exhibited 46 percent more concentration and reflected more deeply about their reasons and plans for quitting.

The research found that when people motivated by a desire to achieve family security were exposed to content targeted to that desire, they were 16 percent more likely to say, "I am going to create a plan to quit smoking," than they were after seeing an ad from the CDC. In the real world, this would translate to six million smokers creating a plan to quit who would not have otherwise done so.

"People today have access to more information about their health than ever before in history, yet over and over, we hear them say they believe they’re already making good enough health decisions and don’t need to change," Chidester continued.

This false sense of security helps explain why insurers report abysmal uptakes of their wellness programs, why doctors see non-compliance, and why nearly 38 million people continue to smoke, despite decades of public health initiatives about its dangers.

Chidester explained that the stakes get higher every day. As the pipeline of resources designed to make us better stewards of our own health grows, and as the financial responsibility for good health increasingly falls on individuals, every stakeholder in the healthcare ecosystem will rely on the partners who can shake the mantle of health inertia and inspire action.

Yannis Kotziagkiaouridis, global chief analytics officer at Wunderman, added: "Marketers have an unprecedented opportunity to break the cycle of health inertia by using a range of new technology and data analytics tools.

"By drilling down into people’s motivations and emotions, we now have the ability to spur both small and very large groups of people to action."

The fast, simple way to fix the retail/agency disconnect