The U.K. supermarket chain provoked both praise and complaints over its WWI-themed Christmas campaign

Ipsos Mori and RealEyes interviewed 263 adults between Nov. 14 and 17 and used facial coding to measure their responses when watching the ad.

The country's Advertising Standards Authority last week declined to sanction the "Christmas Is For Sharing" ad. The ASA had received more than 700 complaints that the ad was insensitive for co-opting First World War imagery in portraying the Christmas Truce of 1914.

The facial-coding tests indicated there was "no sign that the film is provoking high levels of disgust," despite the complaints. In fact, the research found the reveal of Sainsbury’s brand and the connection to the British Legion "generates a surge of positive emotional response". 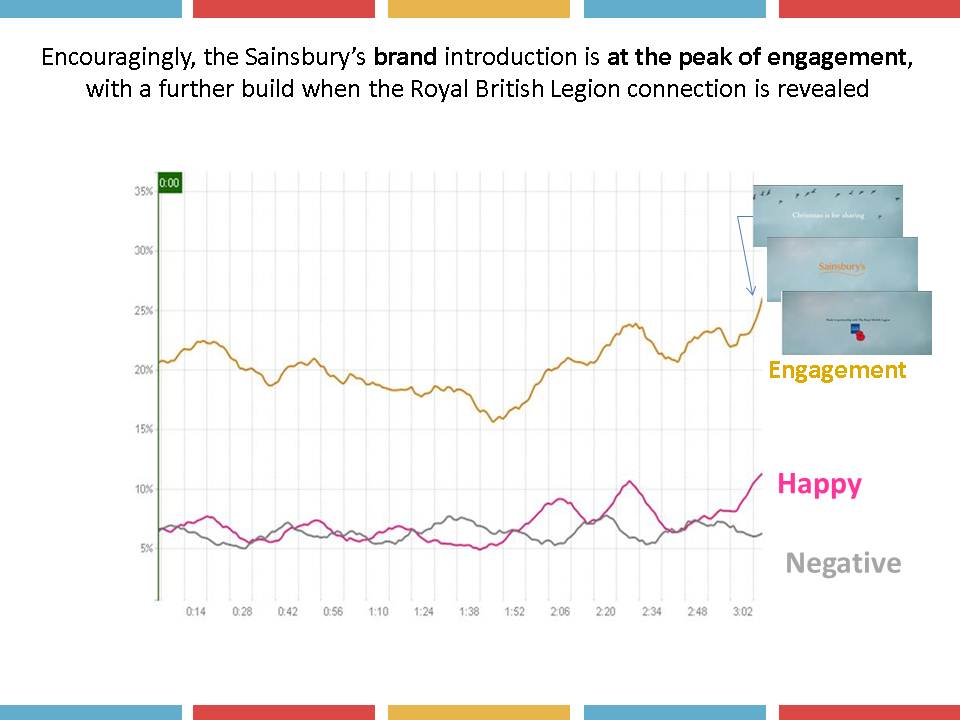 Ipsos Mori also found that over-40s who watched the ad, which was created by Abbott Mead Vickers BBDO, showed a "more consistent and higher level of emotional engagement" than younger audiences. 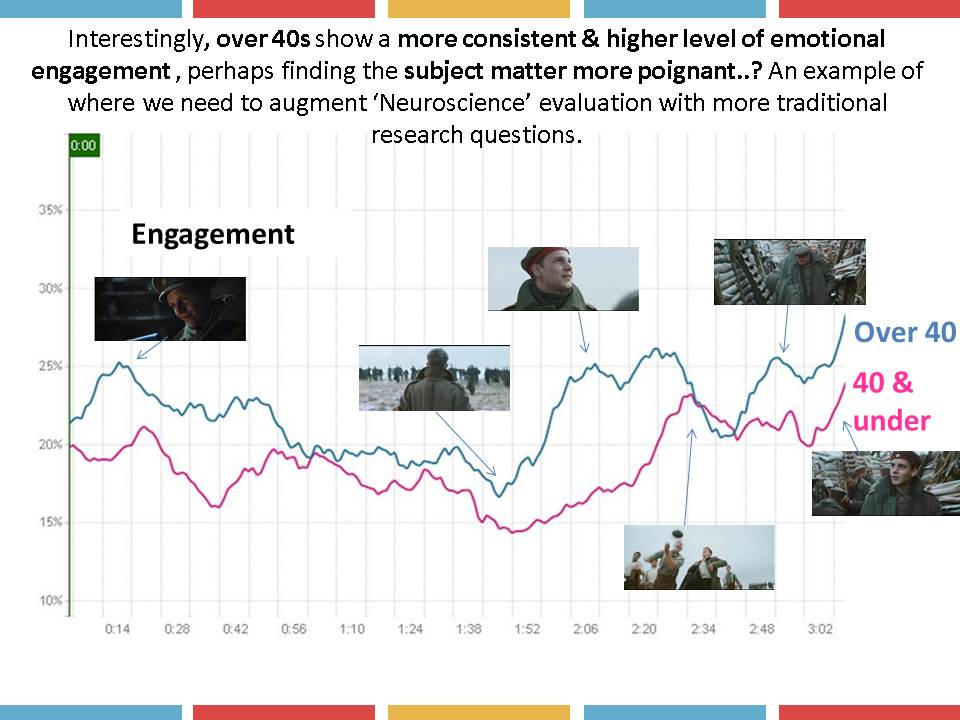 Sainsbury’s "Christmas is for sharing" ad prompted 727 complaints to the ASA for being distasteful, but the advertising watchdog said that it would not pursue the matter as it was unlikely to break its rules around "serious harm and offense."

- This film, over three-and-a-half minutes long, develops slowly, with engagement declining throughout the first part of the narrative. Interest only really starts to build in the second half of the ad with the poignant personal interaction in No Man’s Land, a football game and soaring music. 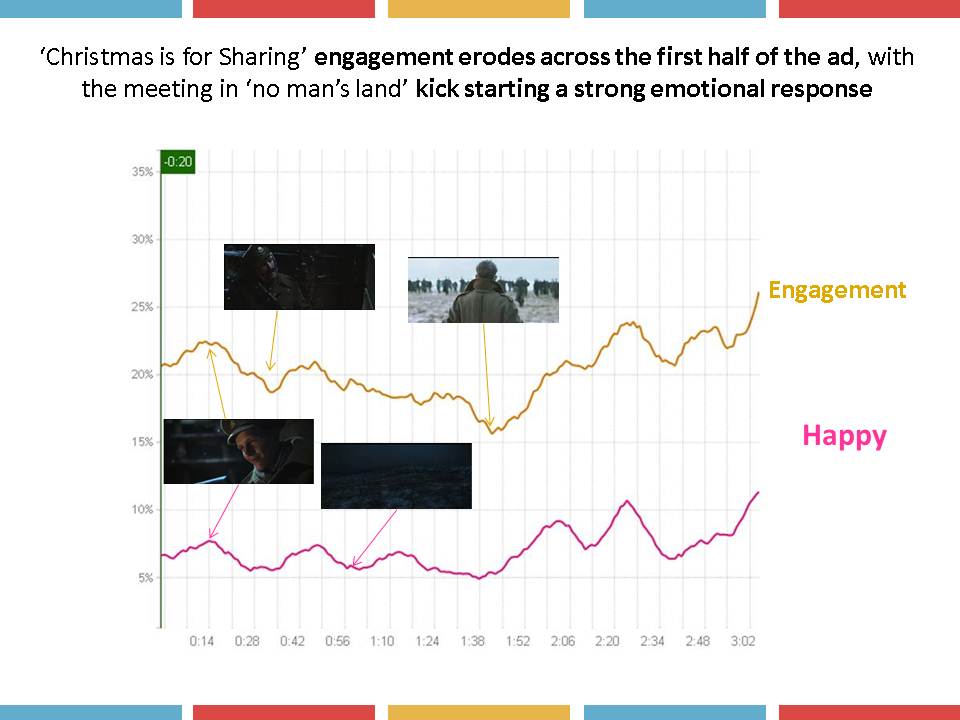 - Music and sound play important roles, with some of the more emotive moments occurring at key sound cues – the singing of ‘Silent Night’, the first notes of uplifting music, the sound of the guns.

- Opinions in the media, social or otherwise, seem divided, with some vitriolic response. But the facial coding shows none of that. In fact, negative emotions generally, and disgust specifically, are lower than we would typically see. 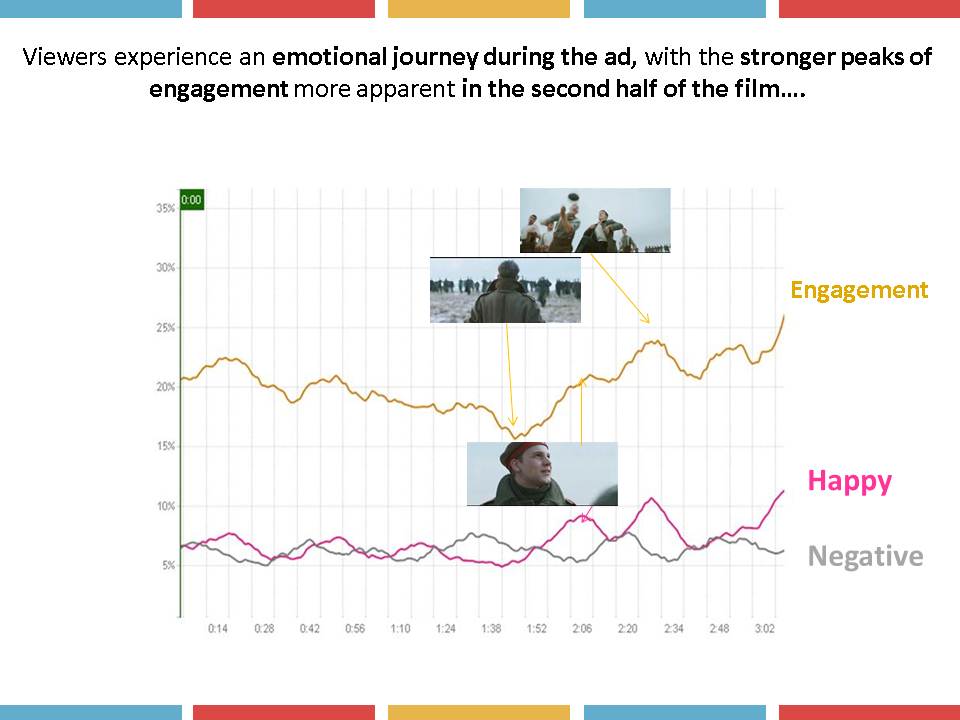 - The story reaches an emotional peak when the idea of "Christmas is for sharing" is revealed. The brand’s connection with helping the British Legion achieved the ad’s positive emotional high point.

This story first appeared on campaignlive.co.uk.