Facebook's digital adspend growth is forecast to be even higher than previously thought this year, growing by nearly a third, in eMarketer's latest digital adspend report for the UK.

EMarketer said that updates to mobile video formats on Facebook, increased revenues from ads in mobile news feeds and the introduction of new Instagram ad formats have helped to drive this growth.

It comes at a controversial time for Facebook, having admitted last week it has been miscalculating the average amount of time that people spend viewing its videos. 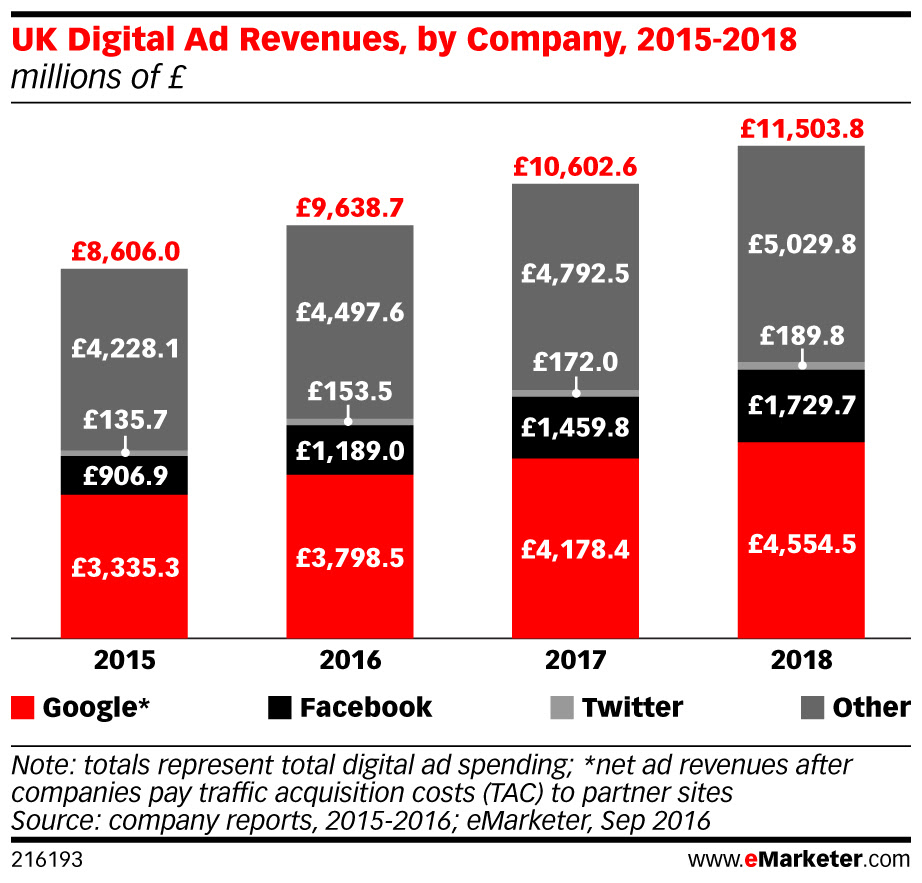 Despite the large increase, Google remains the biggest earner of digital adspend in the UK with 39% of the overall market, compared to 12% for Facebook. While Google’s share of the market is forecast to remain at just under 40% for the next two years, Facebook’s share is expected to grow to 14% in 2017 and 15% in 2018.

EMarketer expects Google’s ad revenue to grow by 13.8% to £3.8bn this year, rising to £4.6bn by 2018 – more than double the rate of growth eMarketer expected in February.

Meanwhile, Twitter, which grew by 71.1% last year, will grow by 14% to 153.3m in 2016. Twitter’s growth has been downgraded following sluggish growth reported in its second quarter earnings report.

Overall digital adspend in the UK is expected to grow by 12% this year, according to eMarketer’s latest forecast, despite business confidence falling in the wake of the Brexit vote.

Bill Fisher, a senior analyst at eMarketer, said: "Across search and social media, mobile’s influence on ad spending continues to be significant.

"This is simply a response to consumer behavior, with the majority of social media usage now occurring on mobile, and mobile search behavior, too, becoming more pronounced."

Is Facebook Live a serious threat to broadcast television?