Users will be able to discover and drop in to rooms, as well as use AR filters and custom backgrounds.

Facebook has launched its response to the rising popularity of group video chats by expanding group video functions on Messenger and WhatsApp.

The social media titan is rolling out Messenger Rooms, which enable group video calls for up to 50 people. Users will be able to discover and drop in to rooms, as well as use augmented-reality filters and custom backgrounds.

During the lockdown, video-conferencing software and apps such as Zoom, Microsoft Teams and Google Hangouts have emerged as popular communication platforms for business and personal use.

Messenger Rooms allow users to create a "room" of people and set custom permissions for the participants, presenters and owners. Like Microsoft Teams, users can share the screen and use the camera at the same time.

This is the latest in a string of products from Facebook called "Rooms" – following a stand-alone app launched in 2014 that allowed users to be anonymous and, two years later, a public group-chat function within Messenger. Both were later scrapped, with the latter integrated into Groups in 2018. 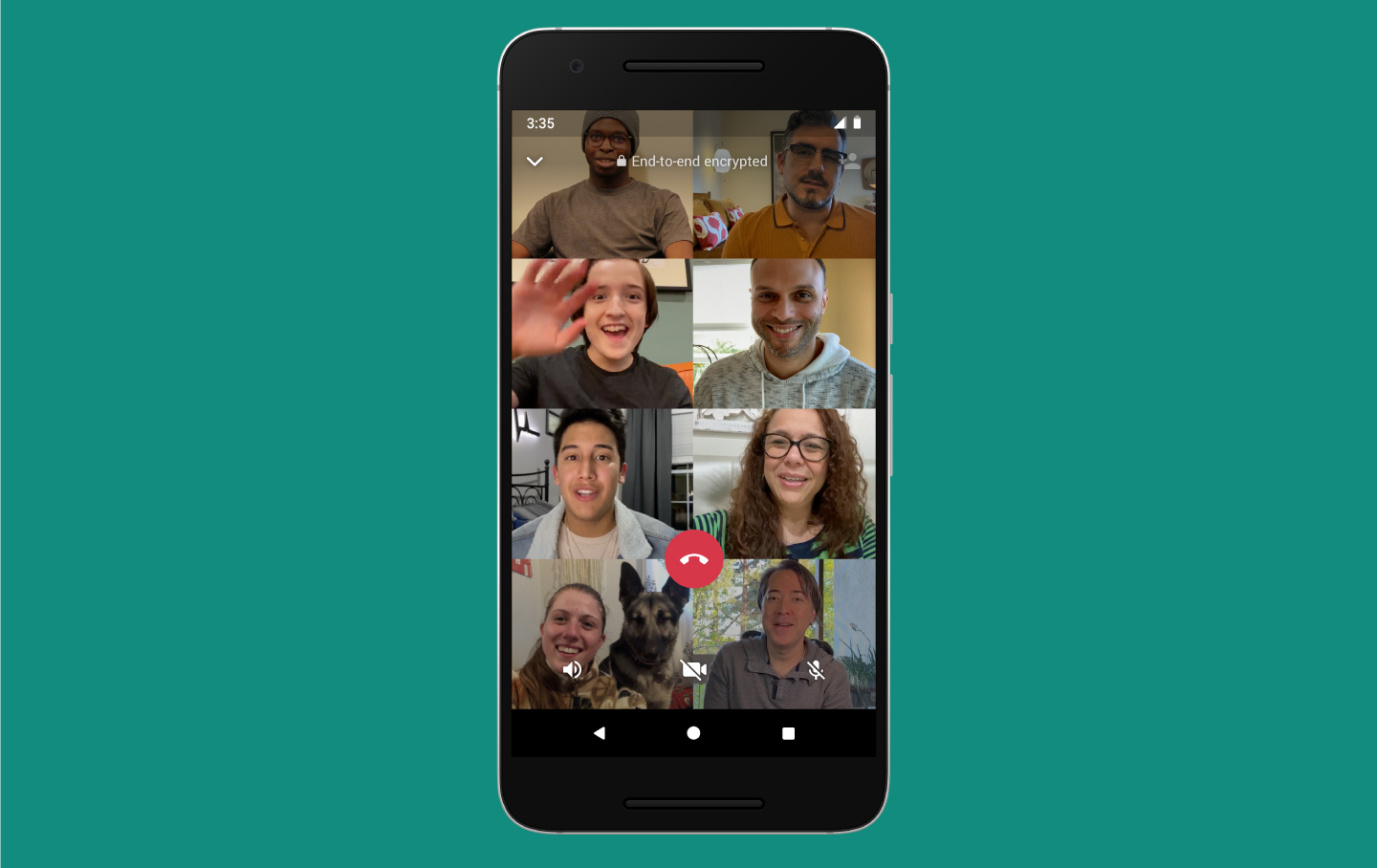 Facebook is also expanding WhatsApp video calls to eight people, up from four (pictured, above).

Messenger Rooms are rolling out in some countries this week and will expand to the rest of the world in the coming weeks, including the US.

Stan Chudnovsky, vice-president of Messenger, said: "We built Rooms with privacy and safety top of mind, so you can feel comfortable connecting with your friends, family and communities.

"We don’t view or listen to your calls, and the person who creates the room controls who can join, who sees the room and if the room is locked or unlocked to new guests. The room creator must be present in order for the call to begin and the creator can remove guests at any time."

Google to force advertisers to prove their identity

Do news publishers need special financial support because of the virus ad slump?