The proportion of time that Britons spent watching video on Facebook fell by a fifth last year as YouTube increased its share, according to research by Thinkbox.

The TV trade body said it was "surprised" by Facebook’s decline but maintained its figures were "the best we can go on" and based on independent data.

Thinbox said Facebook accounted for 1.7% of time spent by all individuals viewing video, including TV, compared with 2.2% in 2015. By contrast, YouTube viewing rose to 6.4% from 4.4% of time spent.

Broadcast TV, including live, catch-up and video-on-demand, still dominates viewing but it fell to 74.8% of time spent compared with 76% a year earlier, according to Thinkbox. 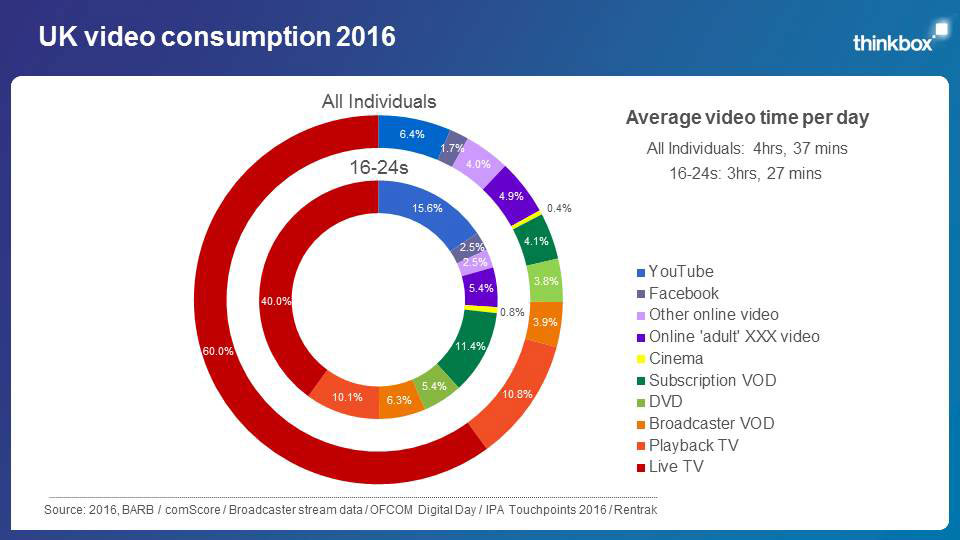 Viewing on subscription VoD sites such as Netflix grew slightly to 4.1% from 4%.

TV remains the key medium for advertising, accounting for 94% of all film ads watched. YouTube was responsible for only 0.7% and other online sites, including Facebook, 5.2%. 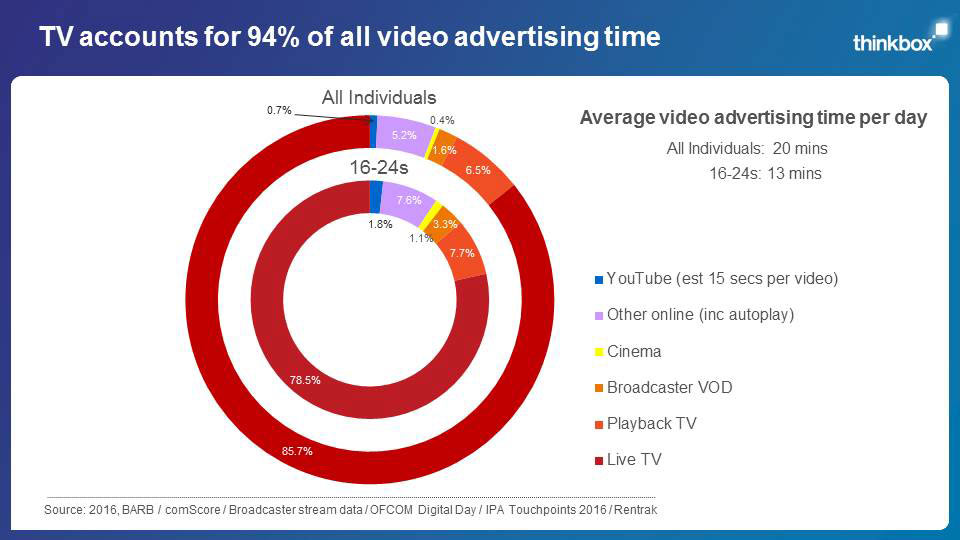 Matt Hill, research and planning director at Thinkbox, said it showed TV’s "unrivalled ability" as "advertisers are getting their ads seen on a full screen with sound".

Tony Evans, EMEA marketing science director, Facebook, said: "Time spent with video on Facebook has increased substantially in the UK. The methodology presented in this study is flawed and incomplete."

Facebook chief: We are 'people first, transparent and striving to be open'

Facebook signs on Meetrics as another third-party measurement partner

Google: We got balance wrong on 'educating' advertisers about brand safety on YouTube

Is Facebook Live a serious threat to broadcast television?

Facebook Live is a nail in the coffin for broadcast TV