Mindshare's head of mobile makes a bold claim, and backs it up. 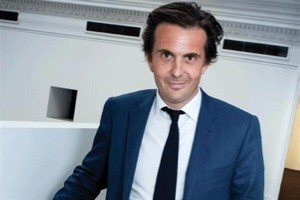 Most read: Havas reports 28 per cent year-on-year profit growth for first half of 2015

Havas has released its half yearly results, and unlike WPP's cautious statement this week, Havas chairman and CEO Yannick Bolloré is bullish, saying, "I think for the first time we’re posting the best growth results of any group."

Here are the headline numbers:

For more, including Bolloré's view on China’s stock market crash, read Campaign's report on Havas' half yearly report for 2015.

French writes that the deal "includes an adspend commitment, which is thought to be worth tens of millions of dollars" will result in "a specialist team installed at BuzzFeed Motion Pictures, focusing on creating branded content for clients of WPP" and "WPP agencies will receive preferential media pricing for advertising campaigns".

BuzzFeed [will give] GroupM and WPP's agencies the first access to its new "POUND" data technology that offers insights not only on how content and ads are performing on BuzzFeed's site, but also how it is shared elsewhere on social media platforms such as Facebook, Twitter, Snapchat and YouTube.

BuzzFeed just announced a big partnership that will turn on the money jets, by Lara O'Reilly, Business Insider UK

Opinion: What could Facebook's virtual assistant mean for advertising?

According to Mindshare's head of mobile Neil Bruce, the virtual assistant, M, could make Facebook "the most compelling media property on the planet." *Does comedy double take*. Tell us more, Neil:

Facebook definitely has one eye on the advertising pie with the introduction of M. Think of a world where Facebook knows where you are, where your next meeting is, and how long it’ll take you to get there (as Cortana already does). Cue paid advertising from Uber encouraging you to book one of their cars, rather than taking the bus.

Advertising opportunities exist for every advertiser – large or small. BP could remind you to stop and fill up your car at one of their petrol stations before you go on your road trip, while a local restaurant could pitch to host you for dinner.

And the potential ad revenues don’t stop at reservations. Don’t forget, all this data can be used to better target Facebook’s in-feed advertising.

Facebook’s paid advertising proposition has always been about advertising to people rather than to audience segments, and the knowledge of your habits will take this concept to another level.

This, added to the rumours of Facebook using keywords in WhatsApp conversations to better target their in-feed advertising, and using Facebook login data to target people across device, outside of Facebook, via Atlas, is likely to make them the most compelling media property on the planet.

The trick will be achieving widespread adoption of the virtual assistant work where Apple, Google and Microsoft have struggled.

But the latent appetite is there, Bruce says, citing a research study by Mindshare’s Future_Medialab and London Goldsmith’s University. Read on for the details.

On social: top branded Vines of the month

See the whole piece for more Vines from Coca-Cola and Walkers.

It's the Friday before a bank holiday weekend. If you've made it this far down today's bulletin, congratulations. We admire your commitment.

Here's a reward, a light piece of comedy content marketing about spurious work hacks. We like the technique for leaving work early without anyone noticing.

If only this bulletin was called 16:05 rather than 18:05 it would have been more useful. Next time.

Enjoy the long weekend, 18:05 will return on Tuesday.

How not to make peace in the 'burger wars'

Summer in the City is so last week