The Diageo whisky brand is carrying out its biggest ever F1 activation around this weekend’s Grand Prix. It is aiming to sign up 250,000 people over the weekend to #JoinThePact, its initiative for people to commit to never drink and drive.

At Wednesday’s F1 Live event in London, the brand invited fans to sign their names to the pledge, either on a "pledge wall", next to the stage in Trafalgar Square on which music acts including Bastille and Kaiser Chiefs performed, or on a McLaren 570S car installed at Charing Cross station.

The activation was created and delivered by CSM Sport & Entertainment.

Getting on board with the same message, Heineken will be showing its ad, "When you drink, never drive", which features archive footage of Jackie Stewart apparently being offered bottles of the beer, but turning them down.

The ad, which launched last year, was created by Publicis Italy. 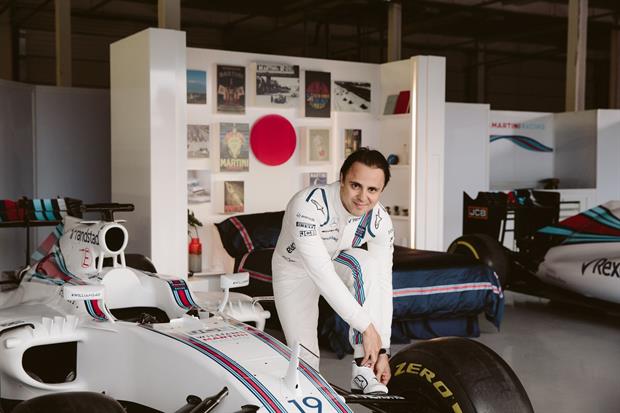 The travel platform has teamed up with Williams Martini Racing to give a competition winner the chance to stay overnight in the F1 team’s garage at Silverstone, this Saturday, the night before the Grand Prix. The winners will get to meet F1 driver Felipe Massa (above). The activity will be managed by CSM Sport & Entertainment

The French auto brand, which is marking 40 years of involvement with F1 this year, brought in 79-year-old motor racing icon Rosemary Smith to star in a short film, in which she became the oldest person ever to drive one of its F1 team cars.

This film is part of a campaign that also offers anyone test-driving any Renault road car entry into a draw to spend a day driving F1 cars at the Paul Ricard Circuit, in the south of France.

The campaign was created by Publicis London.

The deal will see F1 races, starting with the British Grand Prix, covered through Snapchat's editorial platform Discover. The event will appear in Our Stories, one of the content formats in Discover, which curates photos and videos submitted by users of the app.